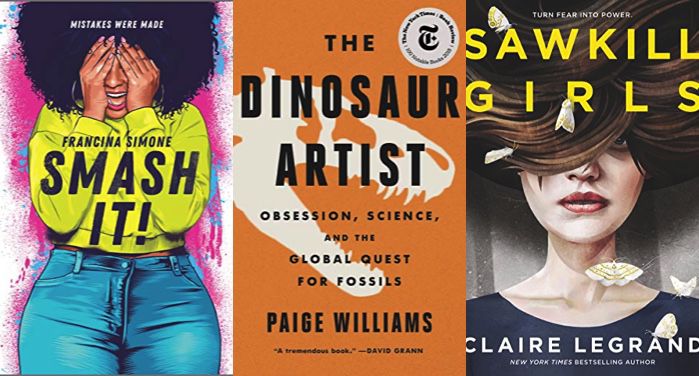 Hearts Unbroken by Cynthia by Leitich Smith for $0.99

The Frangipani Tree Mystery by Ovidia Yu for $3.99

The Trial of Lizzie Borden by Cara Robertson for $2.99

My Best Friend’s Exorcism by Grady Hendrix for $2.99

Hunted by the Sky by Tanaz Bhathena for $2.99

The Red Queen by Victoria Aveyard for $2.99

Parable of the Sower by Octavia E. Butler for $2.99

Animals in Translation by Temple Grandin for $1.99

The Witching Hour by Anne Rice for $2.99

Gods of Jade and Shadow by Silvia Moreno-Garcia for $4.99

The Fact of a Body by Alex Marzano-Lesnevich for $2.99

Night of the Mannequins by Stephen Graham Jones for $3.99

Gingerbread by Helen Oyeyemi for $4.99

Mycroft Holmes by Kareem Abdul-Jabbar for $2.99