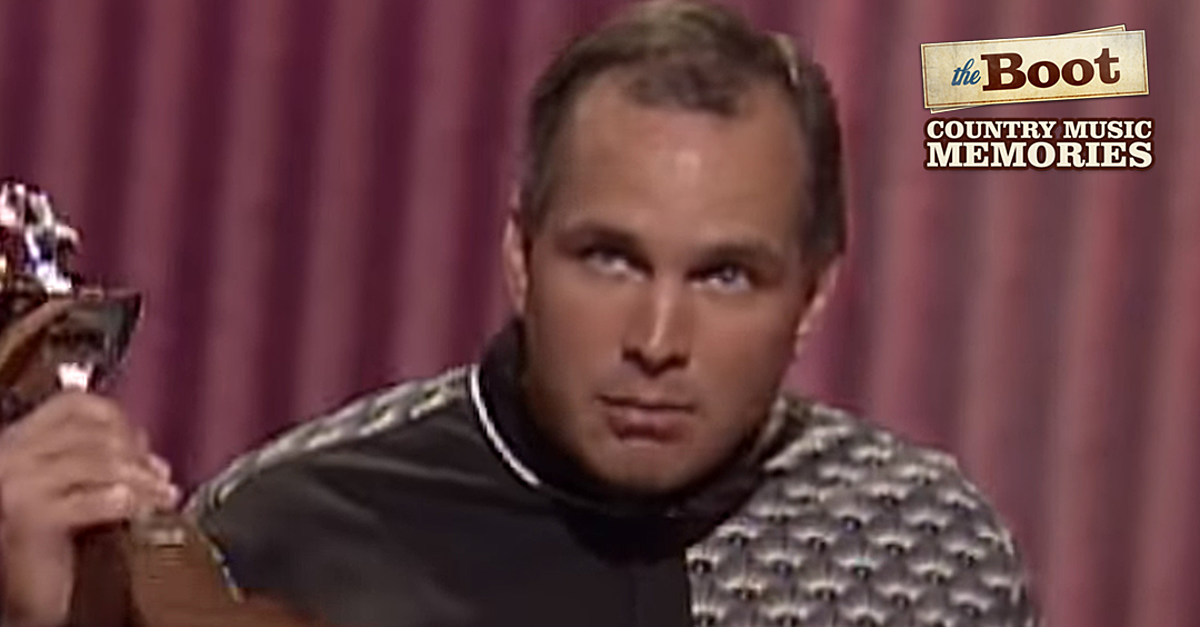 Garth Brooks has broken numerous records and won many prestigious awards, including multiple ACM Entertainer of the Year awards. His EotY win in 1992 was extra special, though, because it was his third consecutive win in the night’s biggest category.

In the above video from the 1992 ACM Awards, Brooks kisses his then-wife, Sandy, and takes off his hat to accept the big honor.

“Thank you very much,” Brooks says. “I would like to thank the guys that are probably most responsible for this. I’d like to thank George Jones and George Strait for being such a great influence on any kind of artist. I’d also like to take the chance to thank guys like T. Graham Brown and Steve Warner and Chris LeDoux for showing me that off stage that it pays to be a nice guy, too. So those guys are really cool.”

The superstar goes on to thank his old band, Stillwater, and the people at NBC “for bringing us to a lot more people than we ever could have out on the road. Mostly those people that camp out for those tickets, I think you guys are crazy but I appreciate it. God bless you!”

Brooks went on to win ACM Entertainer of the Year in 1993, 1997 and 1998, along with handfuls of other ACM accolades. Brooks’ most recent ACM Awards win came in 2015, when he received a 50th Anniversary Milestone Award.

Go Backstage at the ACM Awards in the 1990s: