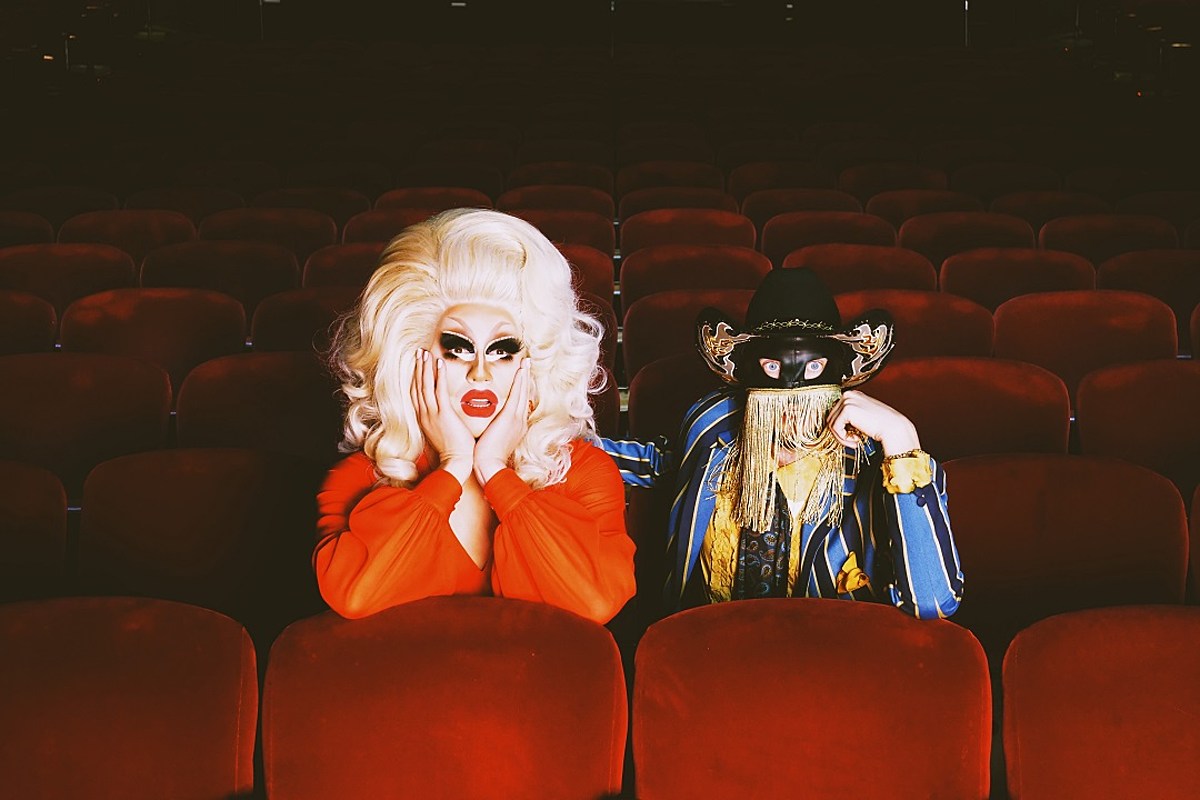 Orville Peck and Trixie Mattel clearly had plenty of fun making their new duet, a cover of the classic song “Jackson.” The chemistry radiates out of them throughout the song, released on Friday (April 30), and its accompanying music video.

From the stage of Los Angeles’ stunningly restored Theater at Ace Hotel, singer-songwriter Peck — donning one of his signature fringed masks, of course — and Mattel play off each other as they go back and forth and harmonize on the lyrics of “Jackson.” They’re backed by Zach Fenske, Cory James and Price Smith during the Assaad Yacoub-directed music video.

“We got married in a fever, hotter than a pepper sprout / We’ve been talkin’ ’bout Jackson ever since the fire went,” Peck and Mattel — hair teased high and donning a kicky red dress — sing, sparring back and forth via song. “I’m goin’ to Jackson, and that’s a fact / Yeah, I’m goin’ to Jackson, ain’t never comin’ back.”

“”Jackson”! A stunning callback to the golden era of country music! A time of wigs and rhinestones (thank God) and iconic duets,” says Mattel, who rose to fame after competing on RuPaul’s Drag Race in 2015 and winning RuPaul’s Drag Race All Stars‘ third season in 2018. “Orville and I are thrilled to put our spin and flourish on this anthem of American music.”

Written in 1963 by Billy Edd Wheeler and Jerry Leiber, “Jackson” was originally recorded by Wheeler, but became successful twice as a duet in 1967. Nancy Sinatra and Lee Hazlewood took their version of the song to the Top 20 of the Billboard Hot 100, while Johnny Cash and June Carter hit No. 2 on the country chart and won a Grammy for their performance.

“There’s never been a greater country duo than Johnny Cash and June Carter,” adds Peck. “I think “Jackson” has remained iconic through the years because it perfectly captures the humor, storytelling and relationship between performers that every good country song should.”

“Jackson” is one of four covers on Mattel’s new Full Coverage, Vol. 1 EP, released on Friday (April 30). In addition to the country classic, the project includes Lana Del Rey’s “Video Games,” the Violent Femmes’ “Blister in the Sun” and Cher’s “Believe.”

Mattel has previously released three full-length albums, including 2020’s Barbara. She also has a beauty line, Trixie Cosmetics, and hosts a podcast (The Bald and the Beautiful), among other endeavors.

Blake Griffin Rocks Superbad-Inspired Kicks In Game, I Am McGriffin!
James Gunn’s ‘The Suicide Squad’ Officially Rated “R” for “Violence,” “Gore” and “Graphic Nudity”
Can You Be Nostalgic For A Book You Never Read?
Robert De Niro Injured Quad at On-Location Home for ‘Killers of the Flower Moon’
Dev Patel’s The Green Knight Trailer Is Here To Drop Your Jaw And Blow Your Mind