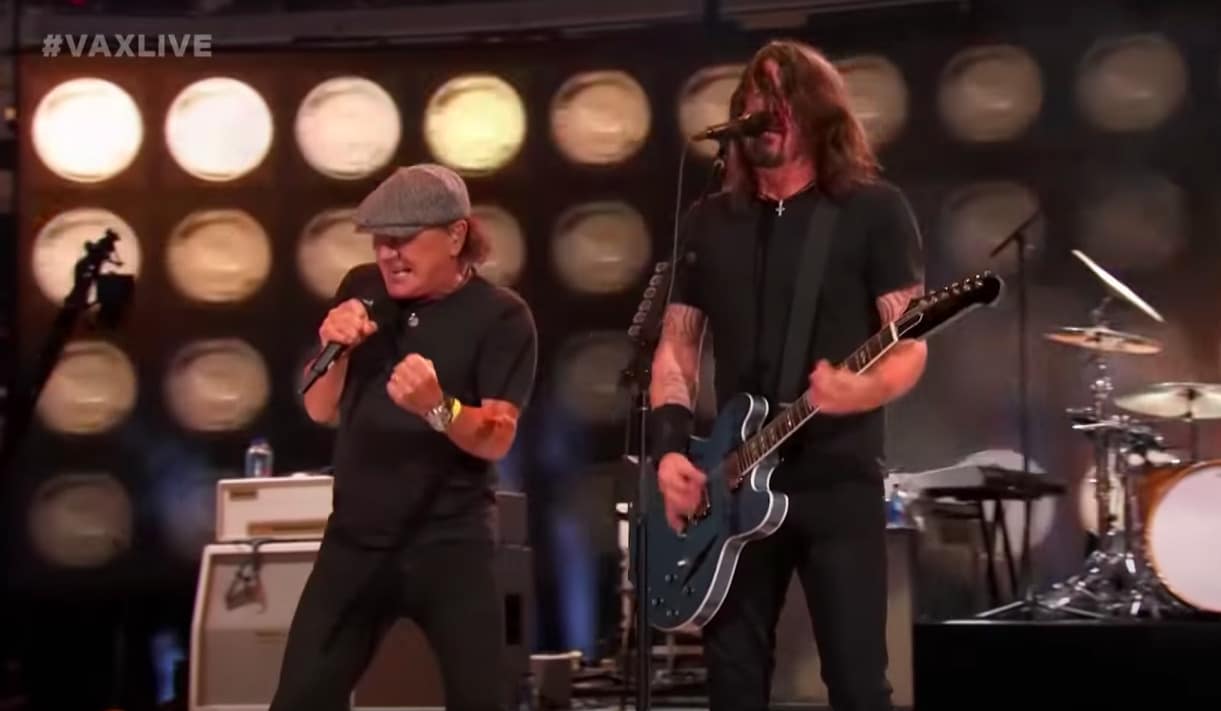 Artists including Eddie Vedder, Foo Fighters, Jennifer Lopez, J Balvin, and H.E.R. performed at Global Citizen’s VAX Live: The Concert to Reunite the World. The concert itself took place last weekend at the SoFi Stadium in Inglewood, California to an audience of over 20,000 vaccinated frontline healthcare and essential workers and was broadcast as an extended 90-minute YouTube stream yesterday (May 8).

Foo Fighters’ set included ‘All My Life’, ‘Everlong’, ‘Times Like These’, ‘My Hero’, ‘Best of You’, as well as a cover of AC/DC’s ‘Back In Black’, for which they were joined by AC/DC’s Brian Johnson. Meanwhile, Vedder played Pearl Jam’s ‘Corduroy’ and a rendition of Little Steven’s ‘I Am a Patriot’ with former Red Hot Chili Peppers guitarist Josh Klinghoffer and Nick and Sam Wilkerson of White Reaper as part of his backing band. Watch their performances below.

Hosted by Selena Gomez, VAX Live was staged by Global Citizen as part of their Recovery Plan for the World campaign to celebrate health workers worldwide and advocate for equitable Covid-19 vaccine distribution to people around the globe.

About That Sex and the City Reboot: Everything We Know About And Just Like That…
Zac Brown Band Plead for Coexistence in New Song ‘Same Boat’
Billy Strings Pushes the Envelope With ‘Wargasm,’ Feat. RMR
Marvel’s ‘Black Widow’ To Open With Expanded Aspect Ratio On Imax – Meaning A Bigger Picture
Mary Chapin Carpenter’s ‘State of the Heart’: Ranking the Songs