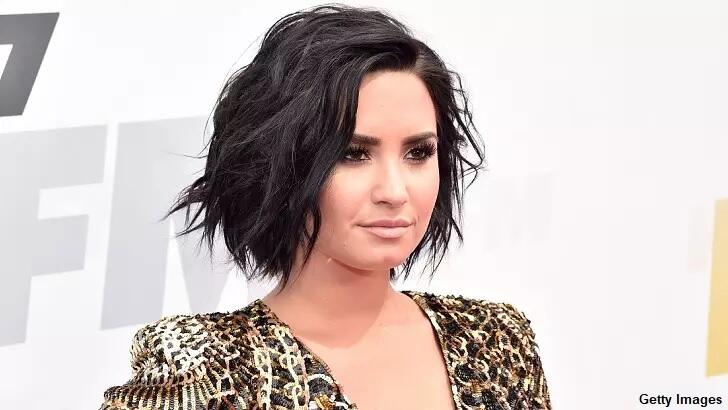 Pop star Demi Lovato is doubling down on her passion for UFOs by way of a new docuseries wherein she will investigate the phenomenon and, she hopes, ultimately find a way to make contact with extraterrestrials. The musician’s interest in the enigmatic subject first came to light last October when she made headlines after posting footage on social media of what she asserted was a UFO witnessed during an expedition to Joshua Tree. And now the pop star plans to continue her search for answers regarding the phenomenon via a forthcoming series on the streaming service Peacock.

The four-part program, reportedly titled “Unidentified with Demi Lovato,” will see the singer team up with her sister, Dallas Lovato, and her skeptically-minded best friend Matthew Scott Montgomery to “investigate recent eyewitness encounters, uncover secret government reports, and conduct tests at known UFO hot spots.” Described in a press release from Peacock as a “true believer,” it would seem that the pop star has grander aspirations than merely spotting some strange lights in the sky or speaking to the leading experts in the world of ufology.

According to the streaming service, Lovato aims to “convince her friends, family and her millions of followers that not only are there intelligent beings beyond Earth but that they are already here!” And, by way of conversations with “scientists, alien abductees, and her own experiments,” the musician hopes to “initiate those close encounters and make peace with the aliens, and ultimately save ourselves.” While some might scoff at the possibility that the pop star will be the one to contact aliens on behalf of the human race, considering the strangeness that is the UFO subject the possibility can’t entirely be ruled out and, considering that we apparently need to make peace with the ETs, we wish her the best of luck.