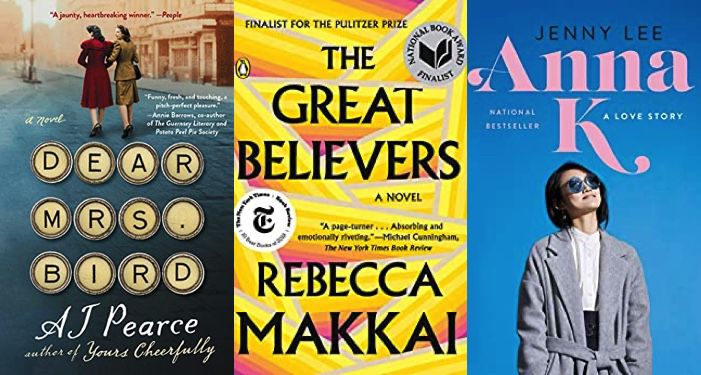 Whisper Network by Chandler Baker for $2.99

The Beast Player by Nahoko Uehashi for $2.99

Children of the Land by Marcelo Hernandez Castillo for $1.99

Girls Made of Snow and Glass by Melissa Bashardoust for $2.99

Fates and Furies by Lauren Groff for $2.99

The Soul of an Octopus by Sy Montgomery for $2.99

You Can’t Touch My Hair by Phoebe Robinson for $1.99

Still Lives by Maria Hummel for $1.99

The Complete Stories by Flannery O’Connor for $3.99

The Night Tiger by Yangsze Choo for $2.99

Full Disclosure by Camryn Garrett for $1.99

The Poison Thread by Laura Purcell for $4.99

The Order of the Pure Moon Reflected in Water by Zen Cho for $2.99