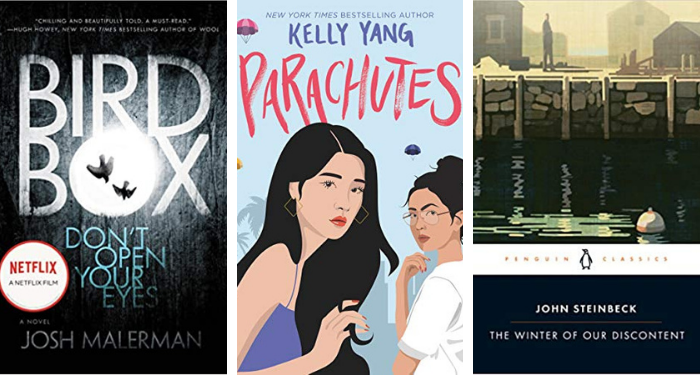 Malice by Keigo Higashino for $2.99

Uncanny Valley by Anna Wiener for $3.99

Force of Nature by Jane Harper for $2.99

Neither Here Nor There by Bill Bryson for $1.99

Welcome to Lagos by Chibundu Onuzo for $1.99

The Bookshop on the Shore by Jenny Colgan for $2.99

A Study In Scarlet Women by Sherry Thomas for $2.99

Geekerella by Ashley Poston for $2.99

All the Light We Cannot See by Anthony Doerr for $2.99

I Almost Forgot About You by Terry McMillan for $2.99

Small Gods by Terry Pratchett for $1.99

Dominicana by Angie Cruz for $2.99

The Fountains of Silence by Ruth Sepetys for $2.99

The Wolf and the Watchman by Niklas Natt ooh Dag for $1.99

Pashmina by Nidhi Chanani for $2.99

The Great Believers by Rebecca Makkai for $4.99

The Beast Player by Nahoko Uehashi for $2.99

Children of the Land by Marcelo Hernandez Castillo for $1.99

[E3 2021] Square Enix Debuts ‘Marvel’s The Guardians of The Galaxy’; Coming October 26 to Consoles And PC
Young Ricky in ‘Boyz N The Hood’ ‘Memba Him?!
How to Navigate the World of Literature for Grownups
[Tribeca Review] Gloomy ‘My Heart Can’t Beat Unless You Tell It To’ Contemplates Family Bonds
The FEAR STREET Trailer Dropped: Here’s What You Should Know