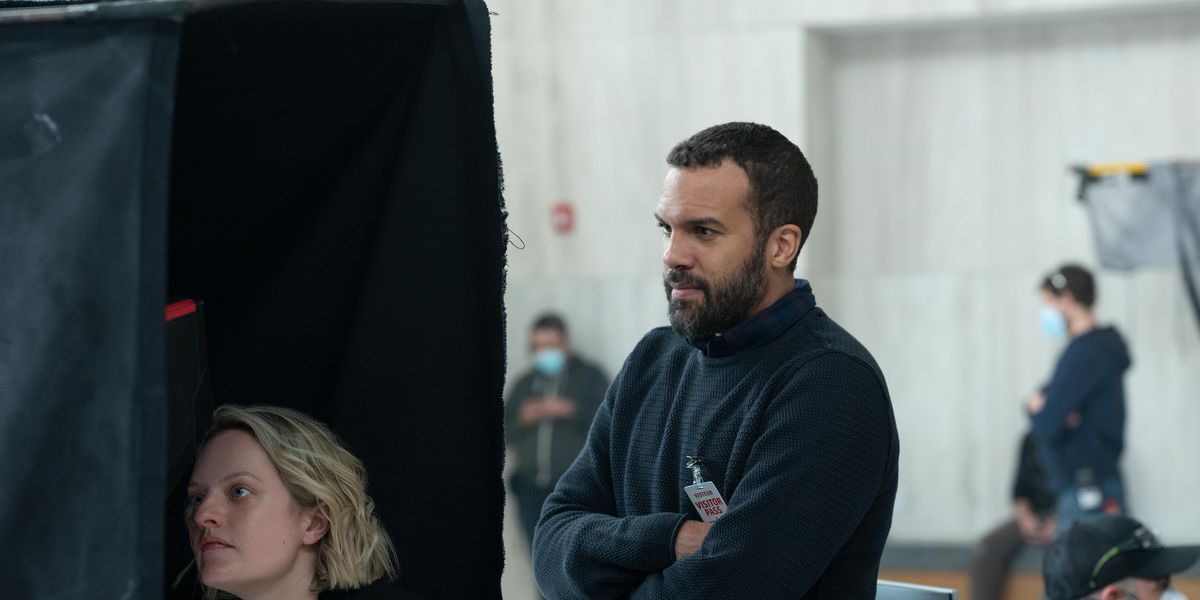 Though he was never inside Gilead, Luke (O. T. Fagbenle) has been through the wringer on The Handmaid’s Tale. After being separated from his wife and daughter for years, he learned that June (Elisabeth Moss) was alive but had been forced into sexual servitude by the regime. She had also begun a new relationship with Nick (Max Minghella) and had his baby. Despite June telling Luke last season that he should move on with his life and not feel guilty, he never gave up the hope of reuniting with her.

In last week’s episode, Luke’s hope finally paid off after June crossed the border into Canada. But their reunion, though joyful, was also complex. For one thing, June doesn’t have Hannah, and is wracked with guilt because of it. For another, June is deeply traumatized in ways that have fundamentally changed who she is, and despite his best efforts, Luke is out of his depth. By the end of the episode, after a deeply troubling sex scene in which Gilead’s psychological impact on June becomes clear, June and Luke’s future looks uncertain. That’s taken even further in this week’s episode, as Luke watches June recount, in detail, the horrors she experienced in Gilead.

What was it like shooting these very emotionally intense reunion scenes with Elisabeth Moss?

It’s no revelation to say that she’s a really special artist, and anytime I get to do scenes with her I’m excited because I don’t know what’s going to happen. She’s a very intuitive actress, and we work in a way that really follows more what happens in the moment than married to any specific line in the script or any prescribed movement. So those scenes were very moving. I mean, there were lots of takes where we had to have boxes of tissues out, because when we’d finish the scene the tears would continue and you’d have to reset for another take. One of the great joys of acting is getting to do stuff like that.

Luke’s had to process a lot in June’s absence—learning that she had this relationship with Nick and had a daughter, learning that she’s become this revolutionary leader. What’s going on for him, once he’s finally reunited with her?

I think very often our minds fill in the blanks, the stuff we don’t know, and oftentimes that’s with the worst case scenario. There’s a lot that Luke doesn’t know, and so there’s a lot of trepidation in who his love has become, but there’s also a lot of hope in there. And he kind of vacillates between these two places. Will he get his marriage back? Will she be angry at him for failing to save her? Will they be able to fight to get their daughter back? There are so many conflicting emotions and desires—it’s great Handmaid’s writing.

O. T. Fagbenle and Elisabeth Moss in The Handmaid’s Tale.

The sex scene between June and Luke towards the end of the episode is truly disturbing, because it seems basically to be non-consensual on Luke’s part. I felt that June was sort of using him to reclaim a feeling of power. What’s your take on that scene?

I think one of the things that Handmaid’s Tale does really well is showing that people respond to trauma in unexpected ways, and that people respond to trauma in their lives in very unique ways to them—often in pathological ways and ways that they can hurt themselves, they can hurt others. And the journey of coming to terms with the traumatic event or events is a bumpy one.

I think one of the things that they’ve managed to do really masterfully this season is that you have a lot of the women who’ve come out of Gilead all having their own response to the trauma they went through. And indeed Luke himself, although he wasn’t a direct victim, he’s gone through the trauma of being separated from his wife and child for years and hearing reports that his child may have been tortured. Everybody’s having their own response to the trauma that they’ve been through. There isn’t this cookie cutter version of what post-trauma looks like.

There’s an enormity and a weight to what June’s been through that Luke just can’t process. It feels almost futile, by the end of the episode.

Yeah, and I think a lot of people who live with people who have mental health issues or trauma feel that sense of helplessness, and that sense of the unknown of what’s actually going on inside someone.

Does he still have hope?

Well, I think one of the core attributes of Luke as a character is his optimism in the face of quite overwhelming evidence that he shouldn’t be optimistic. I mean, at the end of the day, he hasn’t started another relationship. He hasn’t gone “Oh well, you know what, my wife’s been captured by one of the most brutal regimes of all time, which doesn’t look like it’s on the edge of falling, and so I should just move on with my life.” He hasn’t moved on. And that’s because he has indefatigable hope and resilience. That doesn’t mean it’s not hard for him, it doesn’t mean that it may not break him, ultimately. But it does mean that he’s going to do everything he can to rescue his wife and daughter to the best of his own incompetent abilities.

A lot of this season is about the idea of justice, and what that looks like for different people—for June it looks like revenge, but for other characters it looks like being able to move on and live a normal life. What does Luke’s version of justice look like?

I don’t think there is any, from Luke’s perspective, righting of the wrong. In a way that’s almost like a past-based mentality. I think for him, what he wants is to start his life with June, and to get his daughter back, and to build from there and to help them recover and potentially help others in the community recover from that trauma. I think the paradigm of the erasing or rebalancing scale isn’t how he thinks.

Moss and Fagbenle on set with Joseph Fiennes and Yvonne Strahovski.

This season, more than any of the others, has some very cathartic and long-awaited moments. Is there a scene that stands out in your mind from filming this season?

I really love the scene where June and Luke get to have that first conversation and June tells Luke about the last time she saw Hannah, when they’re on the hotel bed. I mean, she’s lying to him so it’s a complicated moment, but I was so moved by the writing the first time I read it. Some tears may have leaked from my face. That scene always moves me.

Luke and Nick have met, and Luke knows about Nick and June’s relationship. Is it safe to assume that triangle will show up again in the future?

I have been pushing the writers for over a year now for mojitos on the beach, the three of us, suntan lotion… You know, but they don’t respond to these emails.

I mean, that sounds like post-Gilead justice to me.

There’s the kind of justice that Luke likes! [Laughs] He just can’t believe that June kept Nick all to herself.

Emma Dibdin
Emma Dibdin is a freelance writer based in Los Angeles who writes about culture, mental health, and true crime.

This content is created and maintained by a third party, and imported onto this page to help users provide their email addresses. You may be able to find more information about this and similar content at piano.io