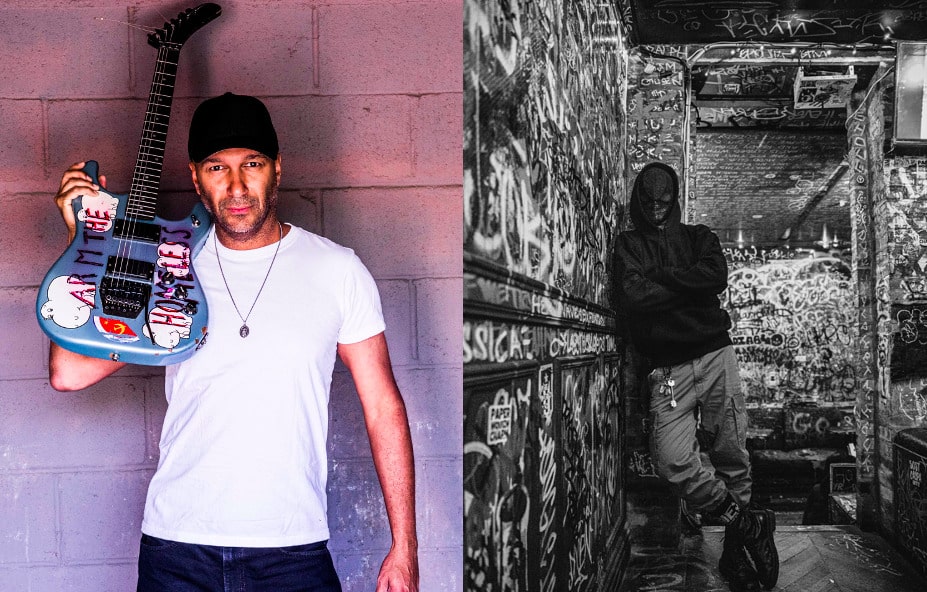 Tom Morello and The Bloody Beetroots have teamed up for a new song called ‘Radium Girls’, the lead single from their upcoming collaborative EP The Catastrophists. The track was co-written with Savages’ Jehnny Beth, Carl Restivo, Pussy Riot‘s Nadya Tolokonnikova, and Simone Cogo, and features vocals from Tolokonnikova, The Interrupters’ Aimee Interrupter, White Lung’s Mish Way, and The Last Internationale’s Delila Paz. Check out a music video for the track, directed by Morello, below.

Morella explained in a statement about the new song:

Four extraordinary women (Pussy Riot’s Nadya Tolokonnikova, The Interrupters’ Aimee Interrupter, White Lung’s Mish Way, The Last Internationle’s Delila Paz) and the ferocious production of The Bloody Beetroots breathe life into the true story of the Radium Girls, young Illinois factory workers who were the victims of one of the most heinous crimes in US industrial history. I spent every summer as a kid near Ottawa, Illinois where these doomed girls used deadly radium laced paint to make glow in the dark watches. They were encouraged to lick the paintbrushes to a point to increase productivity and profit and in the end their bones literally fell apart from cancer and they were so toxic they had to be buried in lead lined coffins. The resulting court cases and publicity led to historic nationwide labor protection legislation. Every year I place flowers at the small monument to these quiet heroes and this song is dedicated to their memory.

The Bloody Beetroots added: “’Radium Girls’ is what happens when two punks go off to battle; each with his weapon of choice.”

Kevin Bacon Playing the Villain in ‘Toxic Avenger’ Remake!
Book Riot’s Deals of the Day for June 9, 2021
Superman And Deliverance Star Ned Beatty Is Dead At 83
“Are You Afraid of Darkseid?”: Halloween Horror Anthology On the Way from DC Comics!
Ryan Reynolds Promises His Free Guy Will Be ‘Riddled With’ Pop-Culture Easter Eggs