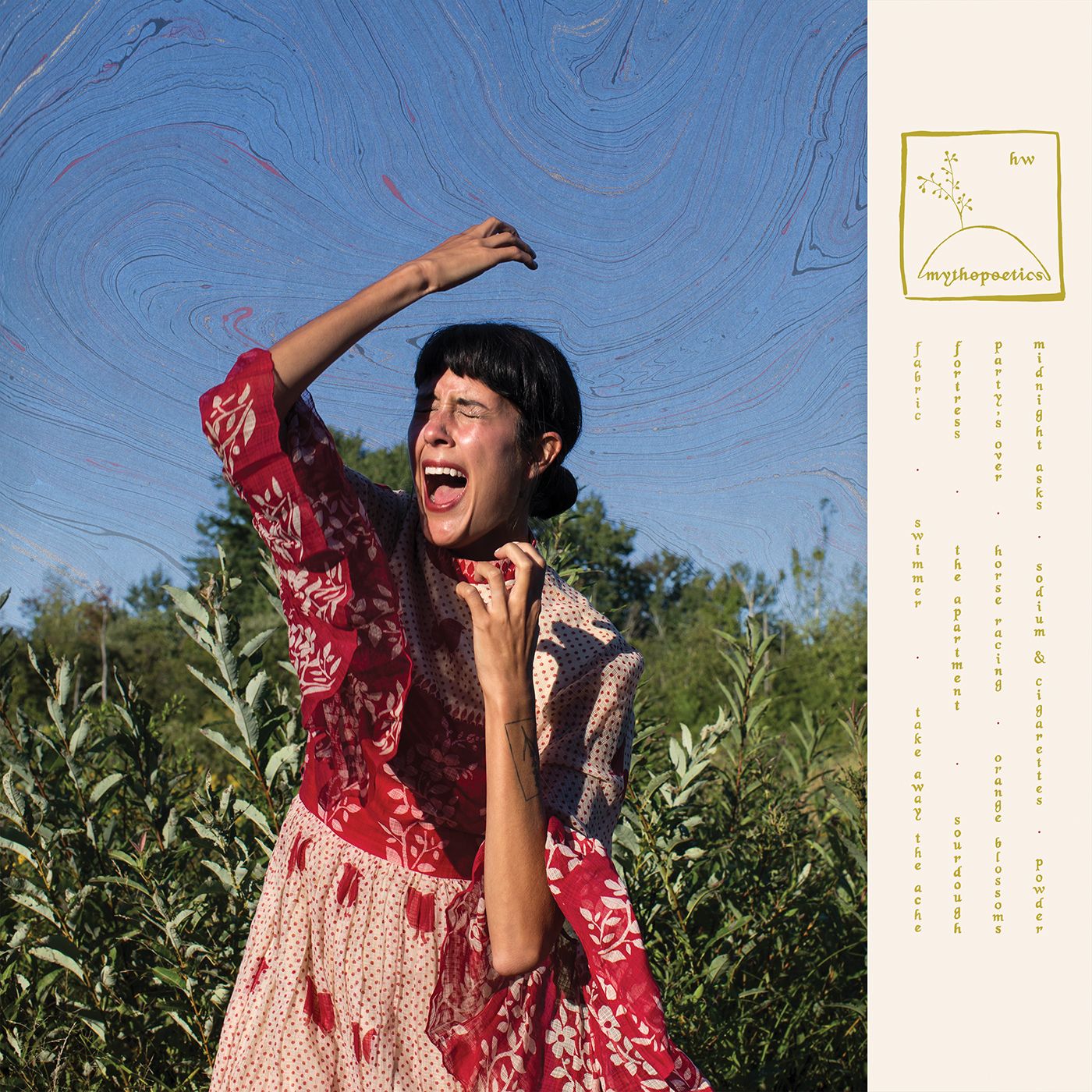 In her spectral, deeply evocative music as Half Waif, Nandi Rose manifests a constant inner battle between passivity and unbridled emotion. Both forces stem from a place not of helplessness but acute self-awareness, and Rose renders those dynamics with the kind of attention to detail that keeps her songs engaging as well as relatable. When she compared her love to an island on ‘Slit’, a highlight off her 2018 album Lavender, the sparse instrumental underscored not the size of her affection, but its inaccessibility, a fiery loneliness that has permeated Half Waif’s music since the project’s inception. Last year’s The Caretaker continued to reckon with the rocky contours of the self and the tempestuous waves that govern it, once again centering on the desire to be known: against the backdrop of a global pandemic, its nuanced exploration of solitude felt at once pertinent and comforting, dark yet hopeful. The singer carried on, “Calm and focused/ Dragging my hips in the wind/ Swollen with promise.”

For a record whose sense of hope lay in waiting for a better tomorrow, Rose was quick to follow it up, issuing single after single from Mythopoetics starting January 2021 – not even a year after The Caretaker’s release – before unveiling the full album last week. The Hudson Valley-based artist has said her fifth LP is the one she has been trying to make for a decade now, which undermines just how much of a steady evolution the project has undergone. A culmination of Rose’s strengths as a songwriter and producer, Mythopoetics isn’t the album previous Half Waif efforts strove to be, but rather builds on the growing self-assurance of each release while unleashing their revelatory power. With help from longtime collaborator, multi-instrumentalist, and film composer Zubin Hensler, Rose initially intended to make a piano-based record of old material, but ended up with a collection of new songs that further expanded her palette, resulting in her best and most striking work to date.

Despite straying from their original plan, Mythopoetics anchors in the kind of direct, emotive songwriting Rose typically excels at, but manages to unlock their full depth partly by melding her layered synth textures with a more organic array of sounds. This fusion makes for the most immersive evocation of Rose’s persistent lyrical concerns yet: the introductory piano ballad ‘Fabric’ finds the subject flirting with the impulse to hide away from the world (“To be a bird and tuck my head into my feathered neck/ Watch all the world turn black, wish I could live like that”), but the shimmering melodies of ‘Swimmer’ open up to the possibilities of human connection – even, and especially, in the midst of illness and loss. Where its predecessor imagined a better future while relaying anxiety in palpable terms, here darkness intrudes on the mind in the form of a metaphor while feelings both immense and mundane carry the charge of a real sensation. When she declares “I wanted to sing for you/ So I’m going to sing for you” in an attempt to capture one final moment with a loved one suffering from Alzheimer’s, the production gives it the cinematic resonance that ripples throughout the album, yet her delivery is grounded enough to make the drama feel genuine.

Track after track, Mythopoetics presents a perfect marriage of sound and content. ‘Take Away the Ache’ offers an intimate vignette of a personal relationship, using shuffling percussion and cut-up vocal samples to mirror the combined effect of a foggy state of mind and a lack of communication; the air clears up briefly in the chorus, where Rose warmly pleads, “I know that I’m asking for more than you can give/ But isn’t love just living like that?” While the album’s kaleidoscopic bursts of sound can suggest an unraveling, they can also magnify the scale of despair its characters must endure: when Rose explodes into the chorus of ‘Fortress’, singing “I’m ruined to the universe/ Cause it knows what hurts,” the swirling pads and clattering percussion seem to act as an affirmative echo from the universe itself.

But what elevates the album, more than any improvement in production, is that the songs are gripping enough that they could work in the stripped-back context Rose and Hensler originally envisioned. The hooks are stronger, the melodies more memorable, and none of them detract from the impact or subtlety of Rose’s songwriting. Press materials describe ‘Party’s Over’ as a “pop banger”, and though that may seem like a reductive description, it’s largely thanks to the song’s catchiness and pop appeal that its message to “just keep walking” is effective; its placement in the middle of an album wrapped in loneliness makes it feel triumphant. It’s clear Rose isn’t framing generic optimism as an easy solution, either: the song merely allows for a collective breath of relief before ‘Horse Racing’, a devastating metaphor for humanity’s endlessly destructive patterns that deftly pulls you in with the propulsive force of its hook.

While many of these songs highlight Rose’s ability to zoom out and examine the world around her, her writing is still at its most potent when it focuses on the individual. Though during the process of making The Caretaker Rose found herself creating the character that gives the record its title, Mythopoetics might at first seem like a misleading name for an album as earnest and personal as this. Rose’s lyrics don’t engage with the act of mythmaking – as easy of a path as that would be for a songwriter this deep in their career – but the title does acknowledge the transformative role subjectivity can play when weaving past, present, and future. ‘The Apartment’ is a startling example where the singer does just that, tracing her cigarette habit back to her childhood before placing us in the middle of a messy and vulnerable situation: “Lit up like a target outside the apartment/ Like I’m fucking performing my need.”

But the compassion a song like ‘Sourdough’ exudes is anything but performative. “I would stare at the sun/ If it’d help the ones I love/ Though I’d burn in my skull/ I would smile to see them well,” she sings, a desire so intense it infects her lungs in a whole different way. The shooting star that passes by on closer ‘Powder’, too, is “like a lit cigar,” but rather than extending the simile, the artist is able to see the moment, and the traumas of the past, with newfound clarity. Like smoke that diffuses into the atmosphere, the pain is all but gone, but seeing things for what they are presupposes knowing what you can, and want to, see. ‘Sodium and Cigarettes’ lays out that formula in simple, emotional terms, but puts faith in the imaginative power of storytelling: “Wishing you would come back/ Knowing you won’t stay/ But I believe in something more/ Than what’s in front of me.”

There’s a Monster in My Basket: Six More of the Most Unique Movie Monsters!
G-Eazy and Demi Lovato Search For Solace On The Single ‘Breakdown’
Everybody’s Talking About Jamie Film Review
Chris Pratt Is Re-Teaming With A Tomorrow War Co-Star For A New Action Comedy
Trailer: Enter The Dark Mystery Of ‘Nightmare Alley’