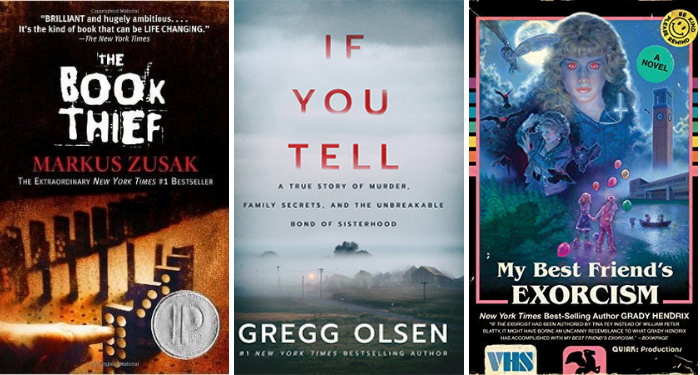 IN CASE YOU MISSED YESTERDAY’S MOST POPULAR DEALS

Sometimes I Lie by Alice Feeney for $2.99

The Architect’s Apprentice by Elif Shfak for $1.99

The Project: A Novel by Courtney Summers for $2.99

Sorcery of Thorns by Margaret Rogerson for $2.99

I Have Always Been Me: A Memoir by Precious Brady-Davis for $4.99

The Truths We Hold by Kamala Harris for $4.99

The Fishermen by Chigozie Obioma for $1.99

The Murder at the Vicarage by Agatha Christie for $1.99

Son of the Storm by Suyi Davies Okungbowa for $4.99

The Hellion’s Waltz by Olivia Waite for $3.99

Spoiler Alert by Olivia Dade for $1.99

The Refrigerator Monologues by Catherynne M. Valente for $1.99

Ordinary Girls by Jaquira Díaz for $1.99

Smoke and Mirrors: Short Fictions and Illusions by Neil Gaiman for $3.99

All Systems Red by Martha Wells for $3.99