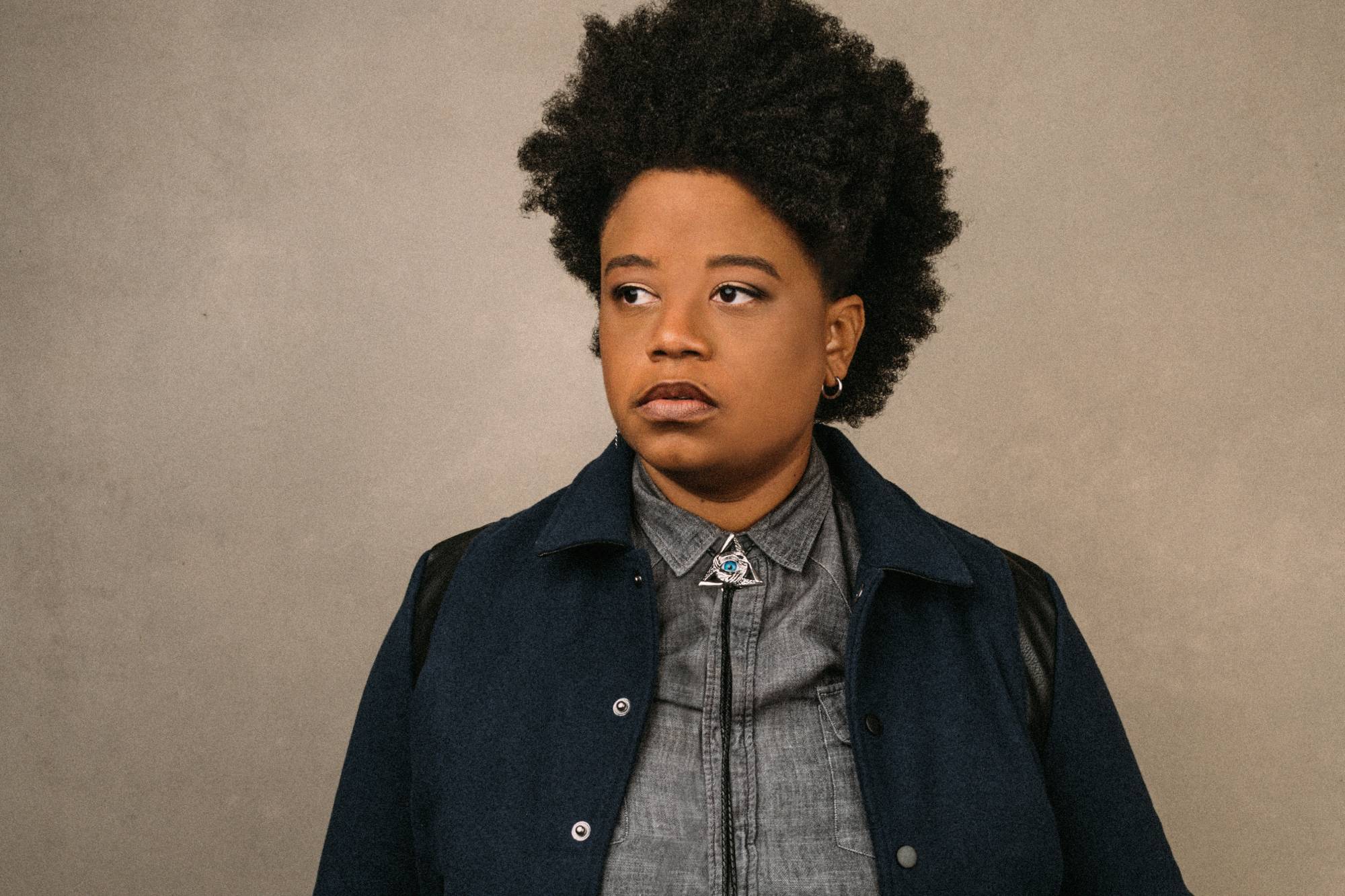 There are now three different versions of Amythyst Kiah’s powerful “Black Myself”: the original from the Songs of Our Native Daughters album, the amped-up rendition on Kiah’s 2021 Wary + Strange solo LP, and, the latest, a hypnotic remix from electronic musician Moby.

Moby’s remix takes elements of the popular version from Wary + Strange but whittles down the production to something more skeletal and eerie. A wordless sample of Kiah’s voice loops through the mix, while her strummed guitar riff is underpinned by a simple electronic kick and snare rhythm.

The song gradually expands with cymbals, an oscillating organ, and triggered samples of the chorus melody. Still, the message of defiance that makes “Black Myself” so potent remains the focus.

“We started having this sustained conversation in mainstream media about white supremacy and systemic racism and how it affects all of us,” Kiah told Rolling Stone about re-recording the song. “It felt right to continue to push that conversation along.”

The remix marks the second time this year that Kiah and Moby have collaborated. In April, the singer-songwriter joined Gregory Porter to reprise the sampled vocal melody from Vera Hall’s “Trouble So Hard” that was used in the Play standout “Natural Blues.”

This weekend, Kiah has performances scheduled at the Bristol Rhythm & Roots Reunion in Bristol, Tennessee, as well as the Moon River Music Festival in Chattanooga, Tennessee.

[Trailer] ‘Destroy All Humans! 2: Reprobed’ Officially Announced For PS5, Xbox Series And PC
Book Riot’s Deals of the Day for September 20, 2021
UFO Disclosure: Why Hasn’t it Happened? Is Something, or Someone, Preventing It? – Mysterious Universe
Listen to the Beatles’ Unreleased ‘Get Back (Take 8)’ From Upcoming ‘Let It Be’ Reissue
Wendy Williams Hospitalized for Psychiatric Evaluation