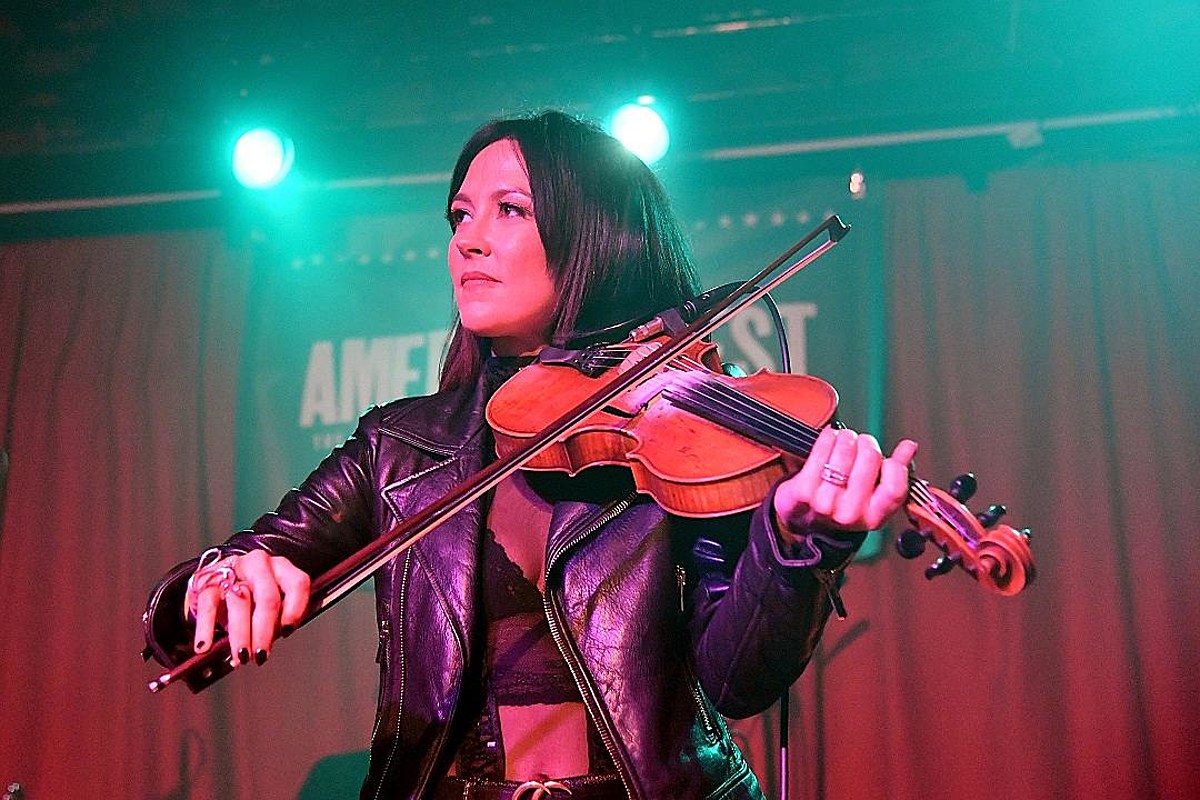 Amanda Shires‘ “Gone for Christmas” is a wish-filled holiday kiss-off. It’s the first song from a full-length Christmas album from the singer and songwriter, arriving in mid-November.

Slinky piano — somewhat a la “You’re a Mean One, Mr. Grinch,” if we’re looking for festive comparisons — stomps and ragged fiddle set the tone for “Gone for Christmas,” a jaunty, snarky wishlist of a song. Shires wants “a massage on a beach … a telescope and money … a boat … a pony” and more — oh, and her lover gone.

“Gone for Christmas” is one of 11 songs on For Christmas, an album for those who like their holiday with, as a press release puts it, “nuanced reflection” and “a bit of goofball humor.” Shires wrote nine original songs for the record, but also recorded her own versions of “What Are You Doing New Year’s Eve?” and “Silent Night,” which is a “darkly charged reimagining,” the release describes, in her hands.

Shires created For Christmas with guitarist Pat Buchanan, drummer Fred Eltringham, bassist Jimbo Hart (also part of Jason Isbell’s 400 Unit band) and pianist Peter Levin. The album is due out on Nov. 12 and available to pre-order and pre-save now; more details are below.