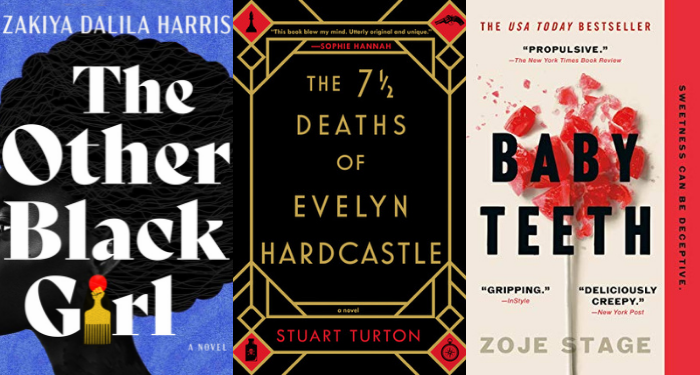 The Haunting of Hill House by Shirley Jackson for $1.99

Boyfriend Material by Alexis Hall for $1.99

Graceling by Kristin Cashore for $3.99

The Third Rainbow Girl by Emma Copley Eisenberg for $2.99

I’m Not Dying with You Tonight by Kimberly Jones, Gilly Segal for $1.99

These Violent Delights by Chloe Gong for $1.99

Reincarnation Blues by Michael Poore for $1.99

I Contain Multitudes by Ed Yong for $1.99

The Book of Life by Deborah Harkness for $1.99

Pitch Dark by Courtney Alameda for $2.99

The Unlikely Adventures of the Shergill Sisters by Balli Kaur Jaswal for $1.99

Dorothy Must Die by Danielle Paige for $1.99

The Sherlock Holmes Book by DK for $1.99

The Butchering Art by Lindsey Fitzharris for $3.99

Quackery by Lydia Kang and Nate Pedersen for $1.99

The Golden Thread by Ravi Somaiya for $2.99

Their Eyes Were Watching God by Zora Neale Hurston for $2.99

The Shadow of the Wind by Carlos Ruiz Zafón for $2.99

The Project by Courtney Summers for $2.99

A Song of Wraiths and Ruin by Roseanne A. Brown for $1.99

The Long Way to a Small, Angry Planet by Becky Chambers for $1.99

Annihilation by Jeff VanderMeer for $2.99

These Toxic Things by Rachel Howzell Hall for $4.99

Onoleigh Goes High Above Nashville for ‘Make It Hurt’ Music Video
The Weird Way Venom: Let There Be Carnage And The Matrix Resurrections Are Tied Together
Ryan Reynolds Dunked On Hugh Jackman On His Birthday In New TikTok Post
The Woman Behind Savage x Fenty’s Jewelry Has a Fascinating History
Katey Sagal Hit by Car in L.A., Hospitalized for Injuries