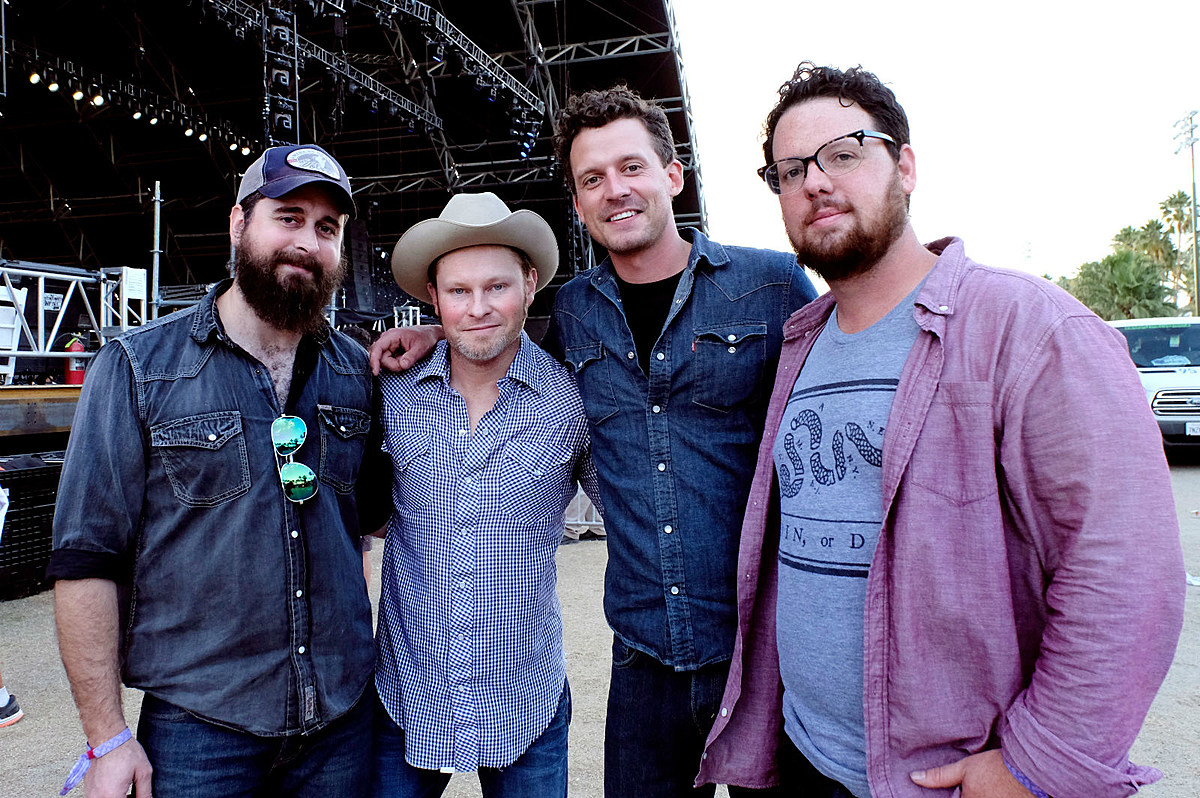 The internet is abuzz with speculation about the current status of Turnpike Troubadours, the acclaimed Oklahoma band who have been on an indefinite hiatus since 2019.

On Nov. 24, fans were surprised to find that the band’s official website had been replaced with an image of their trademark logo with the words “Coming Soon” added beneath. All previous posts shared to the official Turnpike Troubadours Instagram account have also been deleted. These changes align with methods many artists currently use to wipe the slate clean ahead of releasing new music or sharing big announcements.

Although these may initially seem like relatively minuscule events, news relating to the current status of Turnpike Troubadours has been scarce in recent years. The band’s 2017 album A Long Way From Your Heart earned the No. 1 spot on the folk and indie charts and the No. 3 spot on the country charts. Frontman Evan Felker’s personal issues, which included a battle with addiction, caused concern from fans and led to multiple tour date cancellations. In May 2019, the band cancelled all future tour dates in order to help Felker get on the path to recovery.

“We want nothing more than the opportunity for to heal, and to not put all of you through this ever again. To have a chance for any of this, we need to cancel all of our remaining tour dates,” the band wrote in a now-deleted Instagram post. “To all of you who have given us so much, we thank you from the bottom of our hearts. You believed in us, you raised us up, you stuck by us and you gave us more unconditional love than any band could ask for. We are humbled.”

After nearly two years of near silence from Felker, 2021 marked a happy new chapter for the singer-songwriter. He surprised fans with the news that he had reunited with his wife Staci, who had filed for divorce from Felker in early 2018 following unconfirmed speculation that he had started a relationship with Miranda Lambert while on tour together as support for Little Big Town. In March 2021, Staci and Evan announced via social media that they had welcomed their first child together, a girl named Evangelina Hartford Felker.

In a recent interview, Felker also stated that he had found sobriety and benefitted immensely from spending time off the road. In October, he supplied a rare acoustic performance as a part of Rhett Miller‘s livestream benefit for cystic fibrosis research, giving some fans hope that Felker might return to the stage sooner than later.

Turnpike Troubadour fans will simply have to wait and see what follows these new developments, but the prospect of new music possibly coming down the pipeline certainly gives fans something to be thankful for this holiday weekend.

Andrew Garfield Is Asking the Big Questions
China’s ‘The Battle At Lake Changjin’ Overtaking ‘Wolf Warrior 2’ As Market’s Highest Grossing Film Ever
Uprooting the Czech Fairy Tale ‘Little Otík’ [Horrors Elsewhere]
‘Dead By Daylight’ Finally Heading to The Epic Games Store Next Week, Will be Free For One Week
Why Hasn’t the Gaming Industry Peaked Yet?