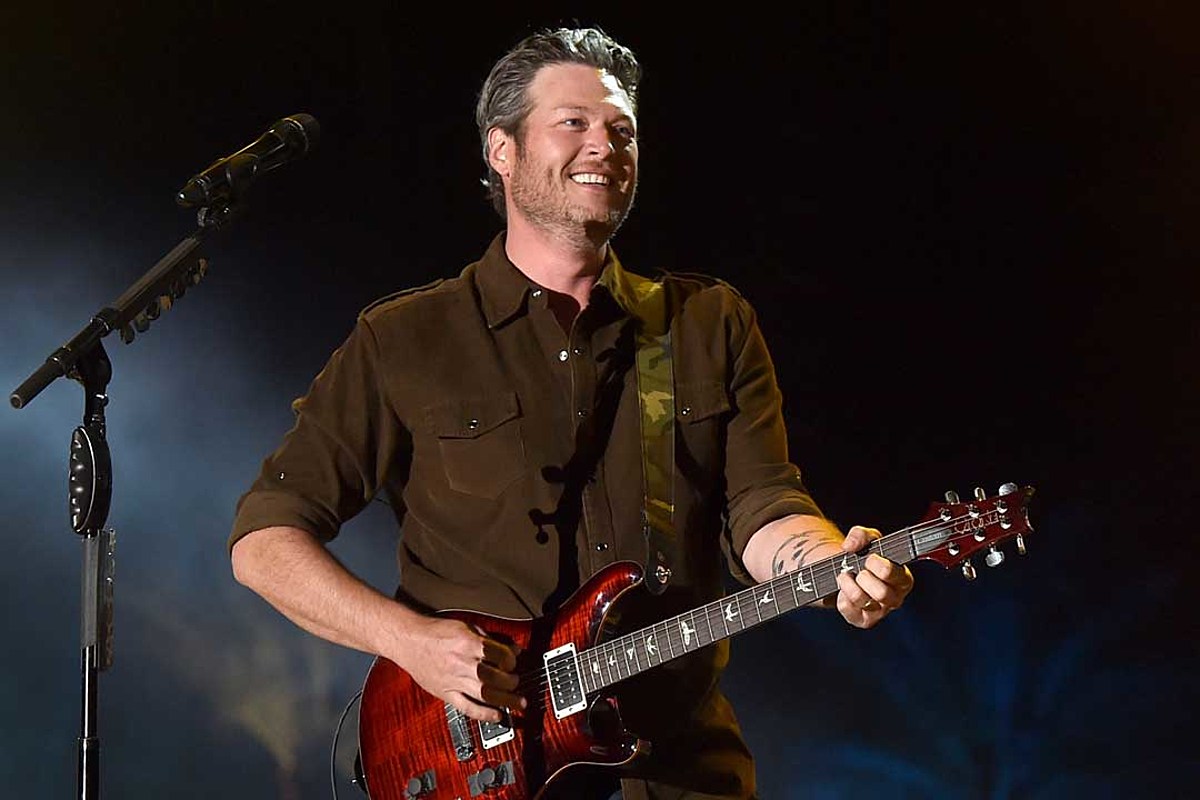 The Top 10 performers on Season 21 of The Voice were whittled down to the Top 8 on Tuesday night (Nov. 30) during the highly anticipated results show. Luckily for Blake Shelton, all of his contenders were safe from going home, thanks to America’s votes.

The top of the program saw Paris Winningham moving forward after his touching performance of Lonestar’s “Amazed,” which took place the night prior. The 37-year-old United States Navy veteran from Jacksonville, Fla., originally competed on Team John Legend before Shelton stole him in the Knockouts.

Throughout the competition, Winningham has channeled several soulful classics, including Stevie Wonder’s “Superstition” and Bill Withers’ “Use Me.” While not considered one of Shelton’s country crooners, his performance of “Amazed” on Monday (Nov. 29) pushed him out of his comfort zone. Before taking the stage for that performance, Winningham was visibly emotional and shared his story of finding an escape through “Amazed” as an adopted child.

“Looking back over my life, it’s crazy how this show has come full circle for me,” Winningham recalled on Tuesday’s results show. “I found the song ‘Amazed”’during one of the darkest times in my life, and I can say that I’m in one of the best times in my entire life right now. Everything worked out, and God is good!”

Also making the cut is fellow Team Blake member Wendy Moten. Thus far, Moten has made the competition very challenging for her opponents, as she is no stranger to the music business. Over the years, she has performed as a backup singer for artists including Faith Hill, Tim McGraw and Martina McBride. She also signed a deal with EMI Records early in her career and found international success with “Come In Out of the Rain” in 1992.

On top of that, Moten has also shown her strength to the fans after injuring herself on a previous results show. Moten fell on stage, breaking her right elbow and fracturing her left hand during that episode. But, she insists that she has no intention of slowing down.

Giving Team Blake a clean sweep was Lana Scott, who also squeezed into the Top 8. Scott, Shelton’s sole country singer, has shown her vulnerability throughout the season, singing songs of heartbreak, including Taylor Swift’s “Wildest Dreams,” Gabby Barrett’s “I Hope,” and Katy Perry’s “The One That Got Away.” Shelton previously commended Scott for turning “The One That Got Away” into a countrified version that seemed fit for radio.

“That’s my dream being on the show is to be on country radio. So for you to say that as someone who is already on country radio means the world to me,” Scott told Shelton.

Team Kelly’s Girl Named Tom and Hailey Mia also made it into the Top 8. Girl Named Tom, consisting of siblings Caleb, Bekah and Joshua Liechty, don’t consider themselves country. However, they have proven comparable to artists like Little Big Town and Lady A, showcasing their impeccable harmonies on covers on Glen Campbell’s “Wichita Lineman” and Ingrid Andress’ “More Hearts Than Mine.”

Other artists who made it through to the Top 8 were Team Legend’s Joshua Vacanti and Jershika Maple and Team Grande’s Jim and Sasha Allen. Jeremy Rosado of Team Kelly and Holly Forbes of Team Grande did not advance into the semi-finals, as they landed in the bottom three with Maple, who won the night’s Instant Save vote. Shelton, who is currently the coach with the most wins in The Voice history, now has the most contestants in the running to win it all.

Fans can tune in to a new episode of The Voice on Monday (Dec. 6) on NBC.

Famous Singers from The Voice, Then + Now

Ten years (and counting) made a huge difference for many of the most popular singers and stars of The Voice. Blake Shelton looks noticeably different, but so do some of country music’s most memorable performers.
Winners like Cassadee Pope and Danielle Bradbery wore baby faces when they auditioned during their respective seasons. The same can be said for Morgan Wallen, a forgotten castmember from the show who’s transformed more than anyone else on this list of The Voice stars then and now.
This article was originally published by Theboot.com. Read the original article here.
Share on Facebook
Share on Twitter
Share on Pinterest
Share on LinkedIn