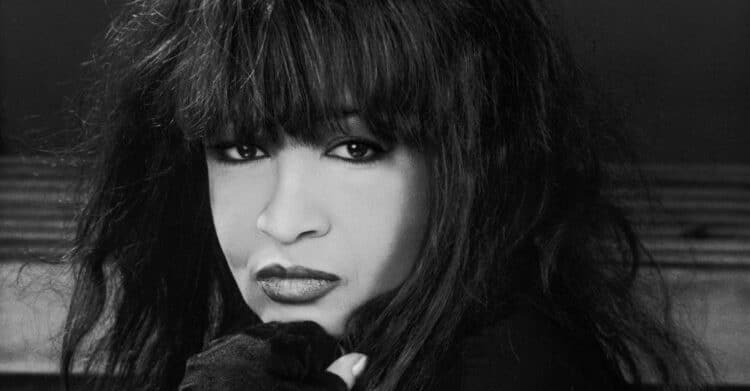 Ronnie Spector, the 1960s icon who rose to fame as the leader of the girl group the Ronettes, has died at 78. “Our beloved earth angel, Ronnie, peacefully left this world today after a brief battle with cancer,” her family wrote in a statement posted on the singer’s website. “Ronnie lived her life with a twinkle in her eye, a spunky attitude, a wicked sense of humor and a smile on her face. She was filled with love and gratitude.” Read the full statement below.

Born Veronica Greenfield in 1943 in Harlem, Ronnie led The Ronettes, her pop group with older sister Estelle Bennett and cousin Nedra Talley. She was only a teenager when they started releasing music in the early 1960s and would go on to have such hits as ‘Be My Baby’, ‘Baby, I Love You’, ‘The Best Part of Breakin’ Up’, and ‘Walking in the Rain’. Many of the group’s singles were produced by Phil Spector, who began an affair with Ronnie shortly after he signed them in 1963. In 1964, the Ronnettes released their debut album, Presenting the Fabulous Ronettes Featuring Veronica.

After the group broke up in 1967, Ronnie married Phil Spector, who reportedly kept his then-wife locked in their Beverly Hills mansion. She detailed the abusive relationship in her 1990 memoir Be My Baby: How I Survived Mascara, Miniskirts and Madness. “As I said many times while he was alive, he was a brilliant producer, but a lousy husband,” she said shortly after the producer died in 2021. “Unfortunately Phil was not able to live and function outside of the recording studio. Darkness set in, many lives were damaged. I still smile whenever I hear the music we made together, and always will. The music will be forever.”

The Spectors split in 1972, by which time Ronnie Spector had begun pursuing a solo career. Her solo records include 1980’s Siren, 1987’s Unfinished Business, 2006’s The Last of the Rock Stars, and 2016’s English Heart. Although Spector’s solo material did not have much presence on the charts in the ’70s, the influence of her previous work continued to grow, influencing artists such as the Ramones and Amy Whinehouse. In 1986, Ronnie sang the chorus of ‘Be My Baby’ on Eddie Money’s hit ‘Take Me Home Tonight/Be My Baby’. The Ronettes’ original also influenced Billy Joel’s ‘Say Goodbye to Hollywood’, and Spector recorded her own version of the song in 1997 with Bruce Springsteen’s E Street Band.

“Nothing excites me more than just being onstage, having fun and flirting and winking to the guys and stuff like that,” she said in an interview with People in 2017. “I just have so much fun. It’s just the best feeling when I go out and they say, ‘Ladies and gentlemen…’ My heart stops for a minute. ‘…Ronnie Spector and the Ronettes!’ Then I just go out there and the crowd reacts the way they react and I can go on singing forever.”

Family Statement on the Passing of Ronnie Spector:

Our beloved earth angel, Ronnie, peacefully left this world today after a brief battle with cancer. She was with family and in the arms of her husband, Jonathan. Ronnie lived her life with a twinkle in her eye, a spunky attitude, a wicked sense of humor and a smile on her face. She was filled with love and gratitude. Her joyful sound, playful nature and magical presence will live on in all who knew, heard or saw her.

In lieu of flowers, Ronnie requested that donations be made to your local women’s shelter or to the American Indian College Fund. A celebration of Ronnie’s life and music will be announced in the future. The family respectfully asks for privacy at this time.

Vanished: Searching for My Sister: A Meandering Plot, Albeit Stellar Cast
How to Promote Green Living and Sustainability in Your Community
Dylan Postl Condemns Peter Dinklage’s Criticism of ‘Snow White and 7 Dwarfs’ Remake
Book Riot’s Deals of the Day for January 24, 2022
[Sundance Review] ‘You Won’t Be Alone’ Is a Sensory Examination of Humanity Through Witchy Folk Horror