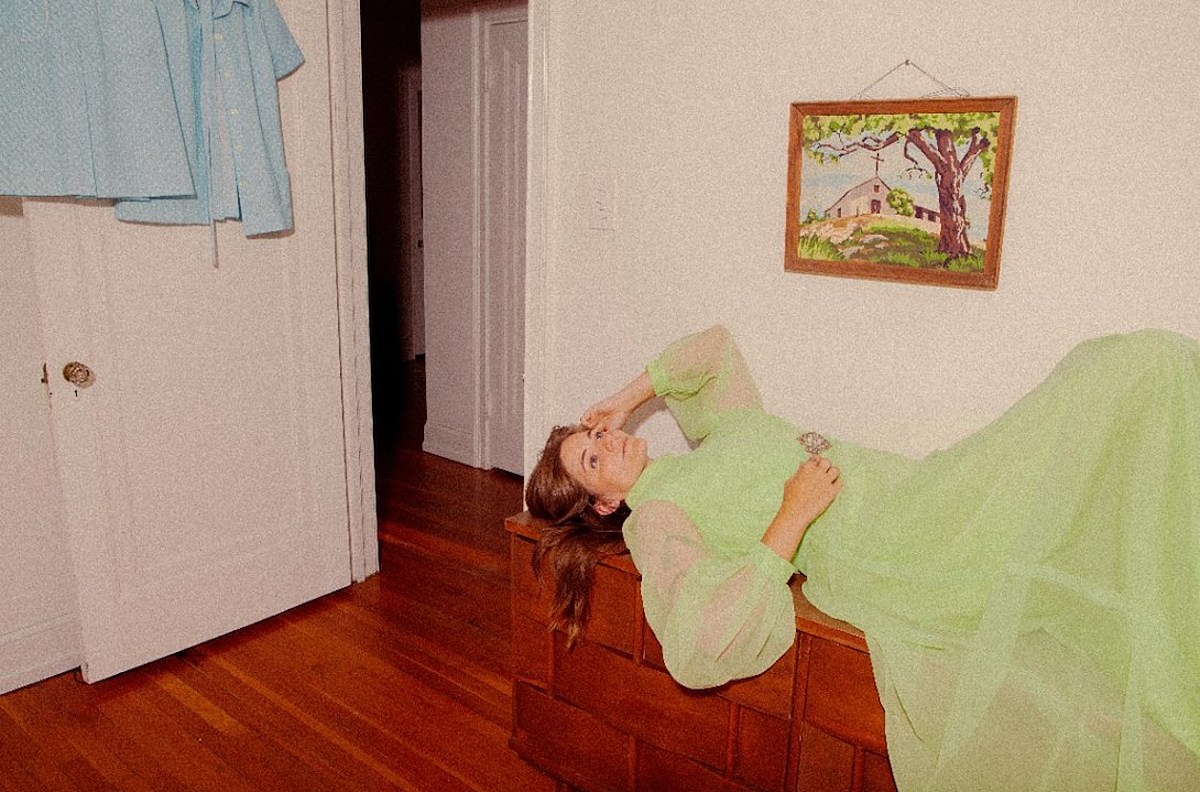 Erin Rae has released “Cosmic Sigh,” the fourth single from her forthcoming sophomore album Lighten Up, due out on Feb. 4 via Thirty Tigers.

The first two singles, “True Love’s Face” and “Modern Woman” were immersed in Laurel Canyon country, while both “Cosmic Sigh” and its predecessor “Candy and Curry” find ways to blend dream and psych pop. “Cosmic Sigh” is extremely cinematic, backed by a swelling orchestral arrangement. It’s a song about the first steps taken toward healing and living a new life, with instrumentation that complements Rae’s lyrical optimism.

It’s a more focused version of a sound that Rae first honed on her 2018 debut Putting on Airs. Finding that perfect California country sound is a bit of a shock to hear coming from Rae, a Tennessee native who spent the early days of the pandemic locked down in the Volunteer State while writing her upcoming album.

Check out “Cosmic Sigh” below.

In the three years that have passed since the release of Rae’s debut record Putting on Airs, she’s appeared as a guest vocalist on recent songs from Nicole Atkins, Kirby Brown, Spencer Cullum and many more.

Rae is currently on tour in the UK as support for Watchhouse and will soon join Courtney Marie Andrews for a run of dates in Australia. In March, she’ll kick off another round of touring in support of Watchhouse with dates set across the U.S. through the end of April. You can find a full list of Erin Rae’s upcoming tour information via her official website.

AMERICANA RADIO’S MOST PLAYED ALBUMS OF 2021