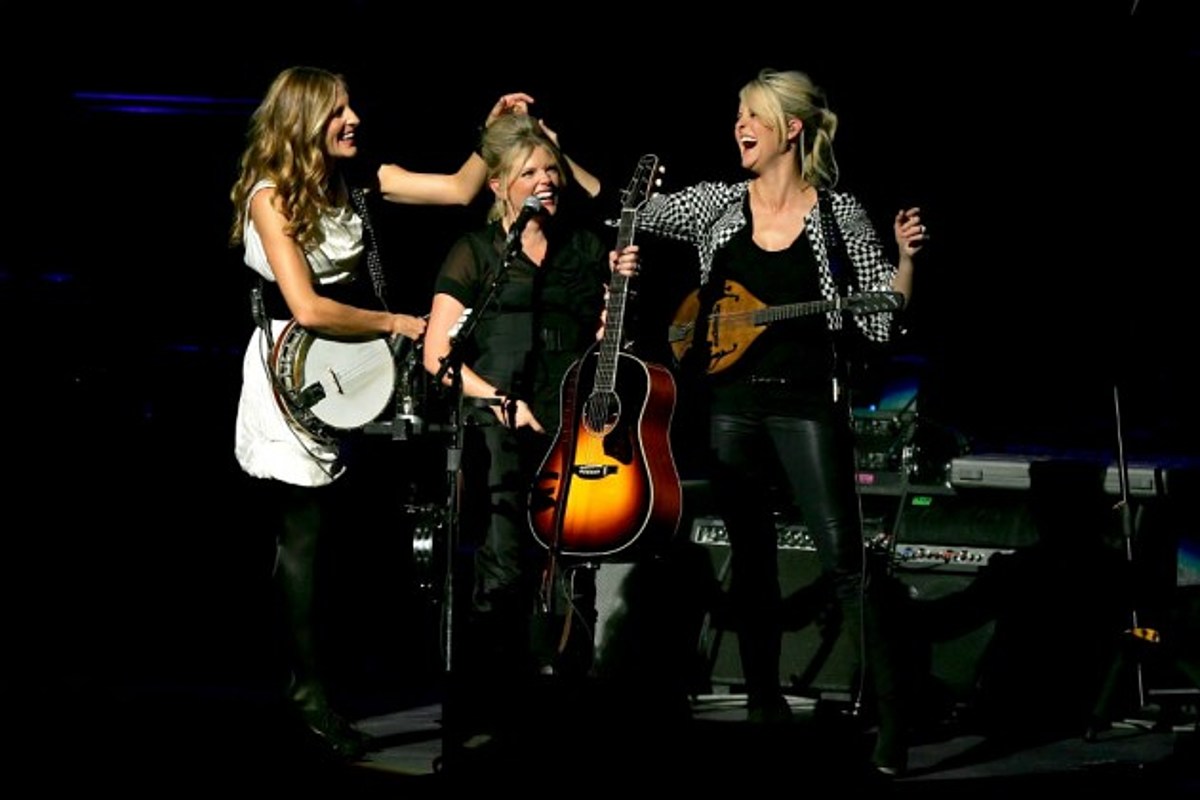 The Chicks‘ major-label debut album, Wide Open Spaces, turns 23 on Jan. 27, 2021. Formed in 1989 by Laura Lynch, Robin Lynn Macy and sisters Martie and Emily Erwin (these days, they’re Martie Maguire and Emily Strayer), the band known as the Dixie Chicks until the summer of 2020 released three albums as an independent band, in 1990, 1992 and 1993, before signing a developmental deal with Sony Music Nashville, then an official record deal with Sony’s newly revived Monument Records imprint.

In October of 1997, the Chicks released “I Can Love You Better” as the first single from Wide Open Spaces; the song reached the Top 10 on the country charts (No. 7). The album’s following three singles — “There’s Your Trouble,” “Wide Open Spaces” and “You Were Mine” — all reached No. 1, while the disc’s fifth and final single, “Tonight the Heartache’s on Me,” also earned a Top 10 spot (No. 6).

Wide Open Spaces has sold more than 12 million copies, setting the record for the best-selling duo or group album in country music history (in 1998, the year of the album’s release, the Chicks sold more CDs than all other country music groups combined). They also earned two Grammys trophies thanks to the project.

So, how do the songs on Wide Open Spaces compare to each other? Below, The Boot ranks each of its 12 tracks: