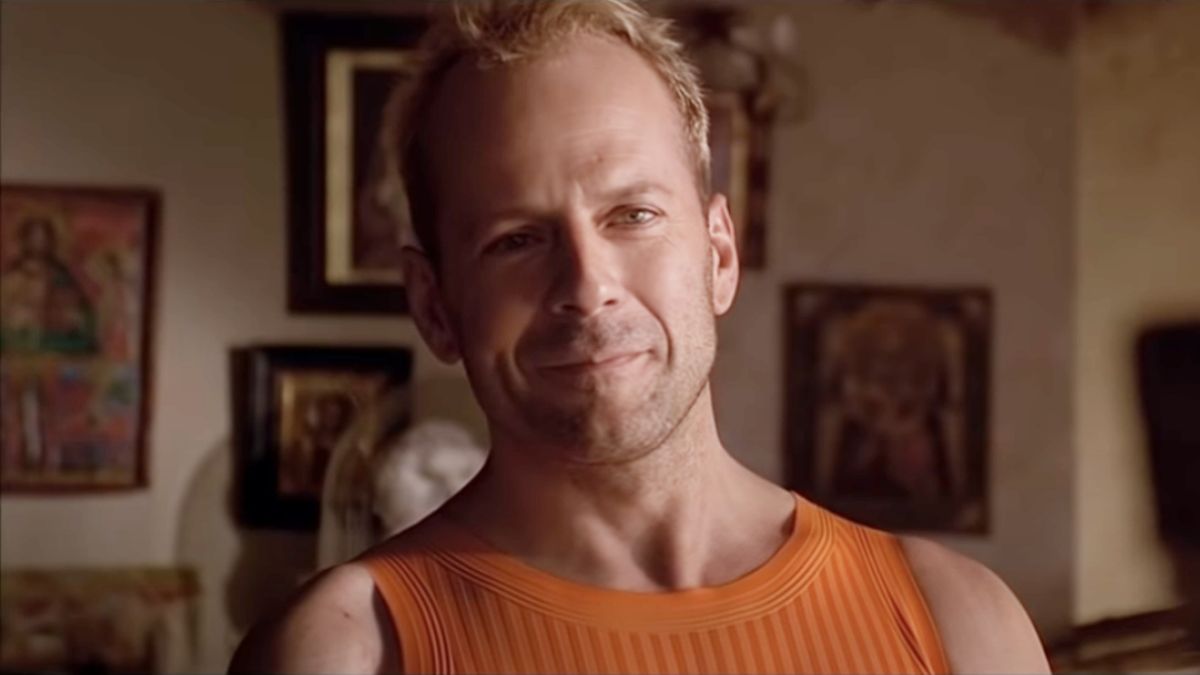 The world is gearing up once again to see what upcoming movies will become the most talked about at this year’s Cannes Film Festival. As such, memories of festivals past tend to come up as the countdown continues to progress, with Demi Moore being the latest star to share such a sweet throwback. Taking to social media, the actor shared a photo of herself and Bruce Willis on the red carpet, with Willis’s wife Emma responding in support.

Prepare to flashback to 1997, as the premiere of Bruce Willis’s action classic The Fifth Element saw the star and his then-wife hitting the carpet at Cannes. The Luc Besson directed movie was the official opener of that year’s proceedings, and in the photo provided below, you can also see Besson and co-star Milla Jovovich on hand to celebrate the blockbuster:

Both Bruce Willis and Demi Moore look sharp as anything in this moment “from the Cannes archives,” as Moore put it. Looking at both the photo above, and the one shown on Demi’s Instagram, it’s a frozen moment of pure Moore/Willis beauty. Also, while we’re talking film history here, Bruce Willis looks like he could charm his way into Friday’s off on the set of The Fifth Element.

Classic snapshots such as this are always a wellspring of people sending their best, or commenting on just what these photos mean to them. Emma Hemming Willis did just that, as she used the opportunity to leave this heartfelt message:

In the weeks following the announcement that Bruce Willis was retiring due to his Aphasia diagnosis,  a torrent of well wishes from friends like M. Night Shyamalan have continued to surface. This latest post from Demi Moore was no exception to that sort of treatment, as you can see in some of the reactions left in the comments section. For instance, here’s what Rita Wilson had to say:

Also leaving a token of esteem and reverence was The Rhythm Section and Handmaid’s Tale director Reed Morano. Dropping a one-word response, she summed it all up in a very fitting line that describes the Moore/Willis partnership in its prime:

Demi Moore and Bruce Willis have been divorced for decades now, but the pair are still dedicated to partnering on the best family unit possible. The support that both Moore and Emma Hemming Willis have shown Bruce in the recent years is now more important than ever. Judging by the sorts of social media tributes Willis and his family continue to share, that bond is not only strong, it’s just as iconic as the stars who form it.

Though he’s retired from acting, there’s still a few upcoming Bruce Willis movies to look forward to in the near future. His most recent film, Vendetta, is currently available on VOD; with several others on the way after that. Those of you in the mood for The Fifth Element can head to either Prime Video or Paramount+, as at the time of this writing both platforms are streaming that cult classic.

Maren Morris on Abortion Ruling: ‘Tomorrow I Will Fight, But Today I Am Grieving’
‘Zombies 3’ Trailer – Disney+ Sequel Beams Down a Whole New Alien Threat in July
Loot Review: Maya Rudolph’s Apple TV+ Comedy Has Banked a Wealth of Talent, But It Doesn’t Quite Pay Off
World’s Largest Freshwater Fish Found in Mekong, Scientists Say – BBC
Forbidden Romances in Contemporary YA