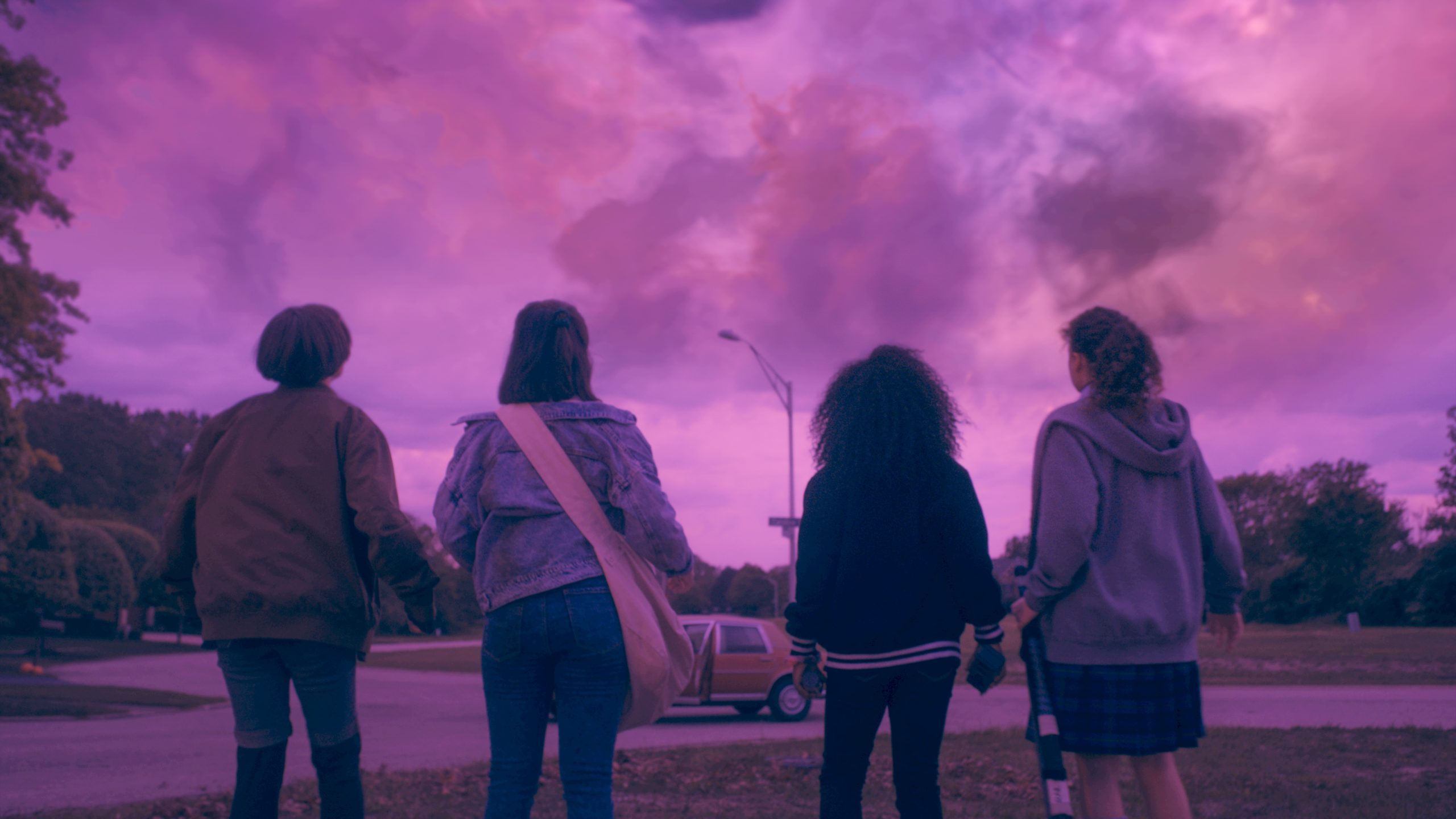 Amazon Studios has released some photos for their newest series entitled ‘Paper Girls’, an adaptation of Brian K. Vaughan and Cliff Chiang’s graphic novel of the same name. It’s a coming-of-age sci-fi adventure and is set to debut July 29.

“I love this show,” Vaughan said in a statement. “The extraordinary cast feels ripped from the pages of our comic. And whether you’ve read every issue of Paper Girls or are just starting the ride here, there will be huge surprises in store for you this epic first season.”

‘Paper Girls’ will be led by a young cast including Camryn Jones as Tiffany Quilkin, Riley Lai Nelet as Erin Tieng, Sofia Rosinsky as Mac Coyle, and Fina Strazza as KJ Brandman. Ali Wong, Nate Corddry, and Adina Porter are also appearing in the series.

The synopsis reads “In the early morning hours after Halloween 1988, four paper girls—Erin, Mac, Tiffany, and KJ—are out on their delivery route when they become caught in the crossfire between warring time-travelers, changing the course of their lives forever”. “Transported into the future, these girls must figure out a way to get back home to the past, a journey that will bring them face-to-face with the grown-up versions of themselves. While reconciling that their futures are far different than their 12-year-old selves imagined, they are being hunted by a militant faction of time-travelers known as the Old Watch, who have outlawed time travel so that they can stay in power. In order to survive, the girls will need to overcome their differences and learn to trust each other, and themselves.”