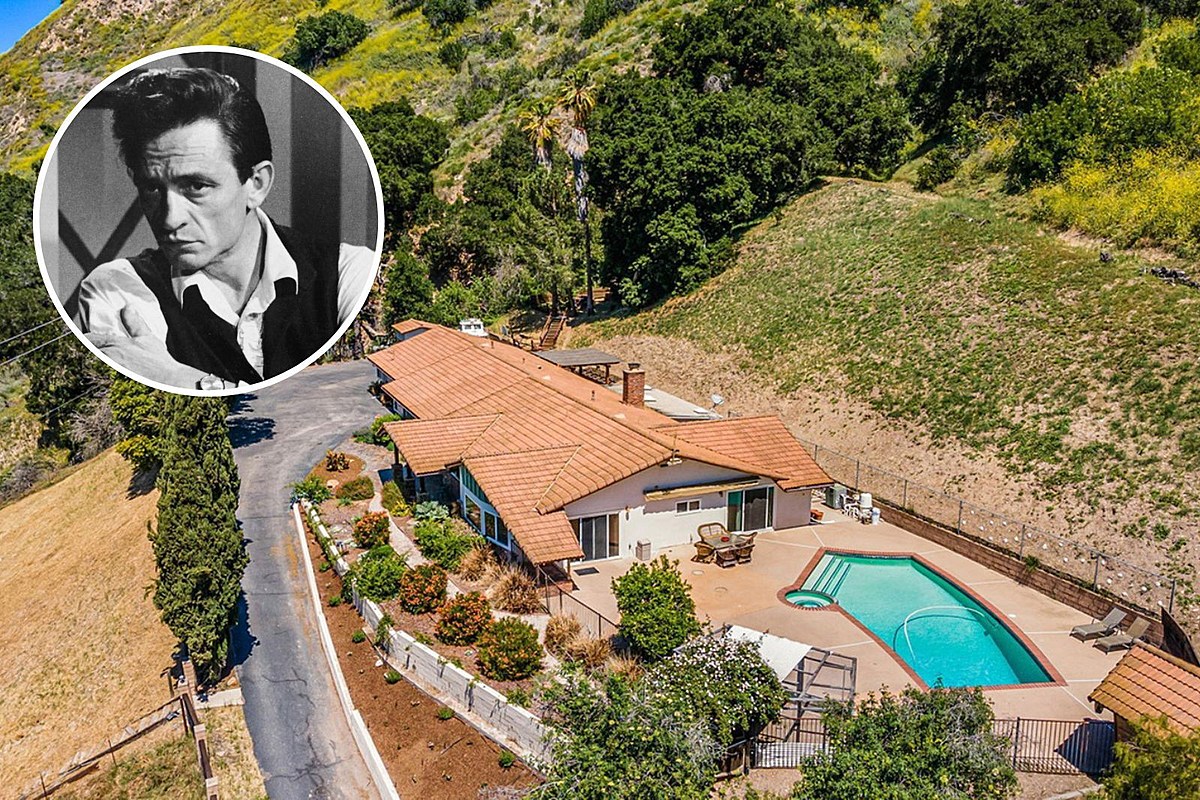 An iconic California estate that Johnny Cash designed and custom built is currently on the market, and pictures show a historic property that has been carefully maintained like a time capsule to the legendary musician.

Cash built his 5-bedroom, 4.5-bathroom, 4,500-square-foot home in the hills above the rural California community of Casitas Springs in 1961, intending it as a quiet haven for himself, his first wife Vivian and their daughters. The double-gabled house boasts all of the highest-level amenities of that time period, including built-in wood features in the kitchen and living room, a built-in record player and an intercom system.

There’s an eye-catching curved brick fireplace in the living room, exposed wood beams in the kitchen, and his-and-hers master suites that were necessary, according to the listing, due to Cash’s habit of staying up at all hours. His master bathroom features a black commode, and the house also includes a paneled music studio where Cash worked on his songs, featuring windows that are placed high to allow in natural light while affording him privacy while he worked.

The unique house sits behind gates and a fence on nearly six very private acres of land between Ventura and Ojai, and it has been maintained in its original condition. The exterior of the house features a covered outdoor kitchen with grill, a sitting area centered around a firepit and fenced areas for livestock.

According to the listing from Adam McKaig and Melissa Borders with Douglas Elliman, longtime residents of Casitas Springs can recall the Man in Black setting up speakers and performing concerts for the townspeople below his private estate, and there are still occasional shell casings found on the part of the property where he taught his kids to shoot.

Cash and his first wife divorced in 1966, and she later sold the house in Casitas Springs. He married June Carter Cash in 1968, and they lived for the rest of their lives in a massive waterfront estate in the Nashville suburb of Hendersonville, Tenn.

Scroll through the photos below to see inside Johnny Cash’s rural estate in California, and keep scrolling to see pictures of his waterfront estate outside of Nashville.

A stunning rural estate in California that once belonged to Johnny Cash is currently for sale for $1.8 million dollars. Pictures of the 5-bedroom, 4.5-bathroom, 4,500-square-foot historic property show unique wood accents throughout the house, a paneled music room where Cash used to write songs, his-and-hers master suites and more.

The carefully maintained grounds also include a pool, a covered outdoor kitchen and a sitting area with a firepit among the other amenities of the fine home, which Cash designed and built in 1961.