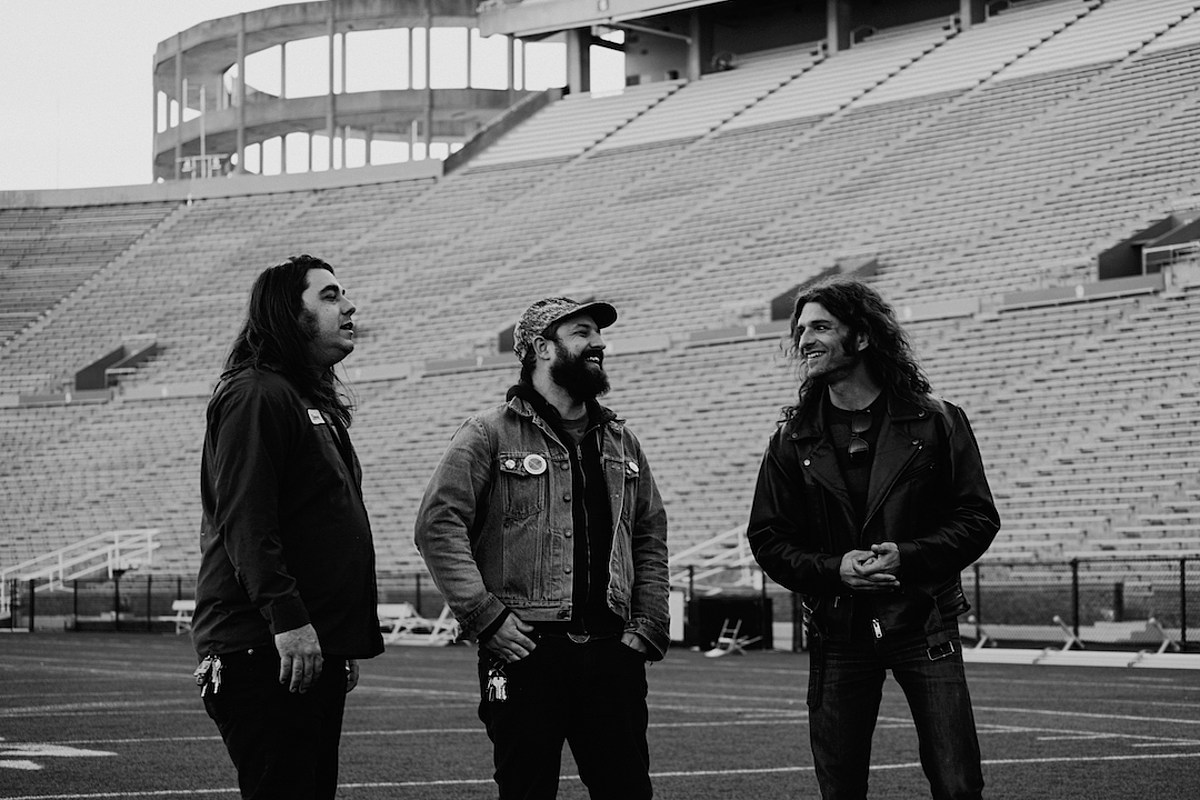 If you head to a show with Lee Bains + The Glory Fires, you won’t see a Southern punk band on stage. Instead, you’ll see a band that’s a raucous tornado of sound and righteous fury. A decade into their work, the talented outfit has toured the country proselytizing anarchism, anti-racism, and joyous resistance.

The band’s upcoming album, Old-Time Folks (out Aug. 5 on Don Giovanni Records) explores the history of resistance in the South: whether that’s the story of Muscogee warriors surrounding a colonial fort, to incarcerated workers striking in maximum security, to Black Lives Matter protestors facing down SWAT teams, Bains wants to know how these people found their courage, so we can find ours.

On the band’s latest single “(In Remembrance of the) 40 Hour Week,” the band veers into Southern soul territory, creating deliberate arrangements out of their customary chaos. While the song decries the indignities working people endure, it sounds more like a second line than a funeral.

Produced by Dave Barbe (Sugar, Mercyland, Drive-By Truckers, Vic Chesnutt), the song finds Bains playing crooner as the band gets down with the groove, making their punk four-piece sound like a brass ten-piece. With the vocals cranked high in the mix, Bains’ customarily literary lyrics are at the forefront, reminding us of who we are and where we came from.

“In all the discussion around the cost of living and economic realities the last few years, I’ve kept hearing ’40 hours a week’ in public discourse, particularly from people in power, and have thought how out of step that is — how difficult, if not impossible, it is for so many of us to make it on only 40 hours a week of work,” Bains explains. “That ideal of the eight-hour day and two-day weekend was fought for and won by working-class people around the turn of the last century against all odds and the powers that be — bosses, politicians, talking heads.”

But those rights are in jeopardy.

“We are living in a time where 40 hours’ worth of wages is woefully insufficient to get by in this country for the average person, and where the powerful tell us that working only 40 hours a week is slacking off,” he continues. “This song is a celebration of those heroic movements of working people coming together to demand their fair share, from coal mines to warehouses, from textile mills to offices, from farms to restaurants. Angela Davis says freedom is a constant struggle, and this is a hymn to those whose spirits and bodies remain in that struggle.”

Take a listen to ”(In Remembrance of the) 40 Hour Week” below:

Fans can get a preview of the band’s new music by catching them out on the road through the summer, including stops in Washington D.C., Pittsburgh, Cleveland, Chicago, Memphis, Birmingham and Atlanta, through the end of August. You can find a full list of tour dates and additional ticketing information at the band’s official website.

The late Keith Whitley is best known for his hits “Don’t Close Your Eyes,” “When You Say Nothing at All” and “I’m No Stranger to the Rain,” but did you know he also penned these popular country tunes?