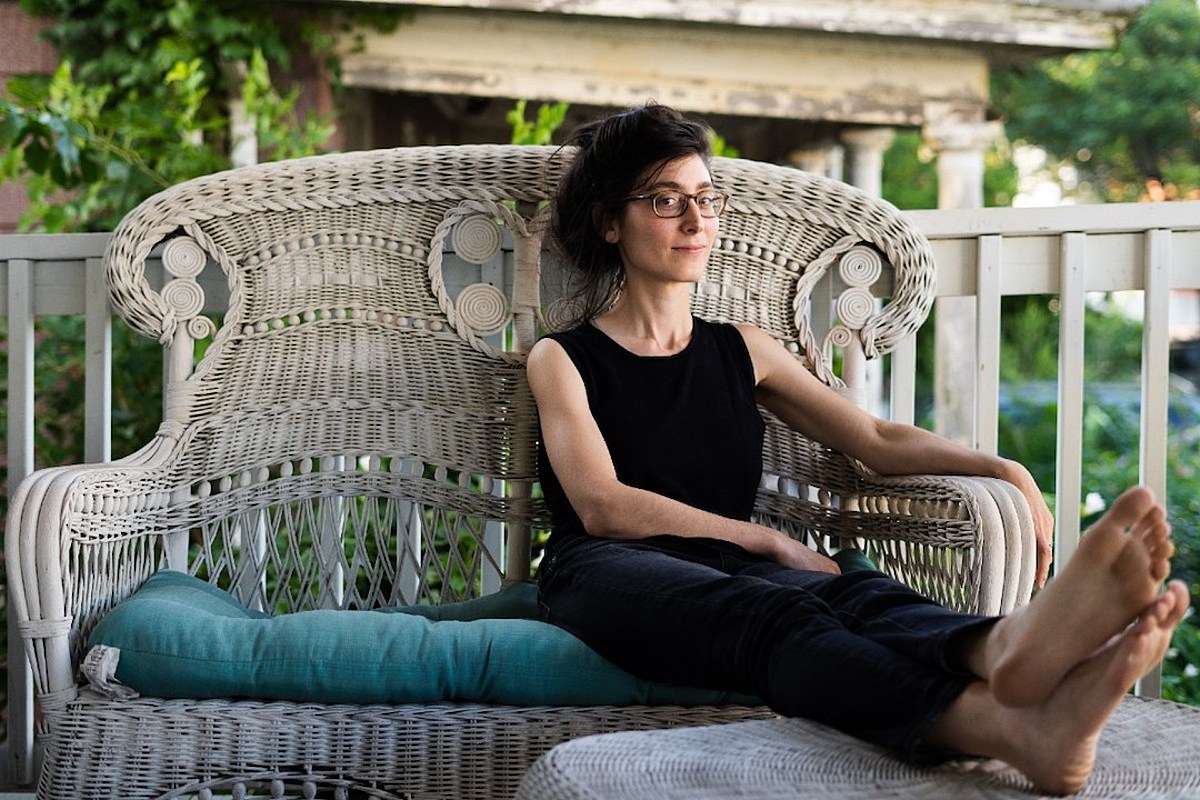 We all have to grow up sometime, and Maggie Carson‘s maturation on The Dark Was Aglow is something to behold. Carson cut her teeth with the rollicking Brooklyn folk band Spirit Family Reunion, and her debut solo album retains their scrappy energy and joie de vivre. On her own, though, Carson and her band create minimalist soundscapes that make every note and symbol tap count. If you could channel bluegrass through a punk rock filter — but avoid making it sound like punk — The Dark Was Aglow is where you would land.

While Carson uses this space to ruminate on the paths that have led her to this point, the album is, at heart, a New York City album. Tales of rollicking nights, feeling lost in a crowd, beholding the dramatic vistas of this town — Carson may play a mean banjo, but you can’t take the City out of the city kid. Inspired by recording The Dark Was Aglow in Rockaway Beach, perhaps, Carson uses her banjo as if it were a lead guitar: alternately carrying the groove and putting her chops at the forefront while the band pulses the song forward. It’s a distinctive sound, reminiscent of Williamsburg’s hook-heavy synths and spare drums of the last decade, but humanized by a timeless Appalachian sound.

Carson’s voice is as much of an instrument as anything else on the album. The Dark Was Aglow leads off with  “Your Ghost,” a gently heart-wrenching song about missing those who are gone. Carson’s singing — frank, straightforward, just a little hoarse —  makes the song feel lived-in and familiar, even as the sound is distinct and modern. That approach is ratched it up in “What You Want,” which surely channels a Ramone or two. Using the musical vocabulary of millennials everywhere this side of I-95, Carson invokes climate change and political oppression to bring urgency to a universal truth – you can’t always get what you want, and there are a lot of people out there who actively won’t allow you to as a means to their own ends.

It’s not all bad news, though. The Dark Was Aglow embraces wonder in the mystery of the human experience. Life wouldn’t be complete if there were no troubled times, nor would it be livable without beauty. The album concludes with “Who Put a Name to All This?”, imbued with a sense of awe over the history of New York, conflating its unthinking sprawl with the inevitability of natural forces. Humans can create beauty, even amidst all the chaos we generate.

The late Keith Whitley is best known for his hits “Don’t Close Your Eyes,” “When You Say Nothing at All” and “I’m No Stranger to the Rain,” but did you know he also penned these popular country tunes?