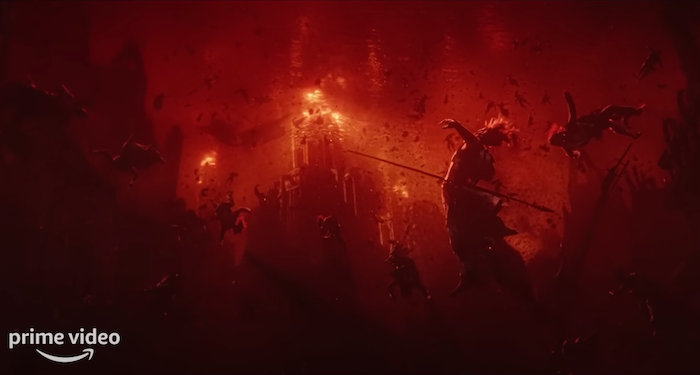 The new trailer promises to live up to the epic fantasy descriptor, with end-of-the-world stakes, a huge and beautiful world to explore, and an ensemble cast, including a young Galadriel and Elrond. Galadriel has seen an apocalyptic vision of death and destruction set to shatter the peace currently reigning over Middle-earth, and she is unconvinced by Elrond’s attempts to reassure her. As usual, though, there is also a group of hobbits, the Harfoots, that seem poised to take center stage.

The trailer shows glimpses of Elven and Dwarven realms, the home of the Harfoots, and more. We also see what appears to be Two Trees of Valinor.

The eight-part series will premiere September 2nd on Amazon Prime.