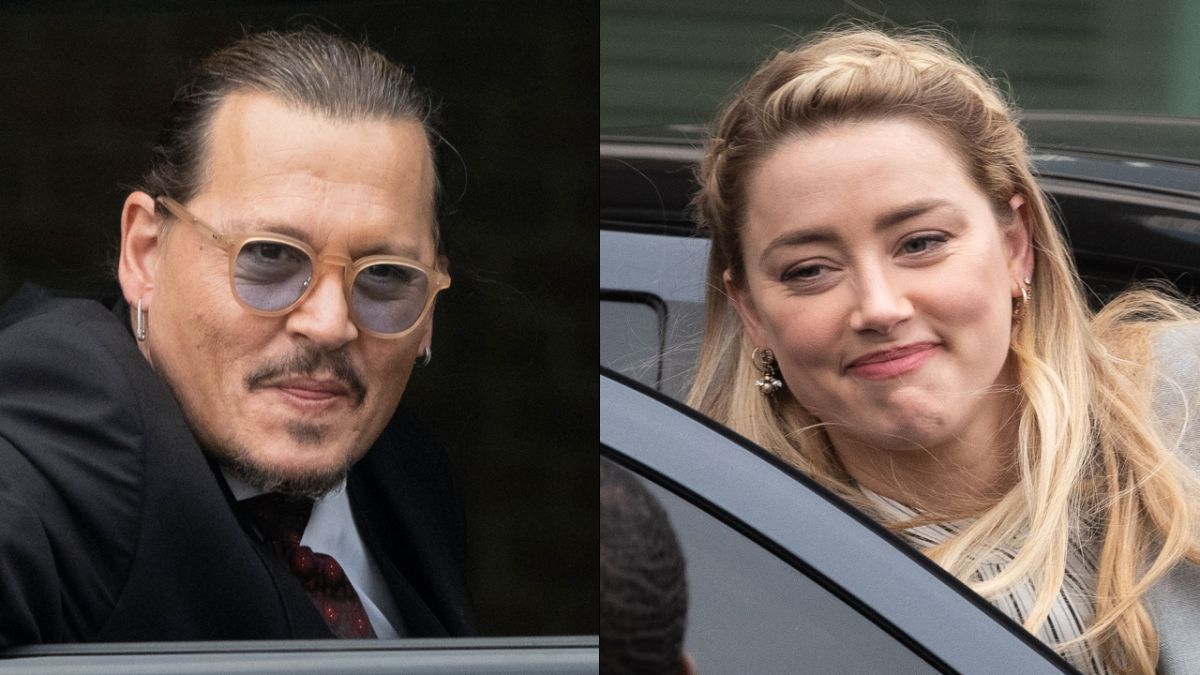 Johnny Depp and Amber Heard have been making headlines for a number of years now, thanks to their long legal battle. Things got even crazier when the two met in court in Virginia over their defamation cases, with the Pirates of the Caribbean actor largely coming out as the victor. And some recently unsealed court docs reveal what Heard and Depp’s lawyers were barred from bringing up at the trial.

The defamation trial between Johnny Depp and Amber Heard went viral a number of times, thanks to cameras in the courtroom allowing the public to watch the proceedings from the comfort of their own TVs. Now 965 pages of documents have been unsealed regarding the case, revealing what subjects couldn’t be brought up during the trial. The New York Post has the full report, which includes potentially damaging information about both actors.

According to these previously unseen documents, Johnny Depp’s team originally intended to take aim at Amber Heard and her sister Whitney in court. Specifically their romantic relationships, as well as reality show footage of the pair from back in 2006/2007. Per The Post, Depp’s lawyers were also planning on bringing up the Aquaman actress’ brief stint as an exotic dancer, and even reportedly wanted to suggest she might have been an escort at some point. In the end, all of this was sealed and unable to be used in their defamation case.

But it’s not only potentially damaging information about Amber Heard in these previously unseen documents. Johnny Depp’s team also got certain subjects thrown out, including further information about his relationship with controversial singer Marilyn Manson. The documents showed texts between the two celebs, where they seemed to be comparing their experiences of being accused of various forms of abuse. At one point Mason thinks that the cops might be looking for him, and asks for a place to stay. In the end Depp and Mason’s relationship was addressed during the trial, with Heard’s lawyers alleging they went on “drug binges” prior to major incidents in the former marriage.

There was more information about Johnny Depp that couldn’t be brought up during the defamation trial, specifically connected to his tenure as Jack Sparrow in Pirates of the Caribbean. Specifically that he was intoxicated while promoting the franchise and possibly even while filming.

It’s unclear if this information was enough to change the jury’s mind on the defamation case, but Depp’s role in the Pirates of the Caribbean franchise was brought up a number of times throughout the trial. Depp’s team alleged that Amber Heard’s 2018 op-ed and the allegations of abuse resulted in him losing his role as Jack Sparrow. It’s possible that this potential loss inspired the whopping $10 million that Heard was ordered to pay her ex-husband by the jury.

Both Amber Heard and Johnny Depp have filed appeals related to the defamation jury, so their legal battle will continue for the foreseeable future. In the meantime, check out the 2022 movie release dates to plan your next movie experience.