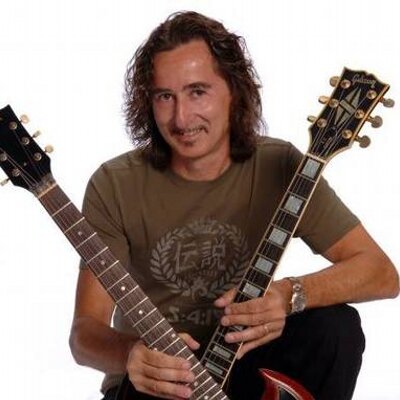 On September 3, 2022 Barry Goudreau guitarist of the band Boston will be inducted into the New England Music Hall of Fame at Hampton Beach Casino, Hampton, NH.

Barry’s band Engine Room along with the band Extreme are the musical talent for the evening. This highly anticipated evening is planned to be one of the hottest show around. You do not want to miss it.

Co-founders of The New England Music Hall of Fame Christopher Annino and Kadrolsha Ona Carole will be inducting Barry with this once-in-a-lifetime honor.

Our mission is to educate, unite, promote, and preserve the integrity of the New England music scene and the people who represent it. We want to support not just the music but the musicians.  Music has no gender or race and just like it, we don’t discriminate.

KadrolshaOna Carole is the host of Hollywood Entertainment News.

Yellow Box Entertainment will be filming for the Back Beat From Above film on Sib Hashian, drumming for the band Boston, interviewing frontman extraordinaire Brian Maes, and bass player God Tim Archibald.

I remember having a keen interest in music from an early age, standing in the back seat of my mother’s car, jumping up and down to the sounds of Elvis and Roy Orbison. This was pre-seat belt, of course! I decided I wanted to play guitar and asked my parents to buy me one. They felt it was just a phase I was going through and refused. By the time I was eleven years old, they had given in and borrowed an acoustic guitar from a friend and let me take lessons. As the song goes, I played until my fingers bled and they realized I was serious and had the drive to continue. They bought me my first guitar. A white 1962 Fender Stratocaster. Boy, I wish I still had that one! the first time I played guitar in front of an audience was at a church event. I played “Jingle Bell Rock”.

At age 15 I joined a band with Sib Hashian on drums, Johnny V. on guitar. Johnny seemed to know every song. He would often just call out a key and a song title, give us a count, and off we would go. It was a real learning experience. We would sometimes play in a nightclub, 7 days a week, 7 sets a night. The go-go dancers were very friendly though. Sib and I played in bands together until he joined the army and went to Vietnam.

It was around this time that I met Fran Sheehan. Fran’s house was the place musicians went to jam. We had some great times there, refining our chops until the wee hours. I’m sure the neighbors didn’t appreciate it as much as we did.

I met Brad Delp when I auditioned for his high school band. Their guitar player had decided to leave and he brought me there to audition as the replacement. Brad sang Led Zeppelin’s “Communication Breakdown”. I had never heard anybody sing like that before. I will never forget it. Unfortunately, I did not get the gig.

Barry’s complete bio can be found on https://barrygoudreausengineroom.com/