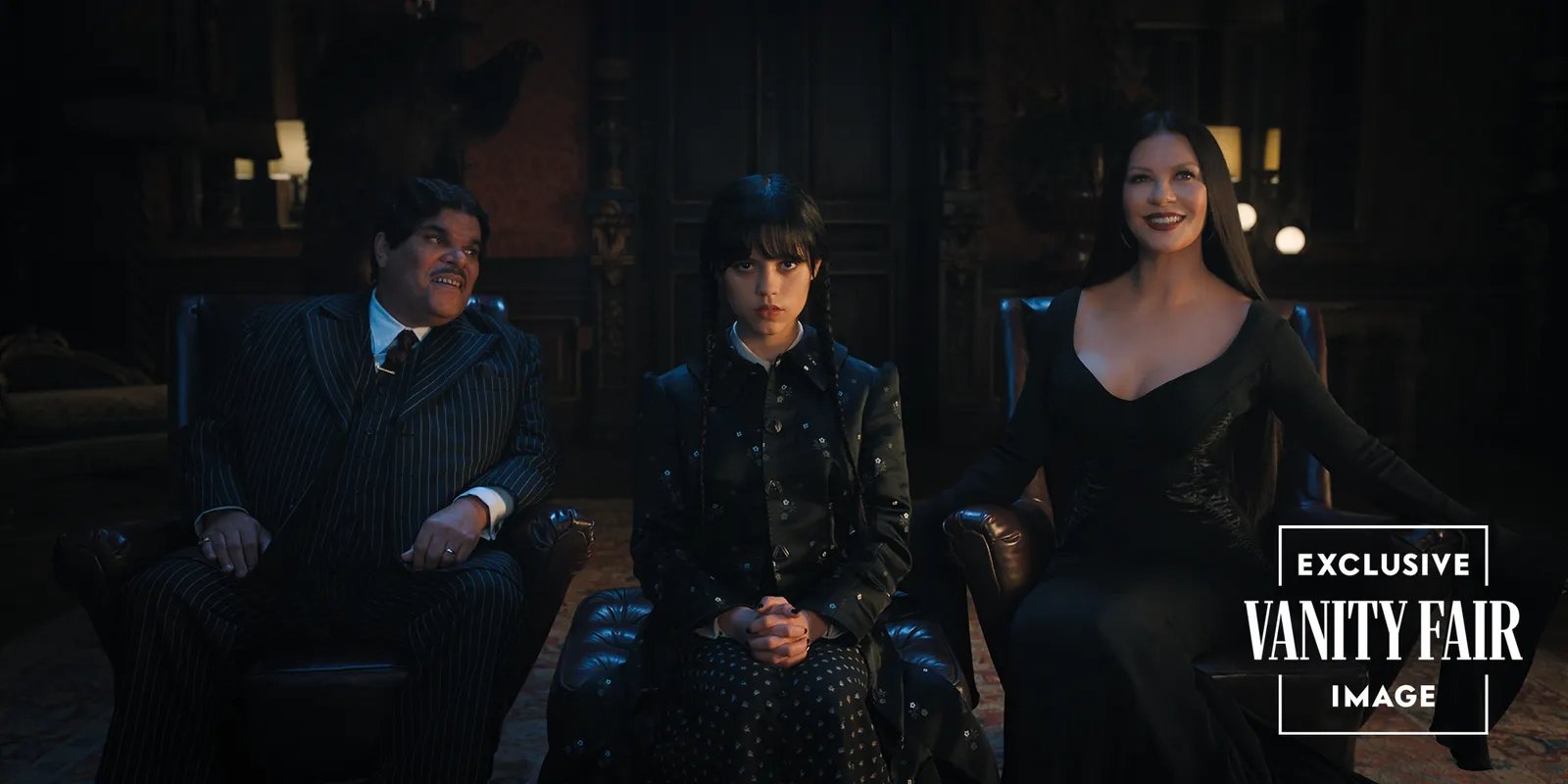 Official photos from the new series ‘Wednesday’, Netflix’s newest coming-of-age series based on the beloved Addams Family, has been released via Vanity Fair. In the photo we see, Catherine Zeta-Jones as Morticia, Luis Guzmán as Gomez, Jenna Ortega as Wednesday, and Isaac Ordonez as Pugsley. Tim Burton is an executive producer and directed four of the eight episodes.

“The series will chart the titular heroine’s years as a student at the peculiar Nevermore Academy as she attempts to master her emerging psychic ability,” reads the synopsis, “While also thwarting a monstrous killing spree terrorizing the local town and solve the supernatural mystery that embroiled her parents 25 years ago — all while navigating her new and very tangled relationships of the strange and diverse student body.”

From Kevin Costner To Tom Hanks: Yellowstone’s Kelly Reilly Has Landed Her Next Big Screen Role
Alec Baldwin Criminal Charges for ‘Rust’ Could be Coming, D.A. Seeking Funds
Shop The Best Shoe Trends from the Spring 2023 Runways
The Most Popular Horror Novels of the Past 5 Years, According to Goodreads
Trevor Noah Leaving ‘The Daily Show’