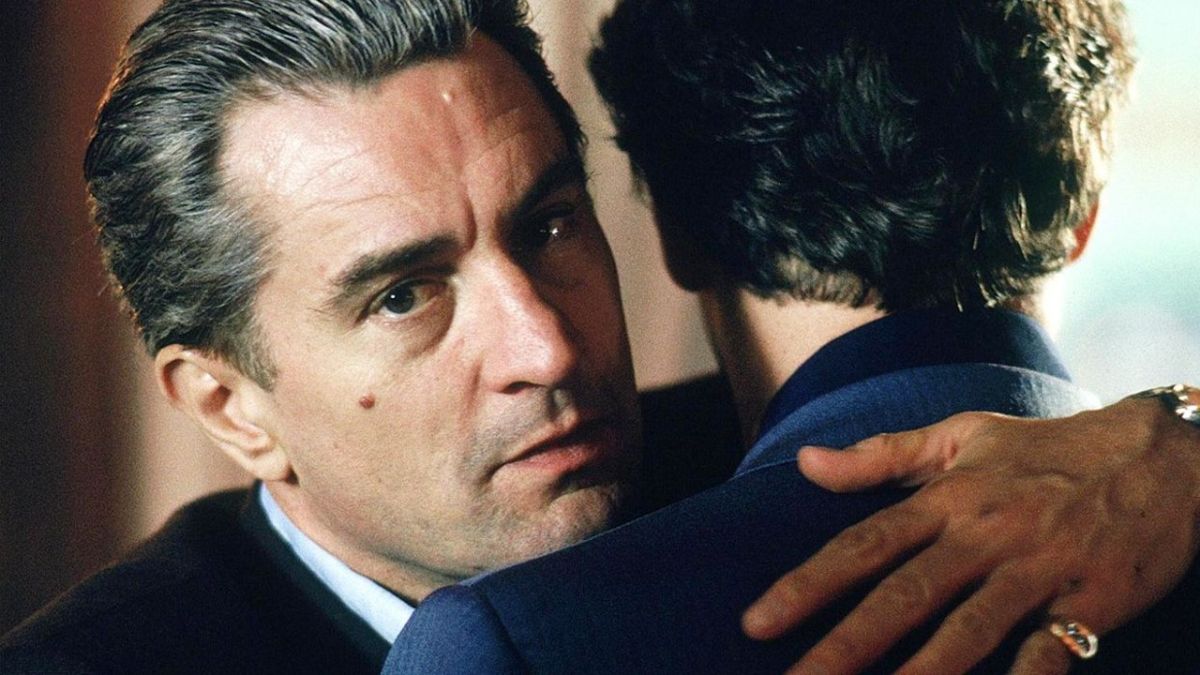 It’s been over 30 years since Martin Scorsese’s 1990 mob film, Goodfellas (which featured a sweet cameo from mother Scorsese), hit theaters and became a massive hit. Now, one of the stars of the celebrated flick, Robert De Niro, has a new gangster filmed lined up. And if that weren’t exciting enough, the production has a key tie to Scorsese’s movie.

Nicholas Pileggi penned the book Wise Guys, which was the novel Goodfellas was adapted from and, now he’s written the screenplay for a new mafia flick titled Wise Guys. Robert De Niro is to star, and Barry Levinson has been tapped to direct the project. Levinson is the director behind such movies as Wag the Dog, and Best Picture winner Rain Man. Rocky producer Irwin Winkler is also behind the project.

According to The Hollywood Reporter, Wise Guys will tell the story of Vito Genovese and Frank Costello, two Italian crime bosses who competed with each other in the 1940s and 1950s. The film is being distributed by Warner Bros., the same studio behind Martin Scorsese’s ’90s classic (another tie in), and the studio has churned a number of other mob-centric movies (and TV shows like The Sopranos).

While the upcoming film may not be new territory for the studio, this announcement is somewhat surprising. The recent merger with Discovery has led to the cancelation and postponement of many projects at WB. This includes HBO Max’s recently scrapped Batgirl film. But then again, Robert De Niro is still a major name, and the studio may be aiming to bank on him as a draw. The company may also feel confident knowing that Nicholas Pileggi is behind the script.

I cannot wait for Wise Guys, as Nicholas Pileggi clearly has a knack for writing extraordinarily compelling stories. Plus, it’ll be great to watch the Taxi Driver star return to his old stomping grounds within the genre that helped solidify him as a massive star. The Godfather Part II alum was famously snubbed by the Oscars for his work in Goodfellas, but maybe this will be his chance to win that third gold statue. Interestingly, Robert De Niro will be playing the role of both protagonists in the project, meaning he’ll really have the chance to show off his acting chops here.

While it may be a while before we get to see Wise Guys on the big screen, fans like myself will have plenty of opportunities to see the leading man in several upcoming projects. Robert De Niro will star alongside Leonardo DiCaprio in Martin Scorsese’s Killers of the Flower Moon which streams exclusively for Apple TV+ subscribers later this year. He is also set to star in a TV miniseries titled Nada, which is currently scheduled to air sometime in 2023. The legendary actor also has several other projects in different phases of the production process, so keep an eye out on CinemaBlend’s upcoming movie schedule.

As you await the veteran’s latest gangster pic, you can revisit Goodfellas before it leaves Netflix at the end of the month. Though HBO subscribers can also stream it, along with many other classic gangster films.