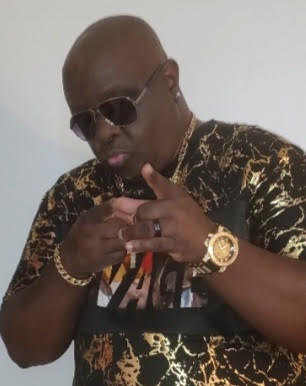 Hip-hop music is highly emotional, strong, and represents the ideas of life. Here is an in-depth interview with the up-and-coming Hip-hop star Michael Blackwell

Q: What makes you different from other rappers in the industry?

A: I create a mix of old and new school lyrics along with content aimed at Plus Size and Curvy women on a positive level not the like some of the garbage out now about money, drugs, cars, and Hip Hop needs to go back to days of groups like Public Enemy who dealt with everyday issues of racism and police, my style takes on the positive and fun side of Hip Hop geared to Plus Size and curvy women who have to deal with Body shame and the negative aspects.

Q: Who are your biggest musical influences? Would you say you’re at all like them?

A: My biggest influences are Rakim The Godfather Of Rap, LL Cool J, and RUN-DMC, my skills are definitely like their style from the wordplay like Rakim the storytelling like RUN-DMC, and the direct lyrics like LL COOL J.

Q: When driving, is there a certain track that has you blasting the stereo with the windows down?

A: Far as Hip Hop I can drive around listening to anything from Heavy D and The Boyz and Rakim they came with a mix of Hip Hop, Dance, and Street, and are known for getting a party started with any of their songs.

Q: Which artists do you think you would harmonize best with?

A: Most definitely Rakim, Heavy D, and Doug E. Fresh

Q: If you could collaborate with any artist, who would it be and why?

A: I would collaborate with Stevie Wonder for the simple reason his music and his song “Superstition” was the first song I learned to play on the piano and I love the mix of Hip Hop and R&B and that would be on a bucket list of collabs to do.

Q: If you had to switch bodies with another artist, who would it be and why?

A: Sounds kind of paranormal lol but if I had to switch bodies it be the late Heavy D for the reason everyone in the business loved Heavy D he was well respected and made music for everyone and I adapted a lot of my style from his music.

Learn more about Mr. Blackwell and where to purchase his music.

Paramount Looking To Put ‘Smile’ On Moviegoers’ Faces This Weekend – Box Office Preview
Tenille Townes Lives in the Moment With New Song, ‘The Last Time’
Don’t Worry Darling ‘Cut’ Kiki Layne From Most Of The Movie, But She Says She Won Regardless
Miranda Lambert Has Landed in Vegas and She’s Already Actin’ Up
Rocky Kramer’s Rock & Roll Tuesdays Presents “Madman” On Tuesday September 27th, 2022 7 PM PT on Twitch