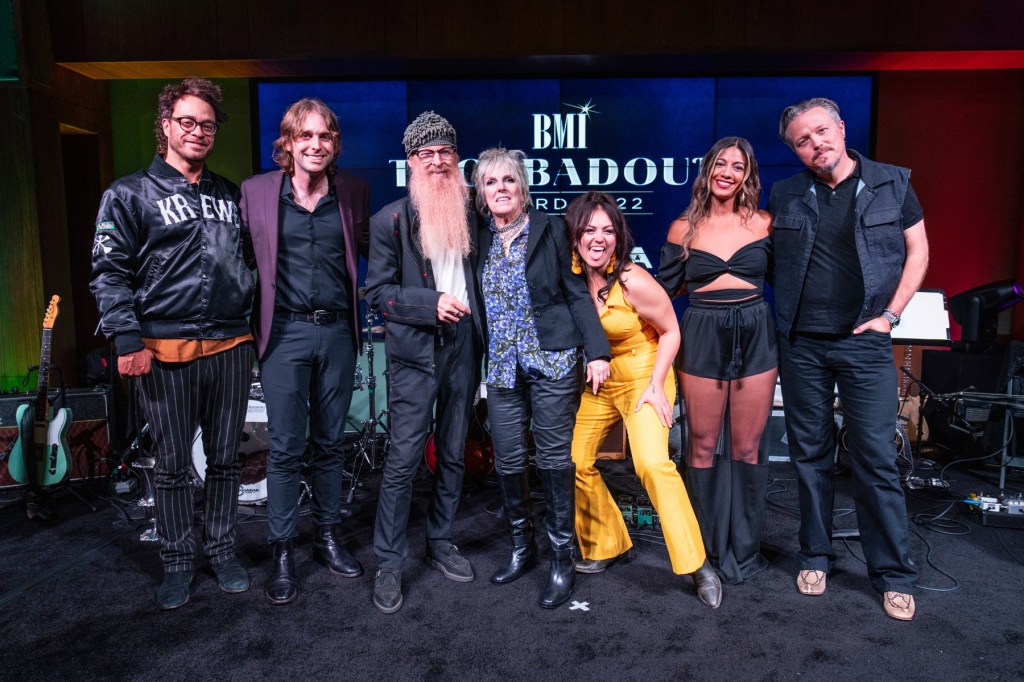 Prior to performing a swerving version of Lucinda Williams’ “Drunken Angel” for an intimate dinner party in Nashville on Monday night, Jason Isbell remarked how some songwriters just can’t write a good song anymore. But Williams, he said, was so unfailingly talented that she could restart her career right now and in 10 years “we’d be right back here.” Here was the BMI Troubadour Award celebration, which honored Williams — the first woman to receive the award — for decades of songwriting greatness.

The BMI Troubadour dinner is one of Nashville’s most gloriously low-key events, where the guest of honor and those paying her tribute mingle freely over cocktails and a themed meal. When John Prine received the honor in 2018, he requested pot roast; Williams’ menu was fried chicken in a nod to the greasy, humid South she depicted in rich imagery on albums like Sweet Old World and Car Wheels on a Gravel Road (No. 6 on Rolling Stone’s list of the 100 Greatest Country Albums of All Time).

While BMI execs Clay Bradley and Mike O’Neill talked up Williams’ industry accolades — as did journalist and Williams confidant Bill Bentley in an inspiring speech — it was the guest performances that best spoke to her power to elicit emotion. Madeline Edwards, a one-to-watch vocalist with charisma to burn, went first with a buoyant “Passionate Kisses,” Williams’ 1988 demand for needs met and happiness granted. Angel Olsen tackled “Fruits of My Labor,” painstakingly drawling out lyrics about “tangerines and persimmons and sugarcane.” And Amos Lee brought hushed elegance to “Little Angel, Little Brother,” off 1992’s Sweet Old World. 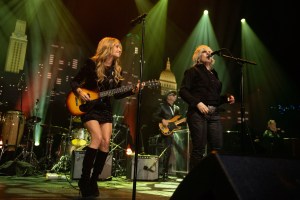 Isbell and his 400 Unit guitar foil Sadler Vaden represented Car Wheels with “Drunken Angel,” a wonderfully ramshackle rendition worthy of the artist who inspired Williams to write it: the late troubadour Blaze Foley. That performance and the one that followed it — Billy Gibbons growling his way through “Changed the Locks” — underscored just how much rock & roll Williams has in her DNA and why, one day, she belongs in the Rock & Roll Hall of Fame (and the Country Music Hall of Fame, for that matter).

Robert Plant, himself a Rock Hall member, likely wouldn’t object. The Led Zeppelin legend couldn’t attend Williams’ party in person but sent a video message that he inexplicably filmed in front of a Western wear store on Nashville’s Nolensville Pike. Steve Earle, Elizabeth Cook, and Williams’ producer Ray Kennedy all submitted video tributes as well, with Earle remarking how “LuLu,” as he calls her, doesn’t do well in sunlight and Cook praising Williams’ advice to wear glittery nail polish when she plays guitar — it’s easier to touch up when it chips.

For her part, Williams gave a short speech about feeling all the love in the room, praised her Thirty Tigers label boss for being a “radical leftie,” and offered a humble thanks. Then she was off into the night, the time when — as several of her friends noted — she does her best work.

FIFA 23: Best Young LB / LWB Wonderkids for Career Mode
Kevin Hart Gets Real About Will Smith’s Oscars Slap And How The World Should Treat His Situation With Chris Rock
Watch: The Final Teaser for The Midnight Club
Bella Hadid Pulled A Florence Pugh And Rocked Not One, But Two Sheer Looks For Paris Fashion Week
Best platforms for content creators to monetize their skills