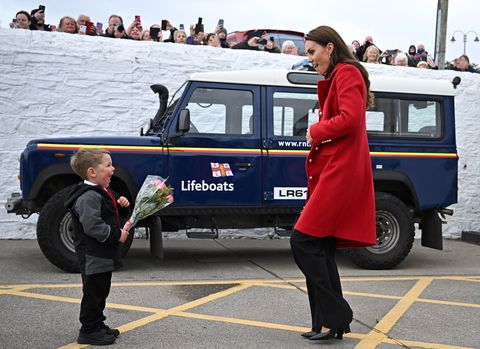 As the new Princess of Wales, Kate Middleton did her first event following the Queen’s funeral proceedings in Wales itself. Kate visited the Royal National Lifeboat Institution’s Holyhead Lifeboat Station today in Anglesey with Prince William. She very much dressed for fall, pairing a striking red peacoat with black heels and pants. She accessorized with Spells of Love hoop earrings, which haven’t sold out yet. 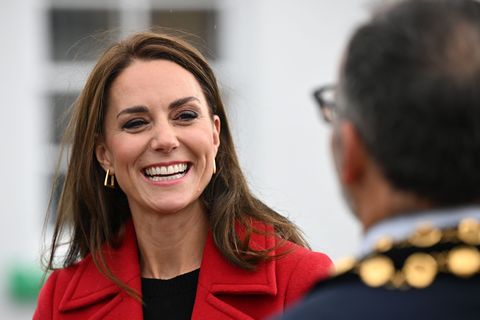 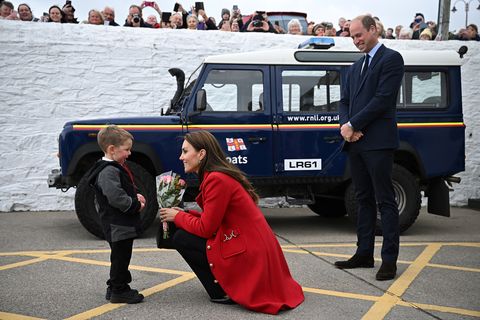 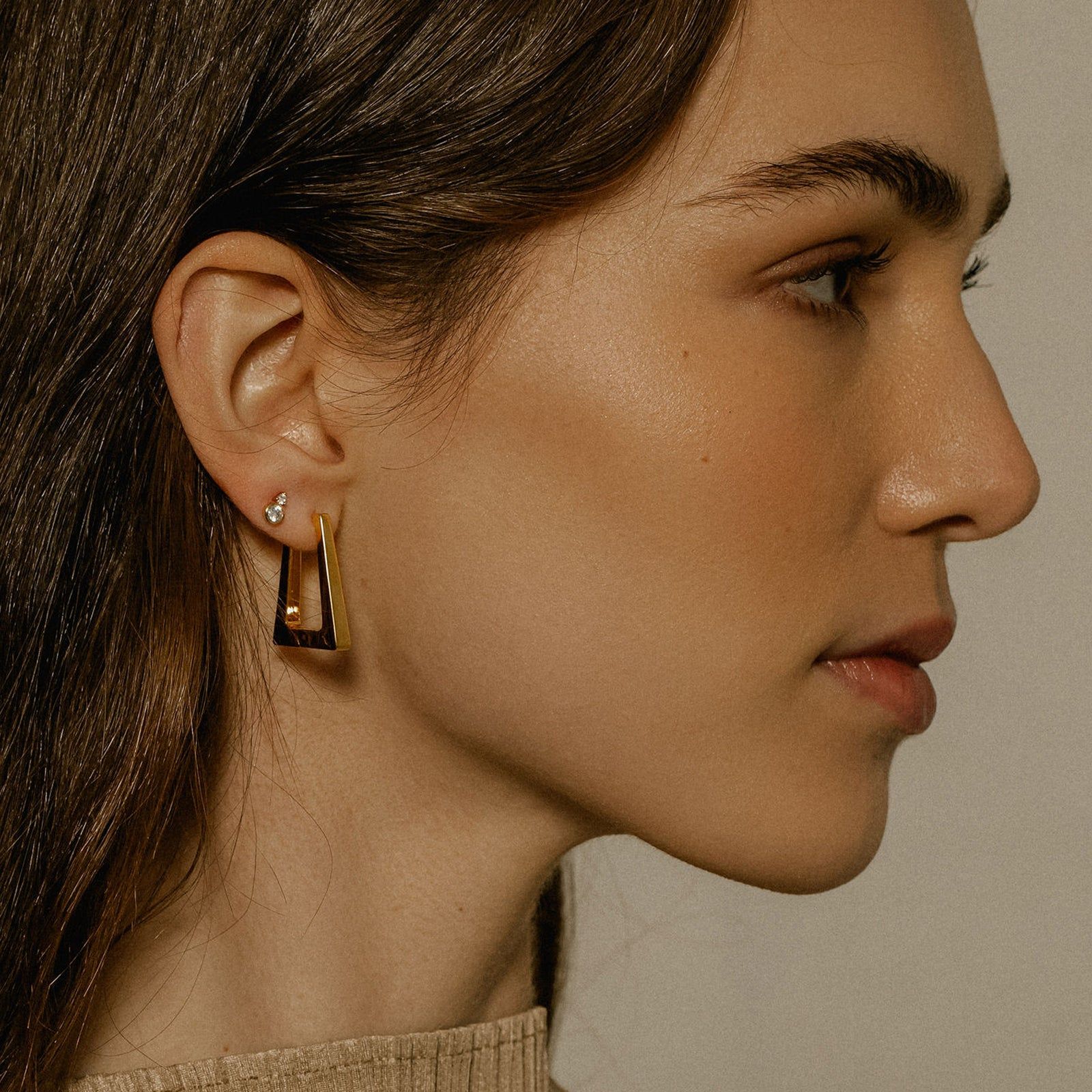 The appearance comes five days after she and William went out to thank volunteers and staff who helped execute the Queen’s funeral at Windsor’s Guildhall. Kate wore a black double-breasted peacoat then.

The Prince and Princess of Wales reiterated their gratitude on their Instagram, writing:

Thank you to all those who have worked so tirelessly to ensure that everyone visiting Windsor over the past two weeks has had a safe and positive experience.

It was a pleasure to meet just a small number of staff and volunteers today—we are hugely grateful for all of your efforts.

William and Kate, formerly the Duke and Duchess of Cambridge, received their new Prince and Princess of Wales royal titles from King Charles III during his first address as king following the Queen’s death. Their children Prince George, Princess Charlotte, and Prince Louis also had title changes, now becoming the Prince or Princess of Wales too rather than of Cambridge.

William reflected on the Queen’s impact on Kate and their children in his statement on her death, shared to the couple’s Instagram. “My wife has had twenty years of her guidance and support. My three children have got to spend holidays with her and create memories that will last their whole lives.”

Alyssa Bailey is the senior news and strategy editor at ELLE.com, where she oversees coverage of celebrities and royals (particularly Meghan Markle and Kate Middleton). She previously held positions at InStyle and Cosmopolitan. When she’s not working, she loves running around Central Park, making people take #ootd pics of her, and exploring New York City.