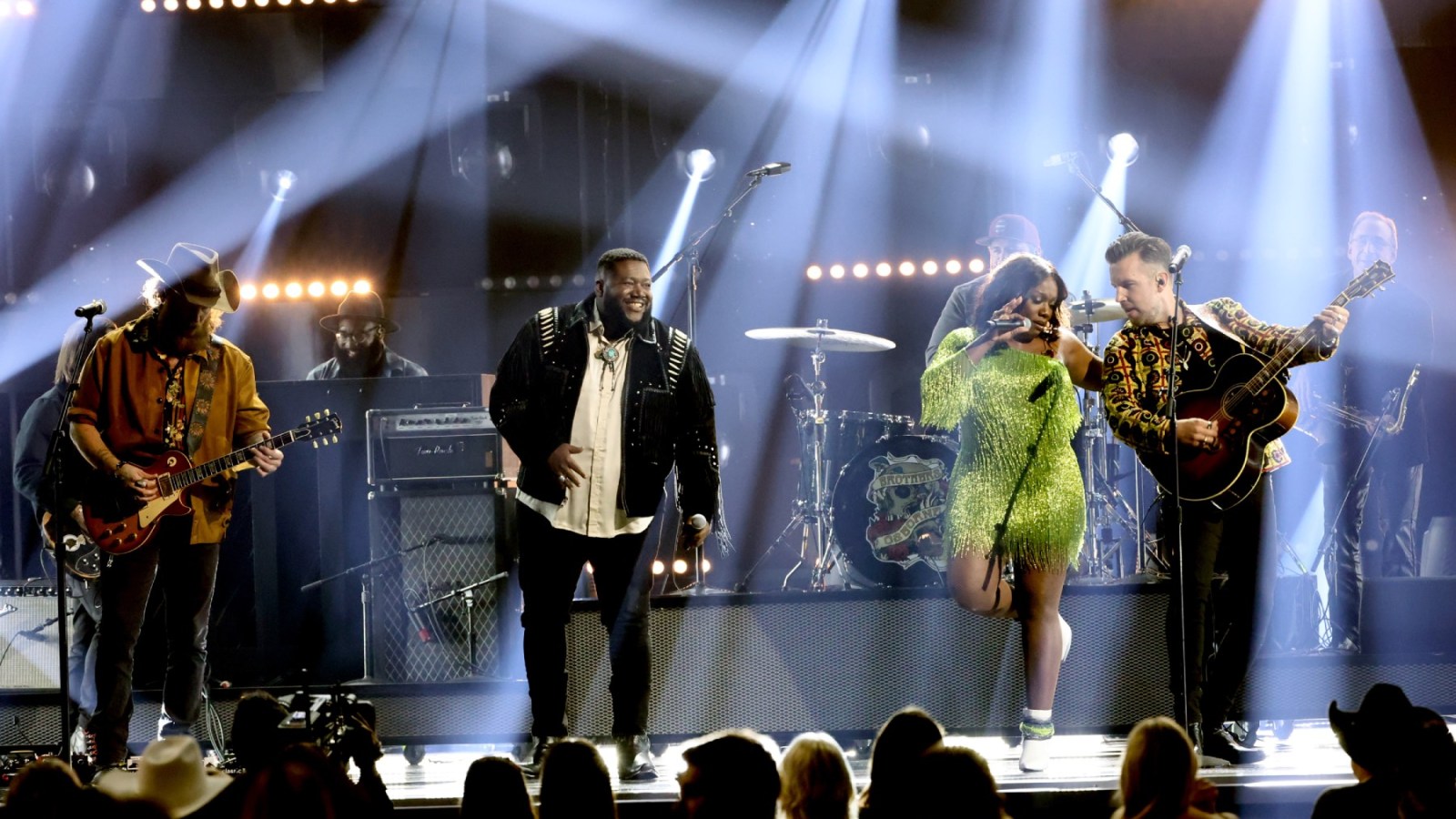 Brothers Osborne teamed up with the War and Treaty for a blistering performance of the Rolling Stones’ “It’s Only Rock ‘n’ Roll (But I Like It”) at the 56th CMA Awards.

Both duos put their signature stamp on the Stones’ 1974 gem, with TJ Osborne and Tanya Blount trading vocals in the first verse before being joined by Michael Trotter for a searing three-part harmony chorus. John Osborne did his best ragged-but-right Keith Richards solo.

Brothers Osborne and War and Treaty recorded a studio version of the song for an upcoming country music tribute to the British rock legends. Trotter has described the experience of taking part in the 2023 album, which also features Eric Church, Maren Morris, Zac Brown Band, and Brooks & Dunn, as a “dream come true.”

“I think it’s cool to have two duos collaborating, I don’t know that I’ve ever seen that before,” TJ Osborne said while teasing their CMA performance with their new labelmates earlier in the week. After releasing several albums with Rounder Records, the War and Treaty recently signed to Universal Nashville. Earlier on Wednesday, they released Blank Page, their debut EP on the label.

“We’re not the kumbaya cats that people may want to paint on us,” Michael Trotter told Rolling Stone in 2020. “We are the hopeful cats.”