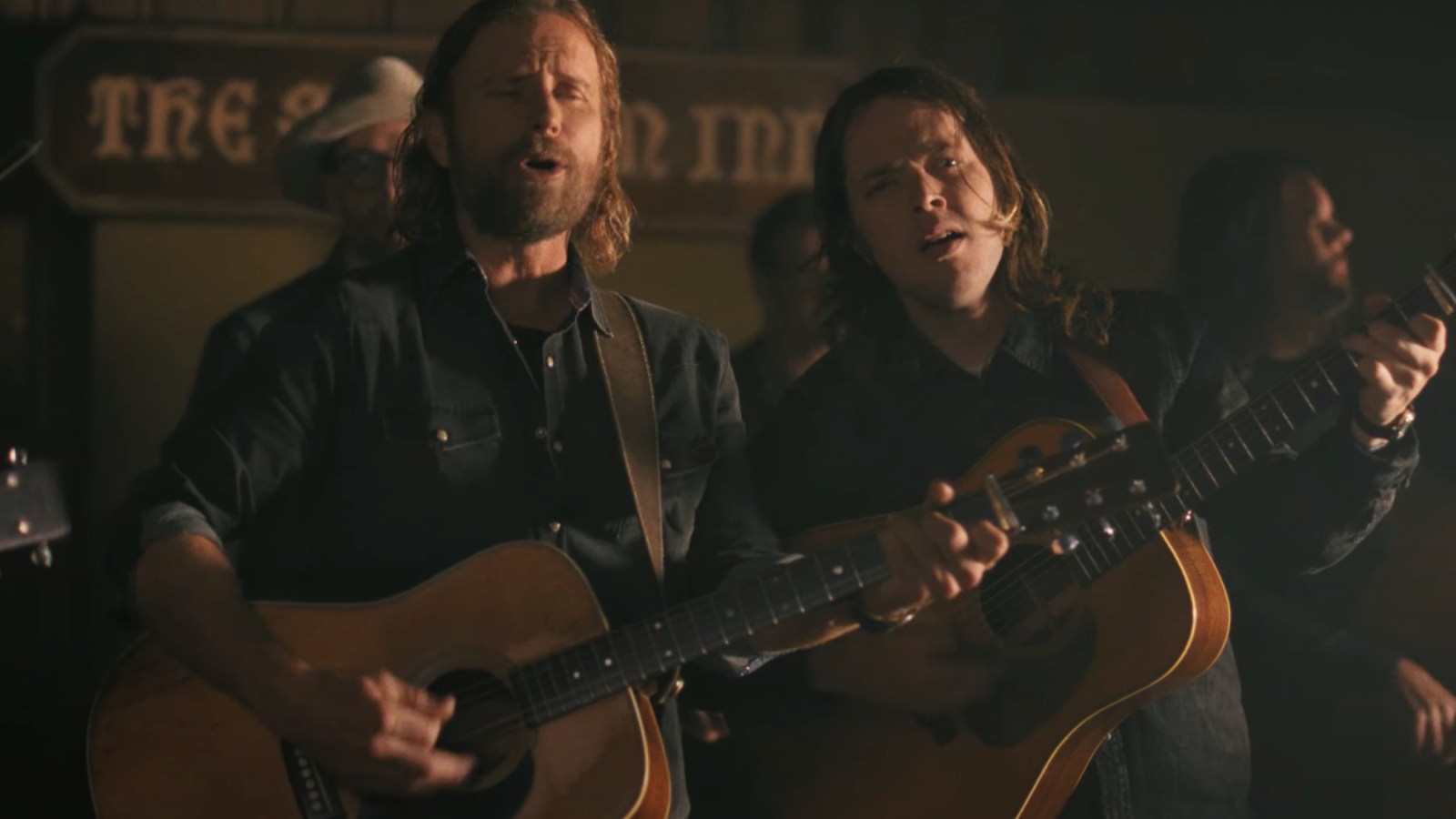 Dierks Bentley and Billy Strings hunker down to greet the end of days with some bluegrass jams and weed in the new song “High Note,” a lively romp from Bentley’s upcoming new album.

A brisk, rumbling acoustic guitar riff kicks things off, and the band — featuring Jerry Douglas, Sam Bush, and Bryan Sutton — gets into gear. Bentley senses the possibility of apocalyptic doom and says he has no plans to hide in a bunker. “I’ll be holed up in the basement with two very special guests/A big ol’ stack of Flatt & Scruggs and a bag of Willie’s best,” he sings.

Strings adds high harmonies on the chorus, where they sing joyfully about “goin’ out on a high note, like a tenor in an old hillbilly band.” For his verse, Strings says it may not be the end of the world, but it is the weekend after all, so why not blaze up? Strings and the other ace players on the recording all get a chance to show off some flashy licks, particularly in the song’s extended coda that stretches out past the five-minute mark. In the song’s video, they gather at Nashville’s Station Inn — the only structure left standing in a bombed-out wasteland — and make merry with improvised solos and canned peaches.

Bentley was also the guest on Thursday’s episode of The Late Show with Stephen Colbert, where he performed his current single “Gold” and sat down with the host to discuss winning Colbert’s celebrity pickleball tournament.

Specifics about Bentley’s 10th album haven’t been announced yet. Strings, meanwhile, released his collaborative album Me/And/Dad with his father, Terry Barber, on Friday.

‘Black Panther: Wakanda Forever’ Leaps To $676M WW; ‘Strange World’ Inanimate – International Box Office
Dolly Parton Felt She Was ‘Betraying Somebody Else’ With Rock Hall Nomination
Indiana Jones 5’s James Mangold Is Still Shutting Down Trolls When It Comes To Major Theory About The Movie
A Suspect in Takeoff’s Murder Has Been Arrested
Cody Johnson Drops Powerful Live Version of ‘’Til You Can’t’