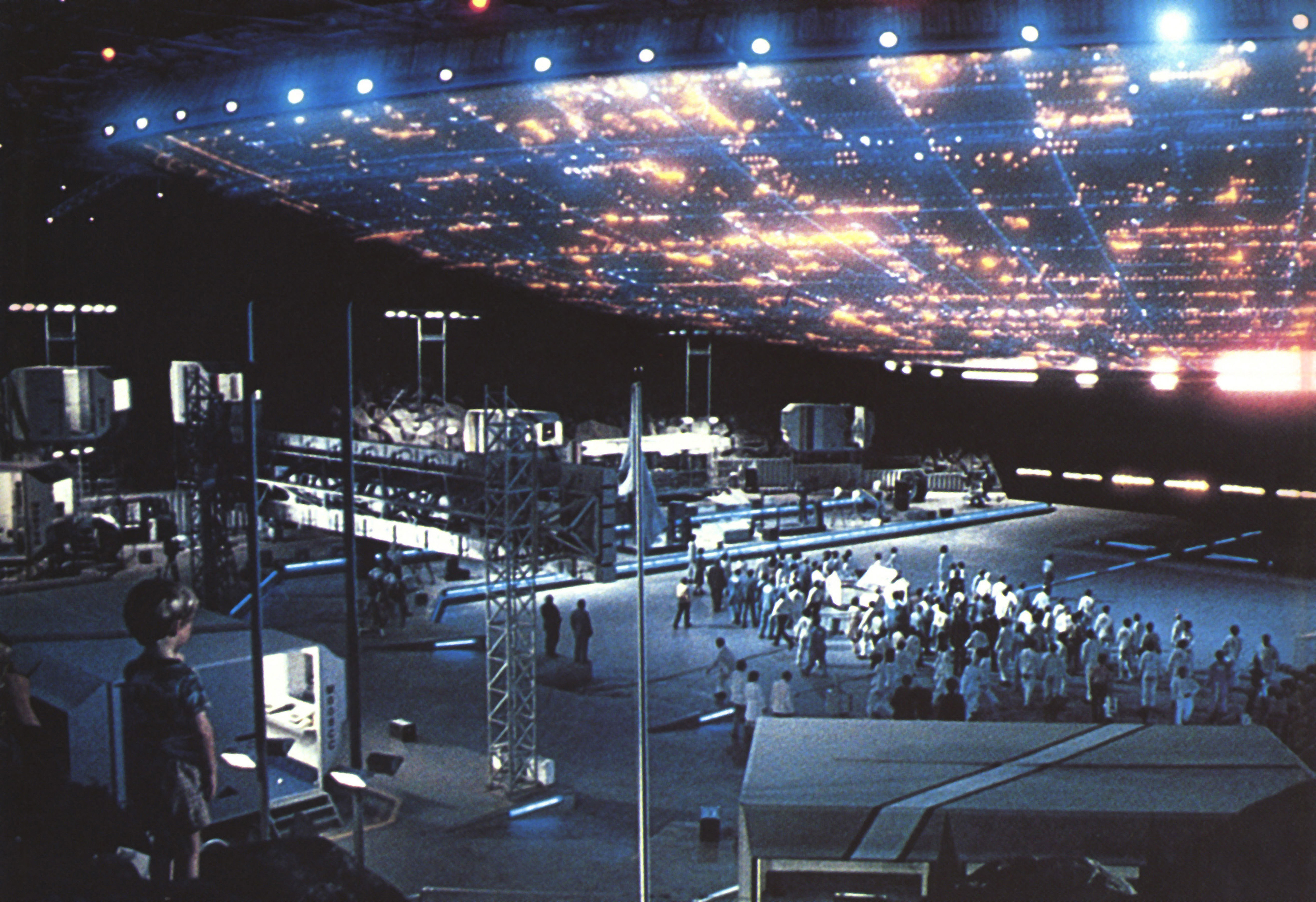 Close Encounters of the Third Kind, Steven Spielberg’s 1977 science fiction classic, is celebrating its 45th anniversary this week. The film follows the misadventures of Roy Neary — as played by Richard Dreyfus — as he first has a close encounter with a UFO and becomes enamored with potential alien visitation. Meanwhile, other witnesses report that the UFOs make a unique sound: a set of five musical tones. When government officials play those tones into the night sky, they receive a series of numbers in response. Those numbers turn out to be coordinates leading to Devil’s Tower, a geological landmark in Wyoming. Once at the tower, government experts begin communicating with the alien crafts using a combination of light and music.

Close Encounters manages to tell a compelling adventure story while also exploring some of the real-world challenges of communicating across planetary boundaries. It provides one potential avenue of communication should we ever have the pleasure of meeting our cosmic neighbors. The question is, would it work?

Scientists all over the world have been actively searching for messages from the stars for more than a century and concerted efforts have been underway since at least the 1980s. Those cosmic signal explorers, who collectively form the SETI project — short for Search for Extraterrestrial Intelligence — use a number of ground-based radio telescopes to listen for messages echoing through space-time.

The idea is that every radio signal we transmit ultimately spreads out through space at the speed of light. We started sending those signals in 1895, shortly after the invention of the radio. That means that there is a sphere of radio signals spreading more than a hundred lightyears in every direction from Earth. Any alien civilization within that sphere could feasibly pick up on some of those signals, if they too have invented communications technologies based on radio waves. And if that’s the case, then they should be sending signals too and we might be able to pick up on them with radio telescopes.

So far, we haven’t found anything. The folks at SETI have picked up on a handful of unusual signals but nothing that sounds like the radio broadcasts of an alien intelligence. If they did pick up a genuine communication tomorrow, it would be the biggest event in human history, but it would come with a critical question in need of an answer: what would we say in response and how would we say it?

In movies and television shows, there’s generally a hand-wavy explanation or a quickly conquered challenge that allows aliens of all stripes to live and communicate together. Some aliens communicate directly through thought, other times we develop technology that translates alien speech in real-time. Sometimes we stick a fish in our ear, and it translates alien speech into our native language in exchange for brainwave energy. In reality, it’s unlikely we’ll find so simple a solution. For evidence, we need only look at our own planet.

We have a hard enough time communicating between two distinct human populations and our languages largely have common origins. Additionally, all humans have evolved and lived on the same planet, and we all experience the world through the same set of senses, more or less. We have a lot going for us which should make communicating relatively simple. Yet, put two people in a room without a shared language and they’ll struggle to get anything done.

Looking further afield but still on Earth, there are the other intelligent species. We’re confident that dolphins communicate with language and that’s probably true of the great apes as well, not to mention an untold number of species we don’t yet understand well enough. We’ve been trying to communicate with dolphins for decades and have largely failed, despite them having a vocal language that is recognizable to us. How might we go about initiating a conversation with an octopus? How would they say hello? What about animals that communicate using smells or visual cues?

Those problems are only exacerbated when dealing with an alien intelligence, as it stands to reason they would be even more different than the intelligent non-humans here at home. Given an opportunity to speak with aliens, we would have to navigate a language gap that could include an entirely different language structure based on totally different foundational concepts. They might have a different set of senses entirely or brains that work in some unusual way. They might not have brains as we would understand them at all.

The notion of communication with aliens rests on the assumption that they will have at least a similar understanding of reality as we do. If we can find some common ground to build from, we might be able to build a bridge across the language barrier.

In Close Encounters it was music and light, in Arrival it was shapes hastily scrawled on a whiteboard. Several ideas have been proposed but among the most popular real-world suggestions for a universal Rosetta Stone is to use mathematics. The logic is that any intelligent species, whether they’ve just invented the radio or they’re traveling the galaxy, must have figured out a way to investigate the world around them. They must have designed a method of calculating things through the use of mathematics, and we might be able to establish a linguistic connection based on that common ground.

In 1960, German mathematician Hans Freudenthal published a book titled Lincos: Design of a Language for Cosmic Intercourse. In it, Freudenthal proposed a mathematically based language that could be understood by anyone, even someone wholly unfamiliar with human language or concepts. It would start with simple counting. A single pulse would be sent, followed by a pause. Then two pulses, then three, and so on. Next, we would communicate the concepts of greater than, less than, equal to, plus, and minus. Slowly, the communication of concepts would increase in complexity until we had a shared language. Freudenthal suggests that such a language could be used to communicate everything from mathematical and scientific concepts to the complexities and abstractions of human behavior and emotion.

In 1999, scientists put Freudenthal’s Lincos communication system to the test in what is now known as the Cosmic Call. The message was sent from a 70-meter radio transmitter in Evpatoria, Ukraine. The message was comprised of two main parts. First, the primer communicated math, science, and biology concepts. Next, they sent a larger message containing drawings, texts, videos, and song, according to Smithsonian Magazine.

The message was sent to four stars in 1999 and an additional five in 2003, all of which were candidates from SETI’s list of systems with the potential for life, and all of which were between 50 and 70 lightyears away. If there’s anyone listening at one of those stars, they won’t receive our message for another 30 to 50 years, and we’ll be another 50 to 70 years waiting on a response. At best, we’re 80 years from knowing whether or not the Cosmic Call worked. If we want an answer sooner than that, we’ll just have to hope they actually show up and land on the White House lawn, and that they’re friendly.

Looking for an alien who certainly knows how to communicate? Stream Resident Alien on Peacock.