On Saturday, Margot Robbie was a vision at the Academy of Motion Picture Arts and Sciences 13th Governors Awards in Los Angeles, wearing a brilliant green column gown by Bottega Veneta. The satin fabric split mid-torso to reveal her abs and the bodice featured an asymmetrical one-shoulder design.

The skirt of the dress brushed the floor, gathering over one hip where it was connected to the top piece with a gold tie. 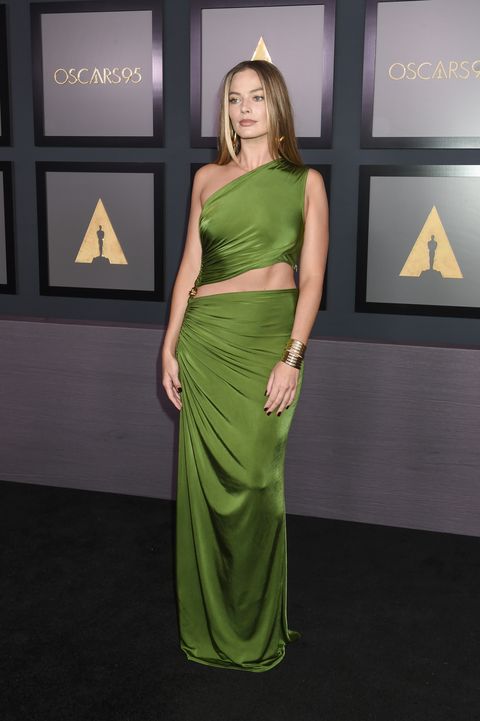 She wore two thick gold bracelets, and had her blonde hair straight down her back. Robbie wore a very natural makeup palette with a little shimmery eye shadow, and a mauve manicure. In her ears were heavy gold hoops. 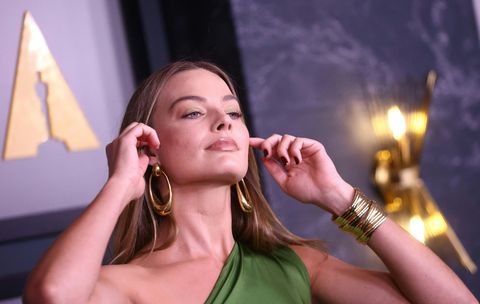 The 32-year-old was accompanied by her husband Tom Ackerley, who she makes infrequent public appearances with. The English film producer was wearing a classic black suit and a black bowtie. 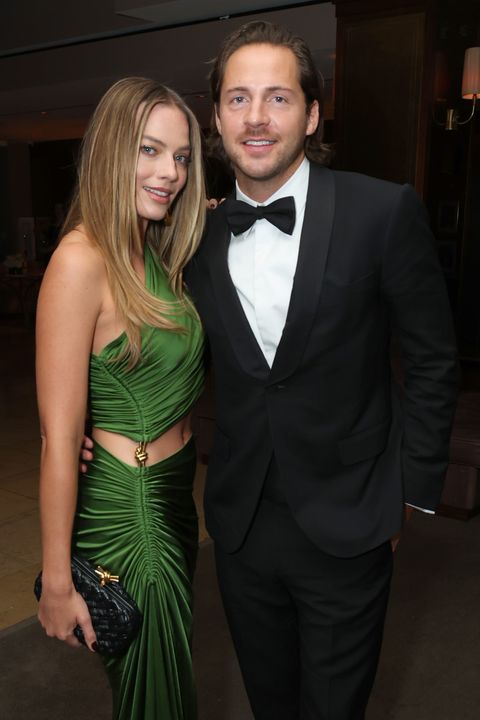 Robbie just starred in Babylon, alongside Brad Pitt, a film about Hollywood’s transition from making silent films to making “talkies,” films with synched sound and dialogue. In her recent cover interview with Vanity Fair, Robbie gushed about the film and the apparently wild time she had making it.

“What you see onscreen is the chaos of making a movie and how f-cked it is, but also how it’s just the greatest thing ever,” Robbie said. “And, literally, filming it was the exact same thing. Sh-t was so unhinged and so fun and amazing and just absurd. It was definitely the best experience of my life.”

She has plenty of experience with every side of fame in Hollywood to draw on.

“The way I try to explain this job—and this world—to people is that the highs are really high,” Robbie added. “And the lows are really, really low. And I guess if you’re lucky, it all balances out in the middle.”

The film also stars Diego Calva, Jovan Adepo, Jean Smart, Tobey Maguire, Lukas Haas, Olivia Wilde, Max Minghella and Eric Roberts. The movie was written and directed by Damien Chazelle, and will be out in theaters in late December.