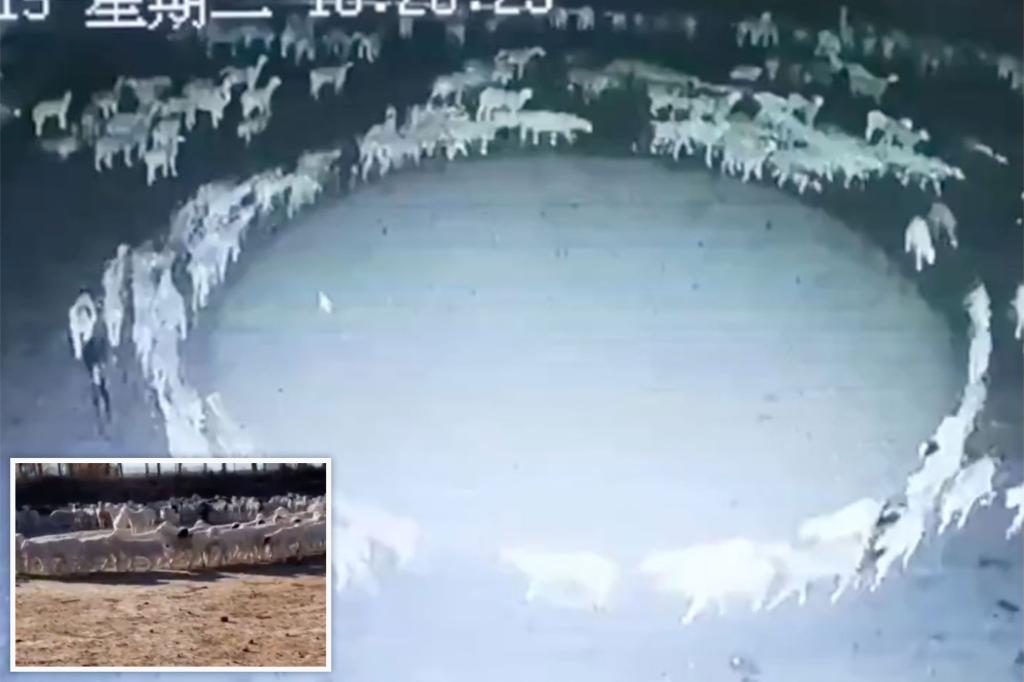 There ain’t no sleep with this counting!

Dozens of sheep have been eerily walking around in a circle for 12 days straight in northern China’s Inner Mongolia region.

The bizarre behavior, captured on surveillance video, shows the large flock continuously marching clockwise in a nearly perfect circle on a farm.

Some other sheep can be seen watching from outside the rotation while others at times stand motionless in the center.

Video of the strange scene was tweeted Wednesday by Chinese state-run outlet People’s Daily, which reported the sheep are perfectly healthy and the cause of the behavior remains a mystery.

The sheep owner, identified as Ms. Miao, claimed the spectacle began with a few sheep before the whole flock joined in, Metro reported. Although there are 34 sheep pens at the farm, only the sheep in one of the pens — number 13 — have been acting this way.

They’ve been on the move since Nov. 4. It’s unclear whether they stop to eat or drink.

Some have speculated the sheep’s behavior could be caused by a bacterial disease called Listeriosis — also known as “circling disease.”

“Initially, affected animals are anorectic, depressed, and disoriented. They may propel themselves into corners, lean against stationary objects, or circle toward the affected side,” according to the Merck Manual.

Outbreaks typically occur as a result of spoiled or low-quality silage, according to the Merck Manual. In sheep and goats, however, death usually occurs within 24 to 48 hours after symptoms are observed.