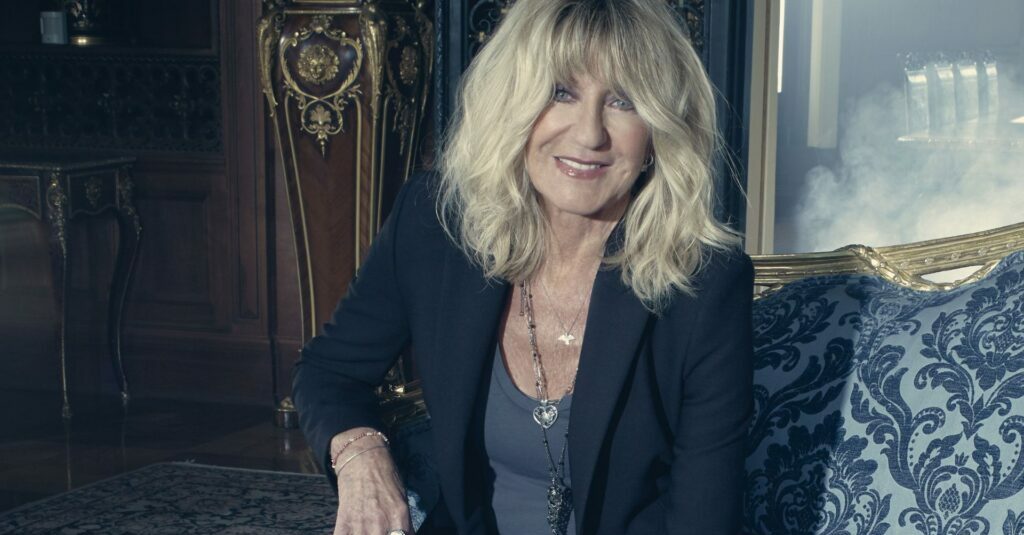 Christine McVie, the longtime vocalist, keyboardist, and songwriter for Fleetwood Mac, has died at the age of 79. “She passed away peacefully at hospital this morning, Wednesday, November 30th 2022, following a short illness,” the musician’s family said in a statement. “She was in the company of her family. We kindly ask that you respect the family’s privacy at this extremely painful time, and we would like everyone to keep Christine in their hearts and remember the life of an incredible human being, and revered musician who was loved universally. RIP Christine McVie.”

Christine Anne Perfect was born on July 12, 1943 in the village of Bouth, Lancashire in England, the daughter of a concert violinist and a faith healer. She started learning music from a young age, studying classical music until she was 15 before turning to rock n’ roll. After moving to Birmingham to study sculpture, she joined a band called Sounds of Blue as a bassist. Two of her bandmates, Stan Webb and Andy Silvester, would go on to form Chicken Shack, which featured McVie on vocals and keyboards. The group released two albums, 40 Blue Fingers, Freshly Packed and Ready to Serve and O.K. Ken, and had a top 20 UK hit with a cover of Etta James’ ‘I’d Rather Go Blind’.

McVie left Chicken Shack in 1969 after meeting Fleetwood Mac bassist John McVie, whom she married a year later, just after the release of her solo debut, Christine Perfect. (At the time, Fleetwood Mac and Chicken Shack were signed to the same label, Blue Horizon.) Having contributed to a handful of early Fleetwood Mac albums, she became an official member in 1970 following the departure of founding guitarist Peter Green. Soon after moving to the United States, Lindsey Buckingham and Stevie Nicks joined the band and found massive success with their 1975 self-titled album, which featured the McVie-penned hits ‘Over My Head’ and ‘Say You Love Me’. She also wrote numerous classics on its blockbuster follow-up, 1977’s Rumours, including ‘Songbird’ and ‘You Make Loving Fun’. The McVies would get divorced in 1978, but both remained in the band.

McVie contributed to 1979’s Tusk and 1982’s Mirage before releasing her 1984 self-titled record, which included the top 10 hit ‘Get a Hold On Me’. She married keyboardist Eddy Quintela in 1986, and the pair co-wrote songs together for Fleetwood Mac’s next outing, 1987’s Tango In The Night, including the hits ‘Everywhere’ and ‘Little Lies’. Her last studio album with Fleetwood Mac’ was 1995’s Time, and she formally retired from the band following their induction into the Rock and Roll Hall of Fame in 1998. In 2004, she released her third and final solo album, In the Meantime.

McVie officially rejoined Fleetwood Mac before the On With the Show Tour in 2014. Three years later, she released the collaborative album Lindsey Buckingham Christine McVie and toured in support of it. Earlier this year, McVie issued a compilation album titled Songbird (A Solo Collection).

“There are no words to describe our sadness at the passing of Christine McVie,” Fleetwood Mac wrote in a statement. “She was truly one-of-a-kind, special and talented beyond measure. She was the best musician anyone could have in their band and the best friend anyone could have in their life. We were so lucky to have a life with her. Individually and together, we cherished Christine deeply and are thankful for the amazing memories we have. She will be so very missed.”

Stevie Nicks has paid tribute to her bandmate in a handwritten note shared on social media, writing: “A few hours ago I was told that my best friend in the whole world since the first day of 1975, had passed away. I didn’t even know she was ill… until late Saturday night. I wanted to be in London; I wanted to get to London – but we were told to wait. So, since Saturday, one song has been swirling around in my head, over and over and over. I thought I might possibly get to sing it to her, and so, I’m singing it to her now.” Nicks then wrote out the lyrics to Haim’s 2019 song ‘Hallelujah’. “See you on the other side, my love,” she concluded. “Don’t forget me — Always, Stevie.”