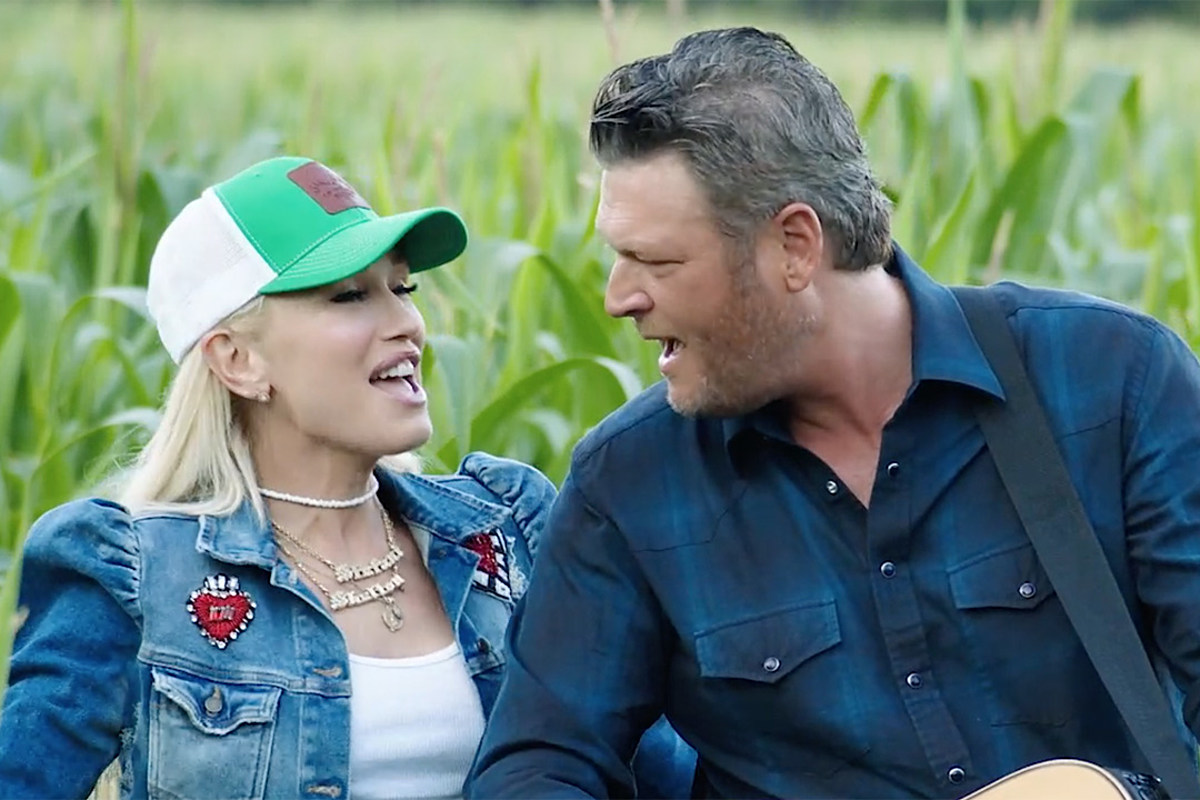 Blake Shelton and Gwen Stefani are set to release “Happy Anywhere,” an undying love song co-written by Ross Copperman and Josh Osborne, and frankly, why wouldn’t they? Here’s the scoop on the couple’s new song, expected to land at country radio on Friday (July 24).

“Happy Anywhere” follows Shelton and Stefani’s 2020 smash hit “Nobody But You,” which was also an undying love song co-written by Ross Copperman and Josh Osborne. Sonically the two songs are different; thematically, the new song is undeniably more optimistic than their last duet. Can you blame the real-life lovers for recording another song together?

Credit Matt Jenkins as the new song’s third writer. He co-wrote “Got the T-Shirt” on Shelton’s last full length studio album, Texoma Shore (2017). Copperman and Osborne, meanwhile, are frequent co-writers for Shelton, with hits including “I Lived It,” “My Eyes” and “Turnin’ Me On.”

Gwen Stefani + Blake Shelton: A Timeline of Their Love

The “why?” of it all is a big part of the above video. Taste of Country’s Billy Dukes and Adison Haager dissect what the new song means with respect to their individual careers and whether or not “Happy Anywhere” is a sign that they’ll soon be singing to wedding bells.

With a new season of The Voice coming to NBC in the fall and both Stefani and Shelton returning as coaches, the timing of this song couldn’t be more fitting. They’ll debut the song on Today on July 24 and look to already have their new music video filmed and edited.

Shelton said he’s done make full-length albums, so expect this song to be on an EP, or maybe it will simply stand alone. Together, he and Stefani have recorded four songs together that they’ve released to fans, but while it wouldn’t take much more for a complete collaborative project. Is there more in the vault?

“We’ve all been in quarantine and lockdown, and hopefully we’ve been doing that with somebody that we really love and enjoy being around,” Shelton dishes in a press release. “That’s what happened with Gwen and me this summer — and this entire year.”

Shelton has cut several songs inspired by Stefani, even if he didn’t write them. “I’ll Name the Dogs” inspired wedding rumors in 2017, and since then, every moment they’ve shared on camera has, too. Both have said they’re open to marriage, and rumors have swirled that a wedding is imminent. Those rumors are just that, however, as a rep for the singer told ToC that Us Weekly‘s most recent report simply isn’t true.

With everything Shelton and Stefani have going on right now, where would they even find the time?

LOOK: These Are Country Music’s Best Love Songs — Do Blake and Gwen Belong?