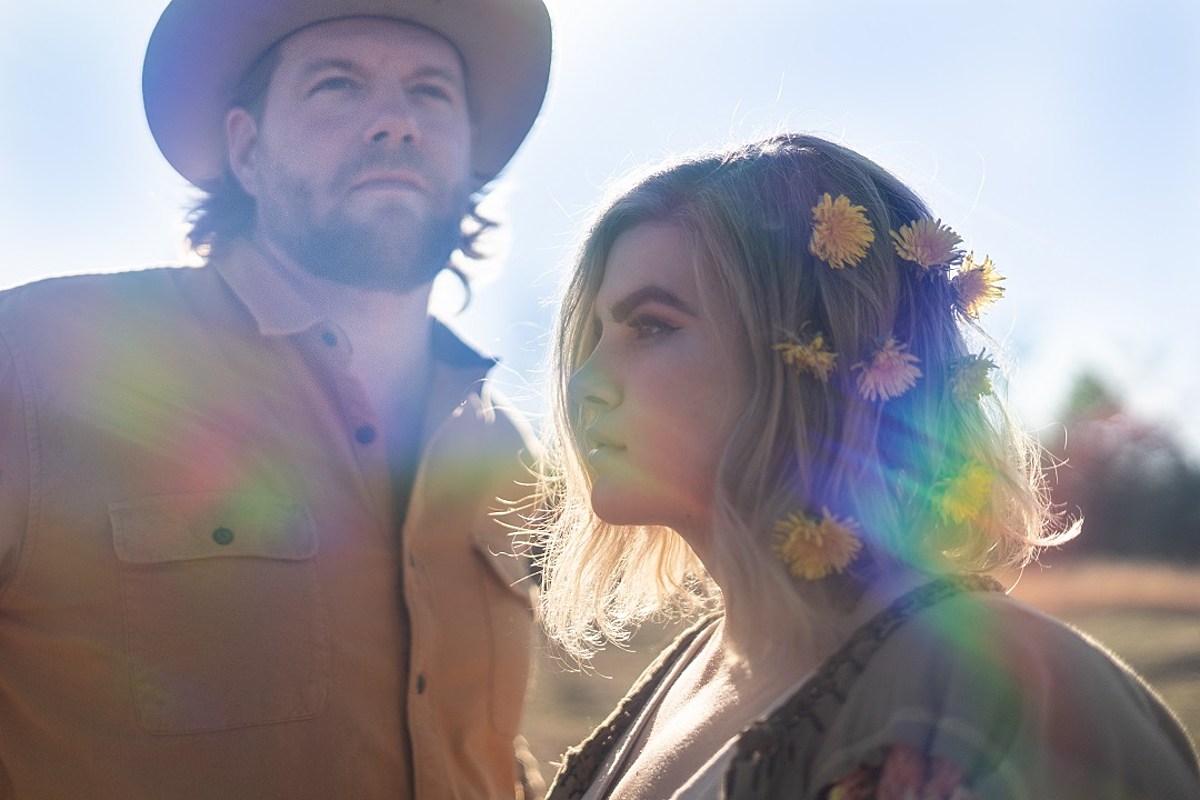 Carolina Story’s “Dandelion” offers listeners a bit of hope and encouragement in a hard time. Readers can press play above to hear the brand-new track, premiering exclusively on The Boot.

Uptempo and folky, “Dandelion” is “a love letter urging people to keep hanging on, taking it one day at a time, to not lose that hope,” the duo’s Emily Roberts tells The Boot. Tambourine and harmonica emphasize the song’s message of resilience: “Hold tight until the morning … We’ll be fine, just like a dandelion,” Carolina Story sing.

“This song ended up informing the whole record and the way it should go,” Ben Roberts, Emily’s musical partner and husband, explains. “It’s about the struggle of the common people and surviving among the harshest elements, reaching for a sliver of light through the darkness. It’s about resilience and determination — giving voice to those whose voices are in the background.”

“Dandelion” is the title track of Carolina Story’s forthcoming sophomore album. The enduring flower-like weed, with its ability to grow just about anywhere and its medicinal properties, was an apt metaphor for themselves, the Robertses decided, even before the song and record came into being.

“Even the sight of a dandelion often takes one back to the nostalgia of childhood. Who hasn’t plucked the white fluffy globe from the ground, blowing away the soft flurries into the wind, making a wish simultaneously?” Ben Roberts, who co-wrote “Dandelion” with Justin Schipper, reflects. “People are like dandelions, especially minorities and those who are marginalized.”

Due out on Sept. 4 via Black River Americana, Carolina Story’s Dandelion follows their debut project, 2018’s Lay Your Head Down. Produced by Paul Moak and now available to pre-order and pre-save, the record, the duo says, “offered a chance for the two of us to really stand together on equal footing.”

“Balance is key, both in a marriage and a band,” Emily Roberts says, “and the way we share lead on these songs and sing collectively as one voice feels like a strong representation of our relationship.”

Carolina Story have been making music together for more than a decade, after meeting in college, in 2007. They’ve been married since 2009 and signed with Black River Americana since 2017.