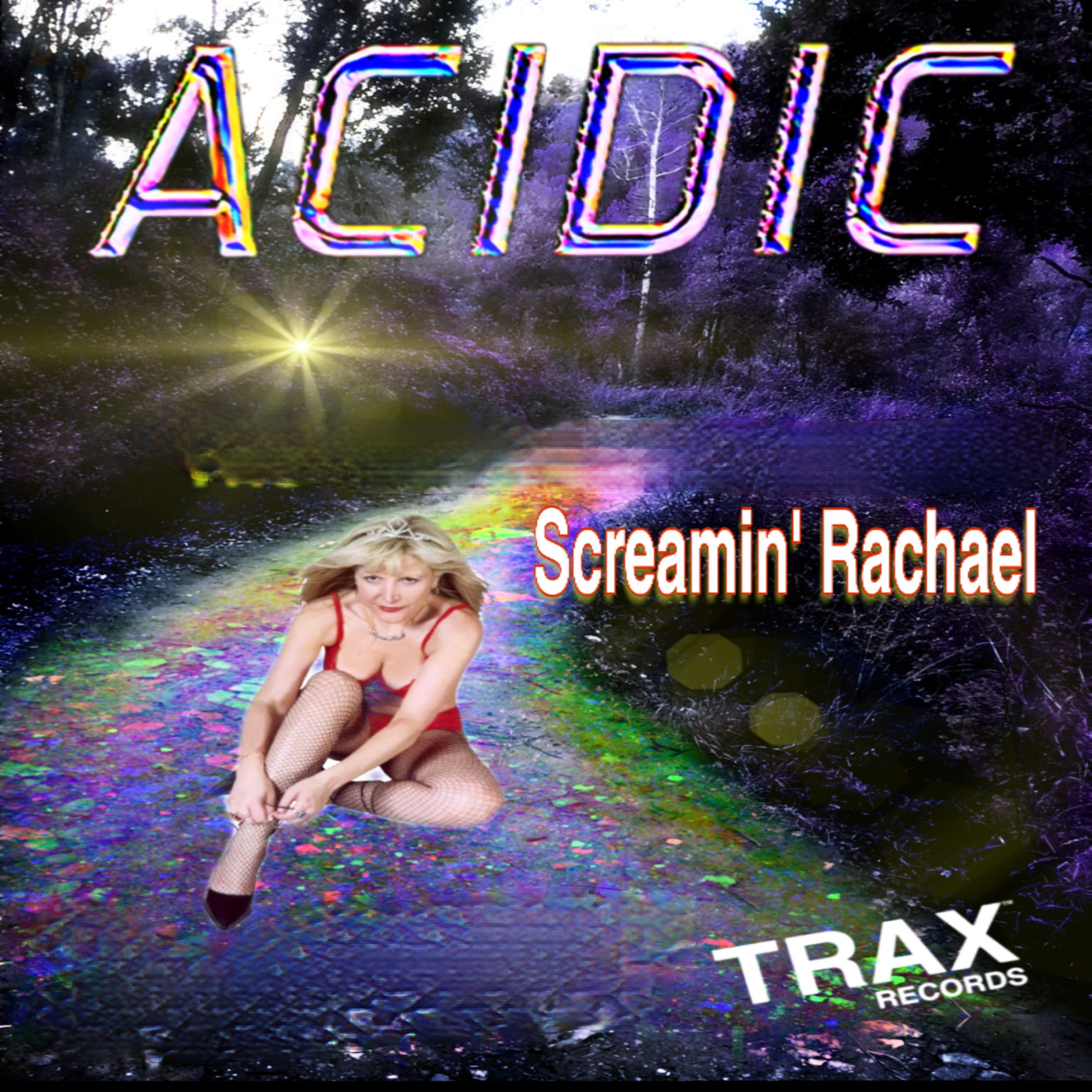 The iconic Club Kid and Queen of House music Screamin’ Rachael (AKA Rachael Cain), proudly celebrates the release of her double EP “ACIDIC.” The diabolical record will be the first new TRAX RELEASE ON VINYL!

Vinyl culture had all but died until the recent resurrection. “Somebody was trying to tell me that CDs are better than vinyl because they don’t have any surface noise. I said, listen mate life has surface noise.”…. John Peel (the longest serving of the original BBC radio). Until you buy the vinyl, you don’t really know the record. Contributing to the resurgence of the vinyl culture is the new album release of “ACIDIC.” The legendary, independently owned label has also been resurrected recently by owner Screamin’ Rachael. “Acidic” will be the first of a number of great new releases on vinyl. The label’s mission is to put exciting, groundbreaking music out just the way they did at the very birth of the label.

“Acidic” screams “Acid House,” a sound which was conceived at the TRAX label nearly 33 years ago. The multi-faceted, effervescent, and multi-chromatic music has spawned the use of samples, drum machines, synthesizes, turntables and repetitive sequences. Scientific studies have proven that house music produces greater feelings of happiness and joy as well as diminishing emotions associated with sadness. The album also spotlights the talent of visionary Screamin’ Rachael who is no stranger to the limelight. Rachael’s passion for her music explodes on the musical episodes relayed on the tracks of the double EP.

Screamin’ Rachael was instrumental in the spread of house music in New York City and Europe. She also appeared in numerous movies and documentaries regarding the House sound. She continues to appreciate her fans as the first house artist to have a major label deal.

The album was also produced by Rachael and underground Chicago House sensation Marcus Mixx with remixes by the biggest DJ’s and producers on the planet including: DJ Matt Black, a UK-based house and techno producer, Dan Smith, (AKA Late Nite DUB Addict), Luca Gerlin, an Italian DJ producer born into the electronica music culture, Alfredo Rosiello, alias Alfrenk, Gioele Cantoni, known as ProOne79, Blurred, A project of two young Dj/producers born in southern Italy, Vincenzo Scollo and Raffaele Sonnessa. Also featured is an extended mix by New York producer Elmo 3 and Calambre that takes the classic jam You Used to Hold Me to uncharted acid ecstasy!

The highly acclaimed and long anticipated record is now available on all of the Digital platforms. “Acidic” rises above the noise and acknowledges the human spirit….

Original ‘Salem’s Lot’ Star Lance Kerwin Has Passed Away at 62
This Is The End Of One Road, But Not Goodbye – Esoterx
Frozen’s Idina Menzel Reveals ‘Let It Go’ Change She Insisted On, And Why It’s Biting Her In The Butt Nowadays
‘Avatar: The Way Of Water’ Moves Up To No. 4 Biggest Movie Ever Global, Leaving ‘Force Awakens’ In Its Wake
Kelly Clarkson Stalker Arrested Against After 12 Restraining Order Violations