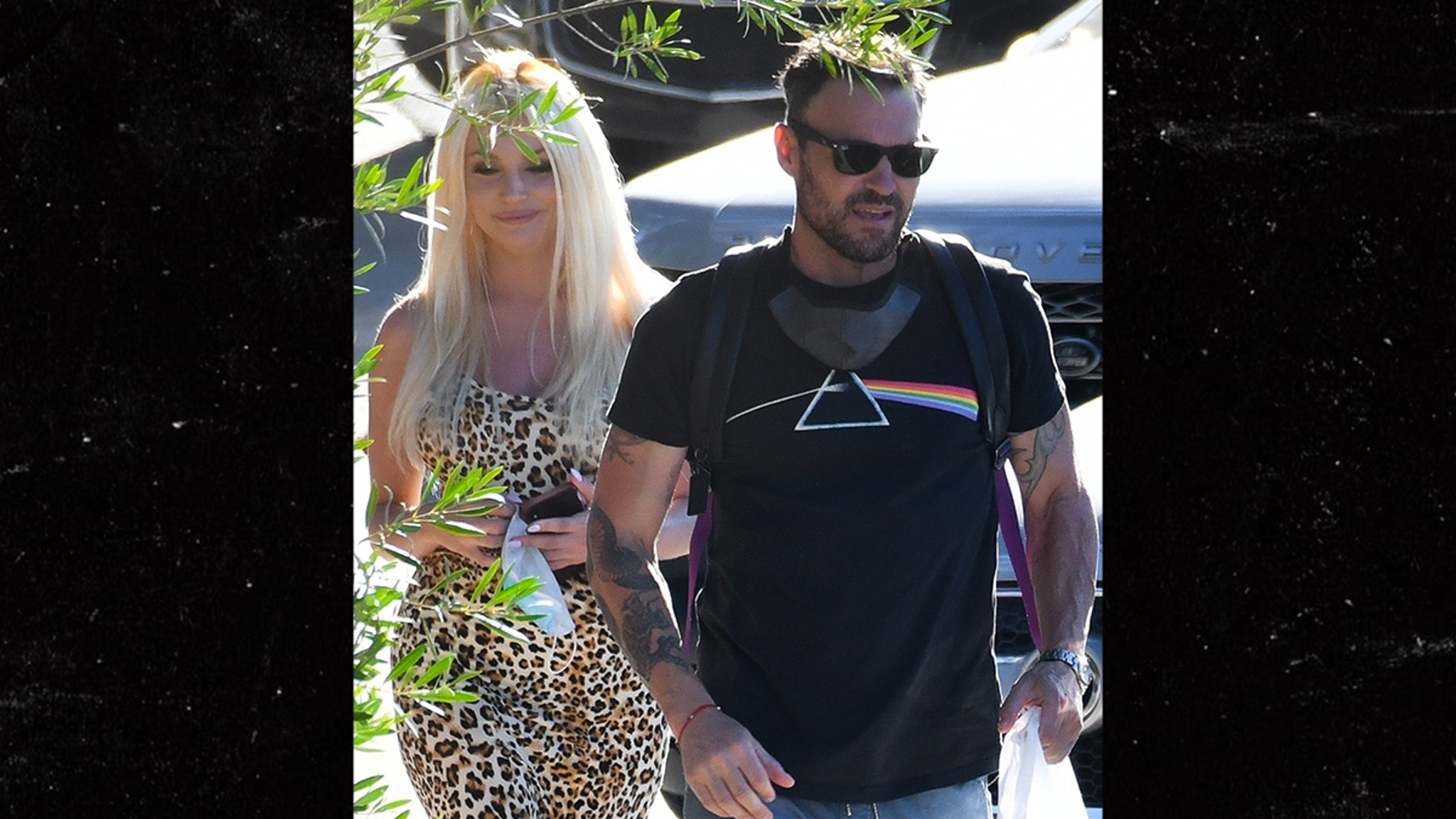 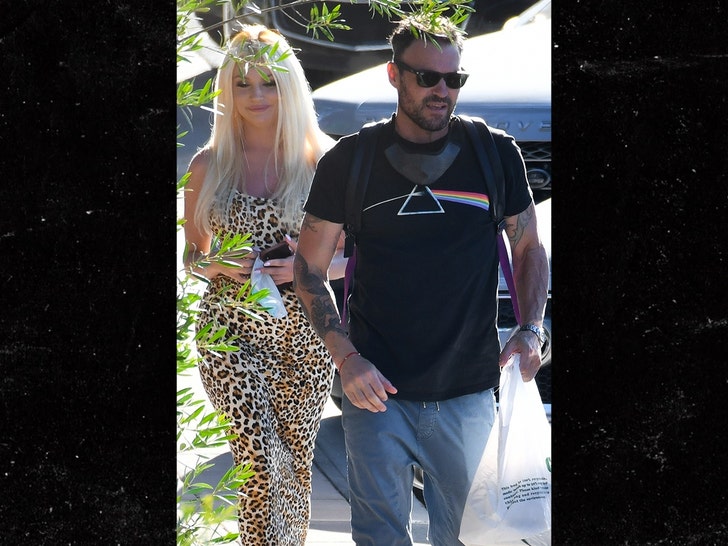 Brian and Courtney were spotted together Saturday grabbing lunch from a Mexican joint near L.A. and looked like a pretty rockin’ couple — him in a Pink Floyd shirt and her in a leopard print dress. 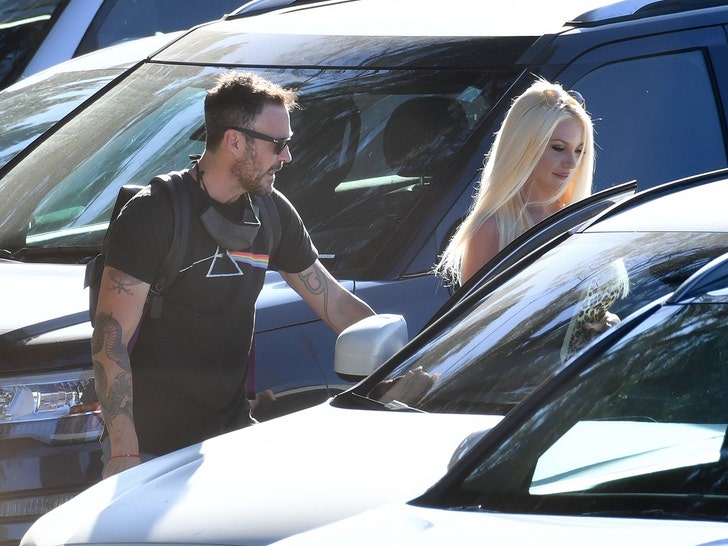 Now to be fair, there’s no indication there’s anything romantic going on between them, but the sighting’s still interesting … and they’re both single and ready to mingle, as far as we know.

As you may know … Brian and Megan’s on-again, off-again relationship status is currently set to off. Their marriage has been notably turbulent for years, but there were major signs they’re on the rocks last month when we got photos of Fox hanging out with MGK.

Brian later revealed Megan told him she wanted to separate months ago after returning home from shooting a film in another country … which costars MGK.

The ‘90210’ actor suggested divorce was imminent and difficult for him to accept, but also said he was glad Megan was honest with him … and he wasn’t upset she’s with MGK, who he referred to as a good guy.

Shortly after that, Fox starred in MGK’s steamy new music vid for “My Bloody Valentine” … which seemed to signify she and her hubby were officially donezo.

So, door’s open for Stodden … who officially became single just months ago herself.