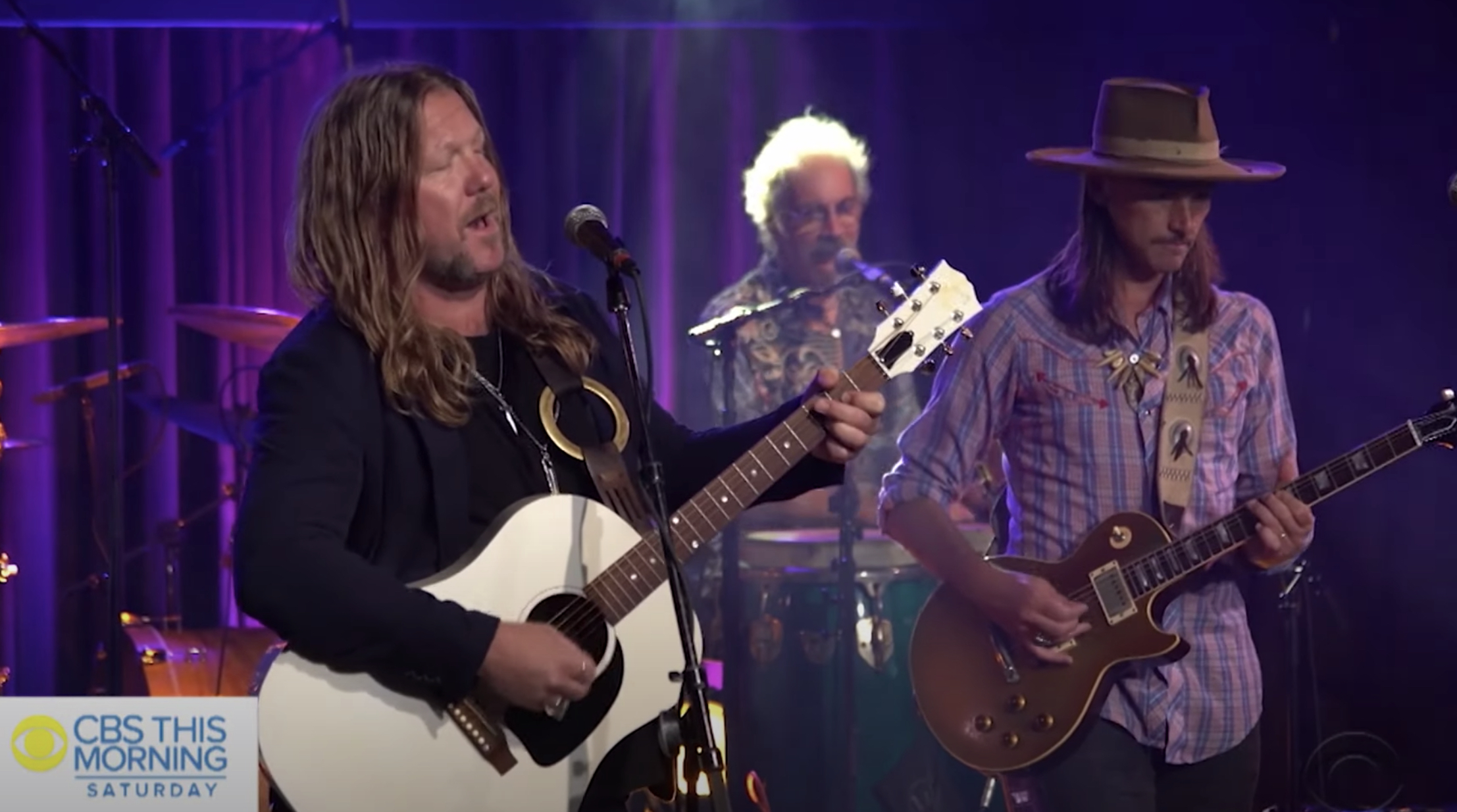 Performing from the stage of Solana Beach, California’s Belly Up venue, the group — which also boasts Berry Duane Oakley, the son of Allmans bassist Berry Oakley — played a pair of tracks from their upcoming LP Bless Your Heart, first single “Magnolia Road” and their latest cut “Pale Horse Rider.”

“‘Pale Horse Rider’ was a really fun one to write,” Devon Allman, the son of Gregg Allman, recently told Rolling Stone. “Duane [Betts] had this almost vertigo-inducing descending melodic pattern that was so unique. Once I started the lyric about a man feeling so lost and isolated with the world out to get him, the story just kind of wrote itself. The Wild West seemed the perfect to setting to tell the tale.”

Bless Your Heart, the Allman Betts Band’s second album and follow-up to 2019’s Down to the River, arrives August 28th.

In addition to the Allman Betts Band’s performance, CBS This Morning also did a piece on the rebirth of Capricorn Records, the label that specialized in Southern rock and released the Allman Brothers Band’s classic LPs: