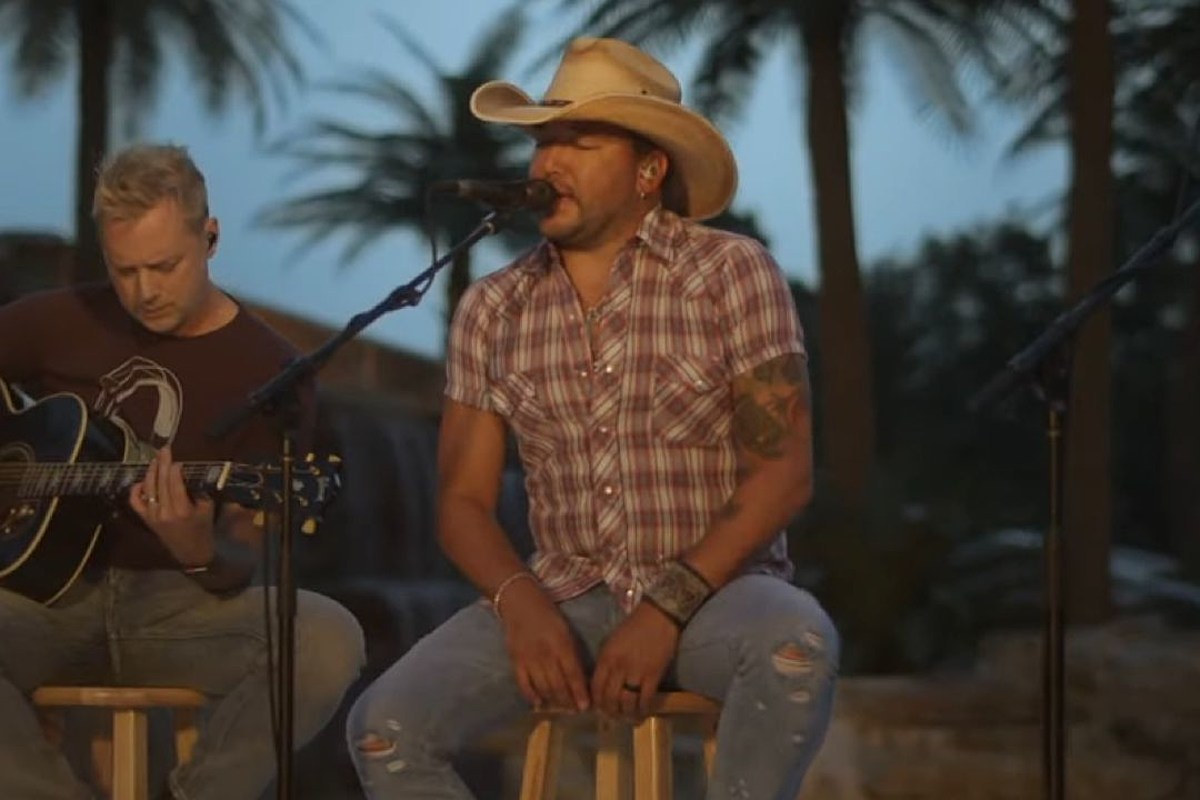 Jason Aldean goes a long way toward creating a campfire mood during his Late Night With Seth Meyers acoustic performance of his 9 single “Got What I Got.” The performance aired Tuesday (July 28) on NBC, but it was filmed at Aldean’s home in Nashville.

The crooner’s backing band dons mostly non-electric instruments for a toned-down version of the tune, performed at dusk in front of a swimming pool, as a roaring firepit provides ambiance. Press play above to watch.

Not that the studio version of “Got What I Got” is a hard and fast number. The second single from 9 is something of a slow burner that serves as a touchstone for a particular genre and era of music that the country singer seems to equate with romantic affectations.

“It reminded me of something Boyz II Men would do,” Aldean recently said of the song, as Country Now reports. “Almost like a ’90s R&B throwback song. It’s just not something you really hear in country music that much. Plus … I think we’re all just being reminded how to appreciate the people we love.”

The song — written by Thomas Archer, Alex Palmer and Michael Tyler — tells one half of a conversation between a lover trying to calm their partner’s anxieties after the person feels momentarily unworthy. The album version features electronic drums in place of the Late Night take’s cocktail-style percussion.

Aldean’s moody “Got What I Got” performance is just the latest in a string of home-based TV appearances that country stars are undertaking as the coronavirus (COVID-19) pandemic prevents most in-studio filming.

5 Expert Tips on How to Clean Suede Shoes at Home in 2023
Olivia Wilde & Jason Sudeikis Hug It Out in Public After Nasty Year
‘Avatar: The Way Of Water’ Moves Up To No. 4 Biggest Movie Ever Global, Leaving ‘Force Awakens’ In Its Wake
Review: Critics Call Cate Blanchett Absolutely Magnetic In ‘‘Tár’
Luke Combs Surveys His Life in New Song ‘Growin’ Up and Gettin‘ Old’