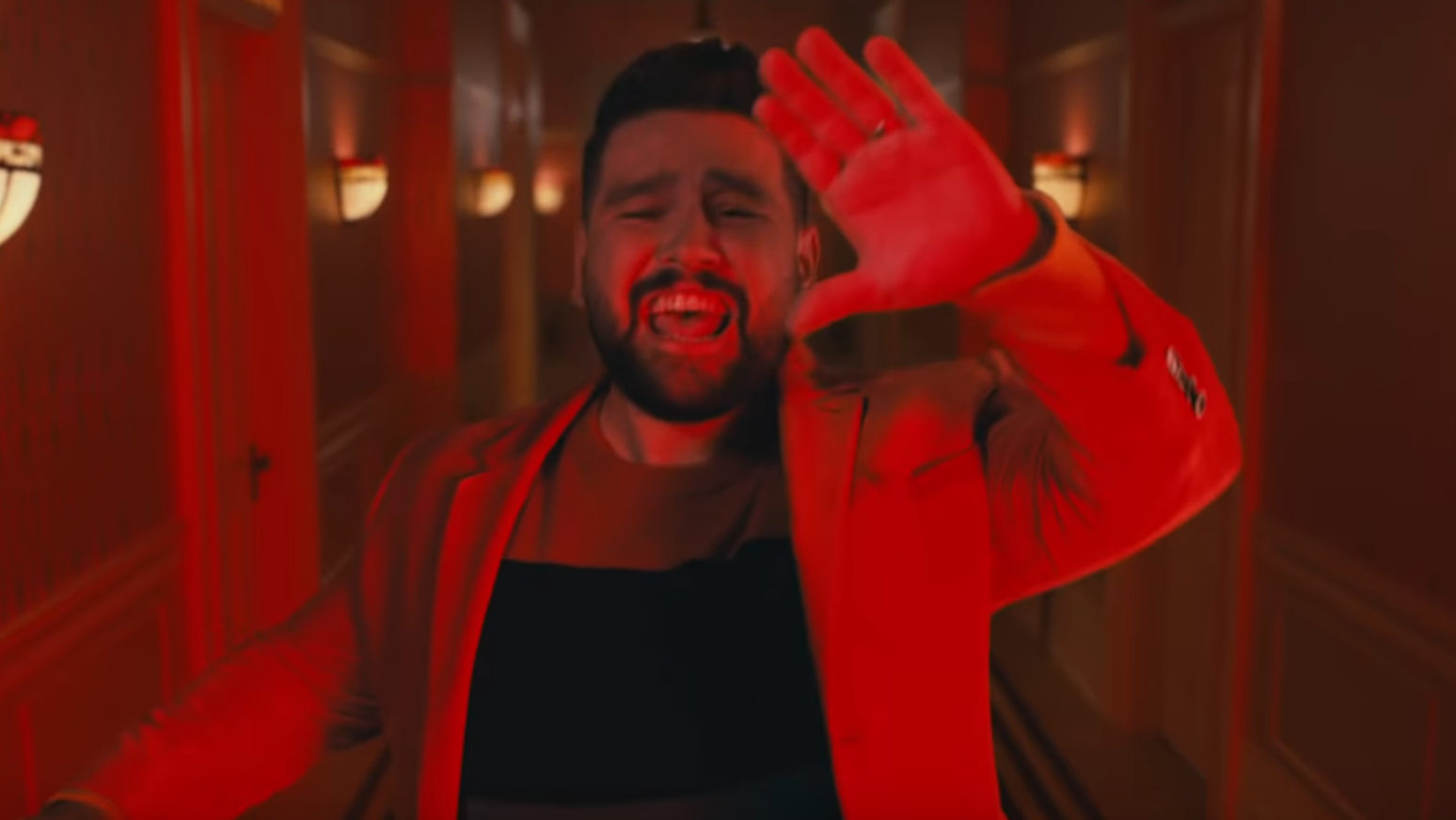 Listening to Dan + Shay’s new song “I Should Probably Go to Bed” under headphones can send you floating, thanks to its heavenly mix of vocal harmonies and sweeping strings. The video does likewise: the premise involves an entire house that becomes unmoored, lifting off skyward à la Pixar’s Up.

But this is no gentle cartoon. The video, directed by P. Tracy, is dark and restless, with suspenseful set pieces that evoke Cloverfield or some vintage creature feature. In one scene, traffic comes to a sudden stop on a town’s street, with the drivers getting out of their cars to gaze up at the flying Victorian home, whose residents — Dan + Shay — are getting thrown about inside.

“That shot leans a little more Spielberg. It’s kind of a throwback Eighties retro thing,” says the duo’s Dan Smyers, a longtime friend of the video’s director, Patrick Tracy, with whom he wrote the treatment.

The Grammy-winning duo documented both the song’s creation and the video shoot on film, and shared teaser clips from “I Should Probably Go to Bed” on Instagram leading up to Friday’s premiere. “It’s a special one. We really went for it,” Smyers says.

“I Should Probably Go to Bed” is Dan + Shay’s first new music since their collaboration with Justin Bieber, “10,000 Hours.” Smyers cites the intricate vocal arrangements of bands like Queen and the Beach Boys with inspiring the song’s sound.

“I listened to those old records when vocals were so important,” he tells Rolling Stone. “The most impressive thing to me about all of that is those guys did it for real. They did it live and would rehearse and have to sing it as a group.”