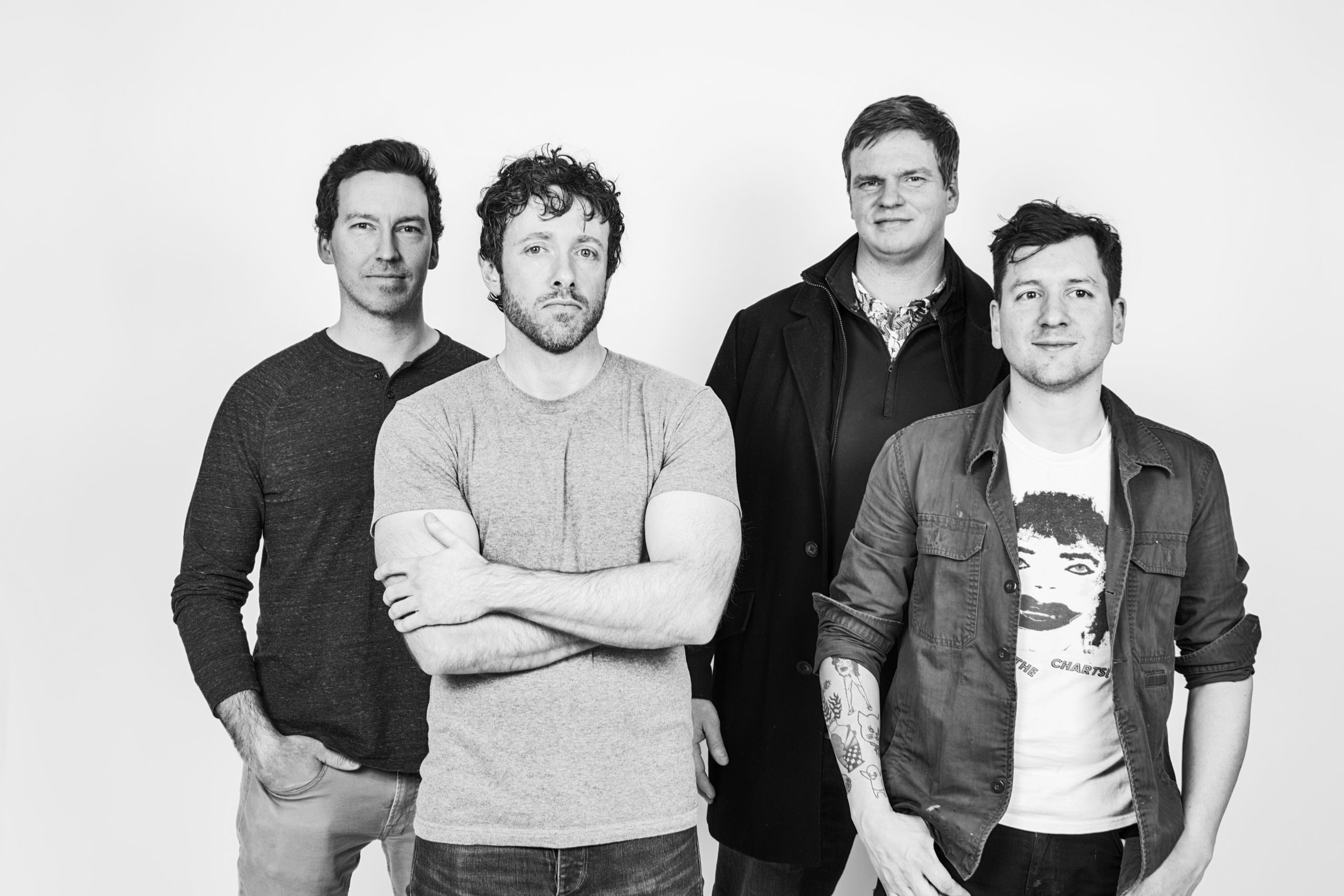 We don’t usually cover a lot of punk rock on this segment, but this changes today – The Unfit’s ferocious, no-frills approach to the genre, infused with just the right amount of indie and noise rock influences, makes for the perfect antidote to today’s turbulent climate. The band – consisting of Seattle musicians and old high school friends Jake Knuth, Michael Lee, T.J. Johnson, and Tyler Johnson – formed all the way back in 2012, posting scattered tracks online and playing sparse shows here and there. Eight years later, they’ve finally come through with their self-titled debut via Share it Music, and it’s nothing short of thrilling: ‘Caged Rats and Hamster Wheels’ kicks things off with a propulsive rhythm and riotous energy that never quite fades throughout the album, while the anthemic ‘No Culture’ boasts a classic-sounding, 90s-inspired pop punk riff juxtaposed with Jake’s unfettered delivery. The frenzied ‘The Living’ opens up about mental health with unrelenting detail: “They’re always talking/ They’re always judging/ You can’t escape it/ You’re just a loser/ A social failure,” he sings, encapsulating the whole ethos of the band in a fearlessly honest way. “But you remember/ That you’re alive,” he hollers as every instrument bursts alongside him. It’s that sense of catharsis, of raging against the worst that life has to throw at you and proclaiming your own humanity, that makes the Unfit stand out.

We caught up with Jake and T.J. of the Unfit for this edition of our Artist Spotlight series, where we showcase up-and-coming artists and give them a chance to talk about their music.

How did you form the Unfit?

Jake: I met TJ and Tyler in high school when the band that Michael and I were in played a battle of the bands with their punk band. We became friends and later all lived together where we played music pretty much every day. So, about eight years ago or so when I was feeling the need to start a new thing, it made sense to ask these guys if they wanted to join. It was just for fun. It was a means to vent.

What was the inspiration for the band’s name?

Jake: It was the idea that if being the best adapted to survive in the world is to be dishonest, selfish, shameless, and cutthroat, then I’m ok with being unfit.

Are there any influences outside the world of punk that inform your music?

TJ: Family and life. Music-wise anything with raw energy.

Jake: Outside of the world of punk, I guess I would say a lot of alternative music of the 90s influenced me as a kid, and that probably comes through. Collectively our interests are all over the map.

Was there a specific moment where you decided you were going to record a debut album?

TJ: Jake just wanted to record and didn’t know how it would turn out. It turned out pretty good so we kept it going.

Jake: For me that moment was when Cayle (from the label Share It Music) asked me last year if we wanted to do a release. He had a collection of songs that we had shared with friends years ago and was interested in releasing something. We had basically moved on from the idea of making and selling a record, but Share It seemed like a great fit, since Cayle has a relatively easy-going, charity-driven operation.

What were some of the ideas that went into the making of the album?

TJ: The challenges of not being exactly what the world wants you to be and how that fits into existing in it.

Jake: We’ve always intended to keep everything fairly simple, raw, and to the point. Nothing that felt like we were trying too hard. As far as the ideas behind the lyrics, there are some common themes and ideas, but it’s always about catharsis. This whole thing is about catharsis for me.

TJ: Fast. Just a few takes and some were the first one.

Jake: The album is a mix of old and newer tracks recorded over the years when we could squeeze recording time in with our friend Geoff Ott. We tracked almost everything live. Some songs required some fixing, overdubbing, and all that, but a lot of the songs are essentially one live take. And several of the mixes were done the same day as recording.

What’s next for the Unfit?