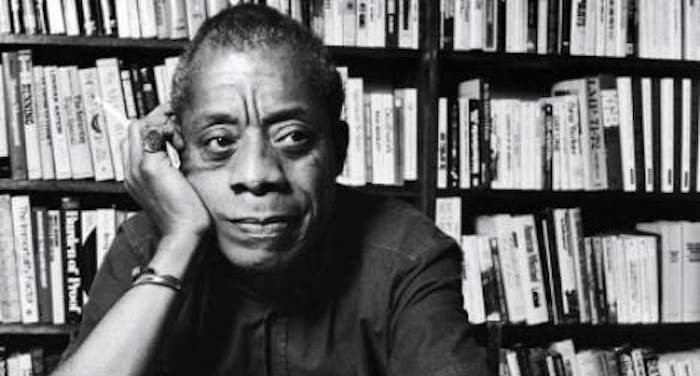 James Baldwin books entered my life three years ago. I was in the bookstore searching for new reads and spied a copy of The Fire Next Time. Immediately intrigued, I browsed through its contents. What did this small book have to offer?

Quite a lot! Raw honestly about a modern world suffering from intolerance. Sharing wisdom from one generation to another. Baldwin’s unflinching message of racism in our world blew me away! After this wonderful discovery, I searched for more James Baldwin books to read and enjoy.

Who Was James Baldwin?

James Baldwin was born on August 2,1924, in New York City. The oldest of nine children, Baldwin had a passion for reading and learning. He grew up in the streets of Harlem, where he utilized the New York Public Library for countless texts. Under his teachers’ guidance, he attended a reputable high school in the Bronx. Simultaneously, he was a Pentecostal minister. While studying for his classes, Baldwin also preached to congregations after school.

James Baldwin moved to France in 1948. He longed for a more liberated perspective, away from the discrimination experienced in New York. While living in France, he wrote numerous essays which led to his prominent literary career.  Also an influential civil rights activist, Baldwin advocated for a fair, equal world his entire adult life. He also won prestigious awards, such as the Guggenheim Fellowship and the Honorary Doctor of Letters Degree. James Baldwin passed away in 1987.

I’ve compiled some James Baldwin books to serve as a starting point to his work. His collection is extensive, so I picked the ones I closely connected with. Baldwin’s message consists of two topics: racial tolerance and spirituality. His call for activism is heavily grounded through faith. Therefore, this pairing creates a theme rich in truth!

The Fire Next Time 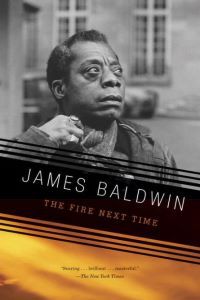 The Fire Next Time was published in 1962. Although it’s not Baldwin’s debut, it’s a good place to begin.  A small book (110 pages) with a powerful message. I flew through it rather quickly!

The first letter in the book, “My Dungeon Shook,” is dedicated to his nephew. Baldwin warns him of the struggle in being Black in America. “I know under the conditions under which you were born, for I was there,” Baldwin states. Additionally, he serves as a mentor, passing wisdom from one generation to another.

“Down At the Cross” dominates the remainder of the text. Baldwin shares his upbringing during his youth in Harlem. He leads a dual life as a student and Protestant minister. Years later, Muslim speakers have a profound effect in his craft. “…Accepting one’s past—one’s history—is not the same thing as drowning in it, it’s learning how to use it.” Thus, James Baldwin weaves his lessons of faith into his discussion on race. As a result, he grows into a strong activist.

Go Tell It On the Mountain 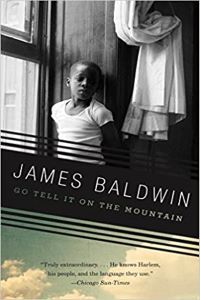 Published in 1953, this book is based on Baldwin’s life. Previously on the banned books list due to violence, it centered on the weight of choices. Furthermore, it delved into the consequences of poorly made decisions.

John Grimes is our main character, a young man exploring his place in society. John and his father have diverging paths in spirituality, a constant thread in Baldwin’s youth. Although John is the focal point, the book covers different family perspectives throughout the decades. Baldwin strongly encouraged the multiple POV story, creating a learning road for readers to travel through. Elizabeth and Gabriel’s (the parents) roots must be learned to understand John’s plight.

If Beale Street Could Talk 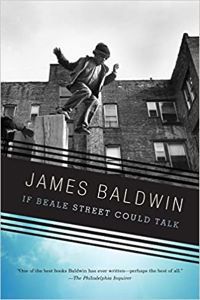 Interested in James Baldwin’s fiction? Start here! Published in 1974, community and social justice pours from the pages. Tish (Clementine), is a young mom to be. She is determined to clear her fiancé Fonny’s (Alonzo) name. Their bond begins at childhood, a friendship blossoming into love. While both families experience tension when Tish’s pregnancy is revealed, yet their underlying goal of Fonny’s freedom remains.

Tish is a resilient woman experiencing great complications. The drama between her and Mrs. Hunt is constant. She sees her future daughter-in-law as an omen in her son’s life.  However, Tish’s family and Mr. Hunt align with her goals. While everyone’s future is uncertain, it concluded with promise. Tish is a strong young woman, determined to raise her unborn child with undying love. 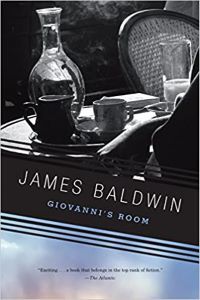 Giovanni’s Room (1956) is set in Paris. David, conflicted about his sexuality, shares with us memories of Giovanni, his true love. Same sex couples face harassment; as a result, David lives with uncertainty. While loving men, he fears the consequences. Thus, David directs his frustration towards Giovanni. He proposes to Hella (his sometimes girlfriend), plunging in a loveless bond.

Not to worry, no spoilers! David shares his engagement at the beginning of the story. However, Baldwin writes extensively (through David) about the struggles gay men faced in the 1950s. It is reflected in David’s mixed emotions with men. The excitement and anxiety felt with every affectionate advance is both emotional and raw. 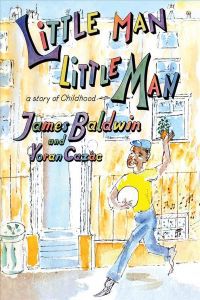 James Baldwin also wrote a children’s book! This 1976 story brings us to  Harlem. Yoran Cezac worked with James to provide stunning artwork! Tejan Kafera-Smart (Baldwin’s nephew) inspired him to create this lovely story of community through a child’s eyes.

Where To Go From Here

Seeking small bites before diving in? Check out James Baldwin Quotes! There are many words of wisdom to pick and choose from. You are sure to find your favorite!