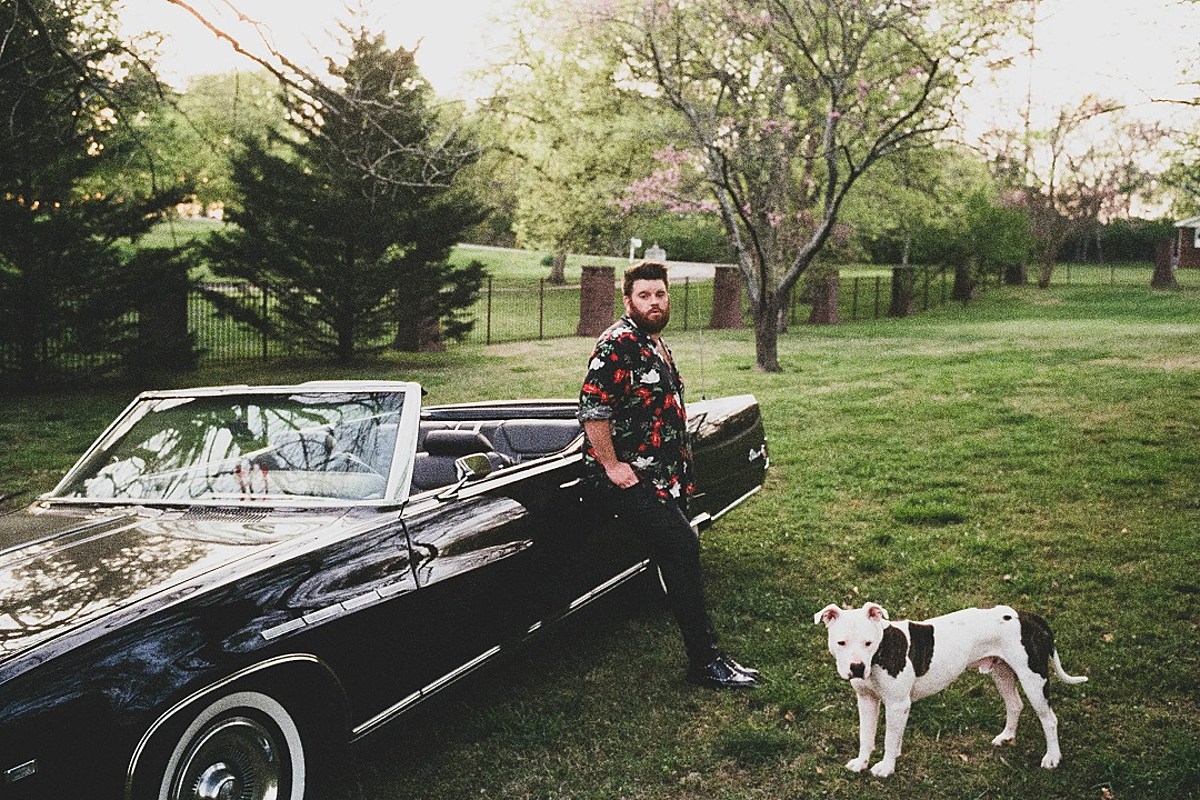 Nashville-based singer and songwriter Fancy Hagood is dreaming of a great love in his new single “Don’t Blink.” Readers can hear the soaring folk-pop track, released on Friday (July 31), above.

Written by Hagood and his collaborator Shak and produced by Jon Green and Tofer Brown, “Don’t Blink” is aspirational, the artist explains. “A lot of my songs are autobiographical, but this one not so much. It’s about the kind of love I’m longing for — a love where, if we’re apart, I long to be with them,” Hagood says.

“It’s thinking about what I want a relationship to look like,” he adds, “and how precious I want that moment to be.”

“Don’t Blink” builds from a quiet, basic guitar line to a soaring chorus of voices. “You could open my heart / I could your mind … I wanna run to you whenever I’m scared / I wanna be with you,” Hagood sings, yearning in his voice at every turn.

An Arkansas native, Hagood grew up singing in church and taught himself to play the piano as a teenager. In his sports- and religion-focused hometown, he often felt like an outsider, so he left for Nashville after high school graduation. Hagood’s given name is Jake; Fancy is a nickname bestowed on him by co-workers at a retail job he worked after dropping out of college.

About a decade ago, Hagood, who is gay, says he “hung up my shame and started speaking my truth.” He began performing in Music City, but relocated to Los Angeles after signing a management and record deal. As Who Is Fancy, Hagood’s 2015 single “Goodbye” hit the Billboard Mainstream Top 40, but his second single failed to chart, and he parted ways with the pop-focused team to come back to Nashville and try something different.

“With time comes perspective. Now I think about how young and naive I was,” Hagood says of the experience. “My artistry suffered, but I’m also incredibly thankful for the opportunities I was given. I consider that whole run my pop music boot camp. It was a whirlwind, and it really hurt when it ended, but now my new music is my therapy from all that.”

Hagood is a co-writer on Little Big Town‘s “Nightfall,” the title track of their most recent album.