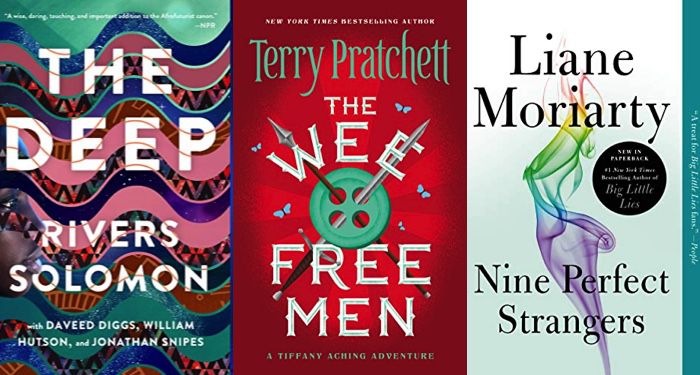 The Price Guide to the Occult by Leslye Walton for $4.99

Ayesha At Last by Uzma Jalauddin for $4.99

The Paragon Hotel by Lyndsay Faye for $4.99

The Ballad of Black Tom by Victor LaValle for $3.99

How to Find Love in a Bookshop by Veronica Henry for $1.99

Yaqui Delgado Wants to Kick Your Ass by Meg Medina for $2.99

The Rosie Project by Graeme Simsion for $2.99

A Thousand Splendid Suns by Khaled Hosseini for $1.99

The Saturday Night Ghost Club by Craig Davidson for $1.99

The Distant Hours by Kate Morton for $2.99

Blue Monday by Nicci French for $1.99

Other Minds by Peter Godfrey-Smith for $2.99

X: A Novel by Kekla Magoon and Ilyasa Shabazz for $0.99

Younger by Pamela Redmond for $1.99

Not So Pure and Simple by Lamar Giles for $1.99

Poker Face Review: Natasha Lyonne’s Peacock Mystery Is Charmingly Retro
This Is The End Of One Road, But Not Goodbye – Esoterx
The Search For Extraterrestrial Life As We Don’t Know It – Scientific American
All About Chase Sui Wonders, Pete Davidson’s Rumored New Girlfriend
The Loch Ness Monster Absolutely Can’t Be an Eel, Study Shows – Yahoo News