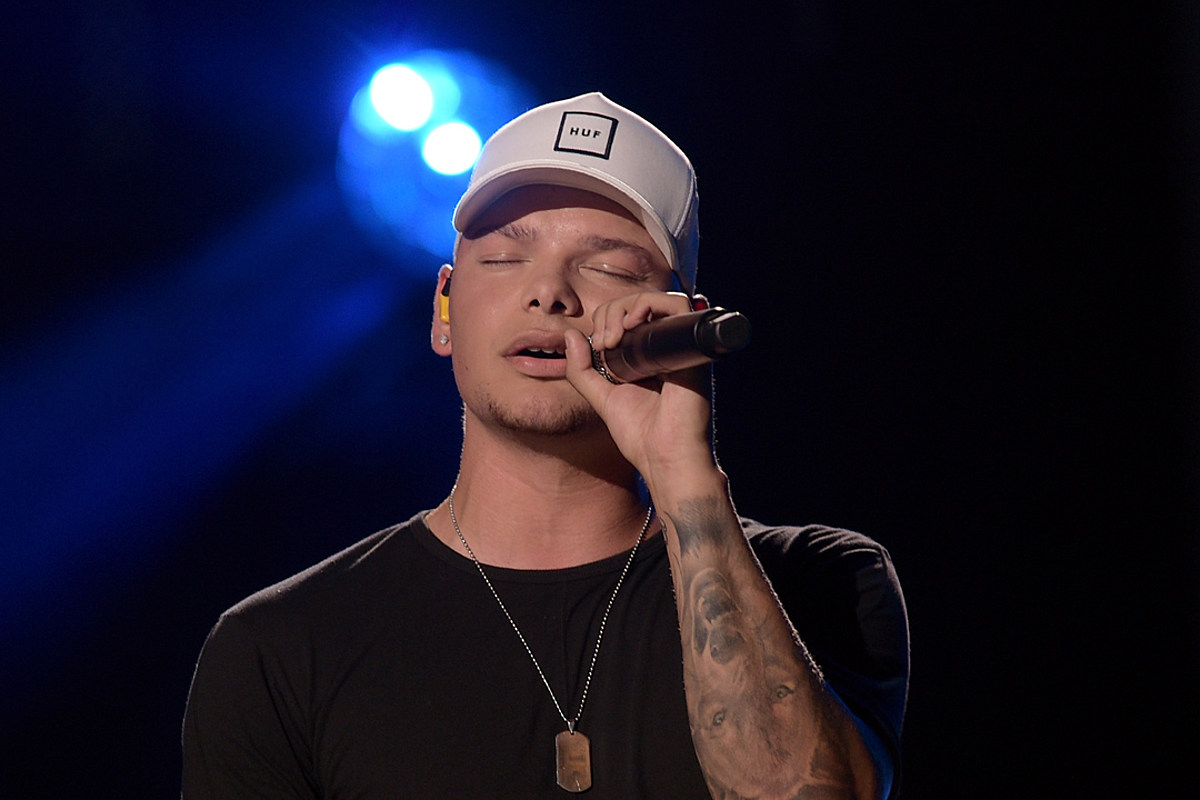 Kane Brown is honoring America’s military veterans with a very special new remix of his hit “Homesick,” and the proceeds are going to help our military heroes. The country superstar has partnered with Crown Royal and the Crown Royal Purple Bag Project to raise money and resources not only for veterans, but also for first responders who are on the front lines of the coronavirus (COVID-19) pandemic.

Military veterans Generald Wilson, Retired Petty Officer First Class, U.S. Navy; J.W. Cortes, Retired Gunnery Sergeant, U.S. Marines; and Sal Gonzalez, Retired Lance Corporal, U.S. Marines, joined Brown on the remix, singing their parts remotely, which were then mixed into the track. Though Brown has yet to meet any of them due to quarantine, he hopes to connect with them virtually soon, and he’s enthusiastic about their participation in the track, which brings a poignant new slant to a lyric that was originally about the separation of life on the road.

“It gives it a whole new feel,” Brown says. “Not only do the veterans sound amazing, but they also feel like they’re deployed. They’ve got that soul in their voice, and you really feel like you’re right there with them in being homesick.”

Brown originally released “Homesick” in August of 2019 as the third single from his Experiment album, and he says he’s heard from military personnel before that they related to the song. Including them in a remix that benefits veterans “puts a smile on my face,” he says, especially since he once aspired to serve in uniform himself.

“I tried to join before I got into music and got turned down,” he tells us. “They told me I had to get all of my tattoos removed, and I wasn’t about to do that,” he adds with a laugh about his extensive ink.

Brown sees using his music to serve veterans’ causes as “my other way of giving back.”

“They fight for us. That’s where our freedom comes from,” he states. “They sacrifice their lives and being away from their families for us. So whenever they have a need, I’ll be there for them.”

Click play on the video below to see behind the scenes of Kane Brown’s “Homesick (Veterans Version).” The Crown Royal Purple Bag Project will pack one bag to donate as a care package to the non-profit organization Packages From Home and donate a dollar, up to $100,000, to Minority Veterans of America for every stream of the song. The Purple Bag Project is part of the brand’s goal of giving one million bags by the end of 2020.

According to a press release, “Crown Royal and Kane Brown are committed to supporting the American heroes who have generously served our country during these unprecedented times, including frontline and essential workers, first responders, healthcare workers, active-duty military service members and those who are fighting for social justice in the minority veteran community.”

How To Fight New Obscenity Laws Targeting Librarians
“God Is Now Here”: Revisiting Matt Reeves’ Paranormal Procedural “Miracles” for Its 20th Anniversary
How TikTok Remade the Runway
Tim Allen Flashes ‘Home Improvement’ Costar in Resurfaced Blooper Clip
A Survival Guide to the Infected Fungus ‘Zombies’ of The Last of Us